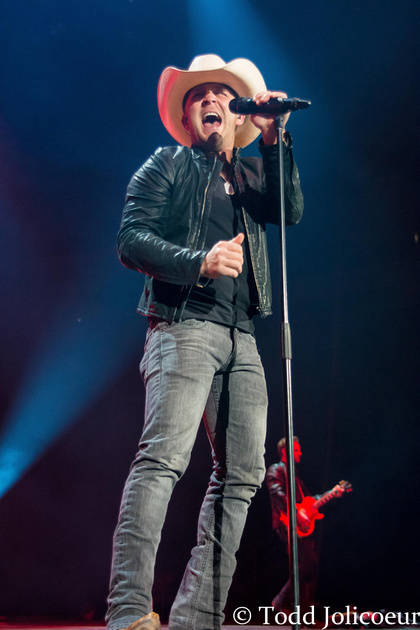 Justin Moore is out supporting his latest effort, the recently released Kinda Don't Care, and we were there when the tour landed at Toledo, OH's Huntington Center with newcomer William Michael Morgan opened the show.  From the minute the music started, this capacity crowd was ready to get their country on and enjoy a night of great music from a couple great performers. 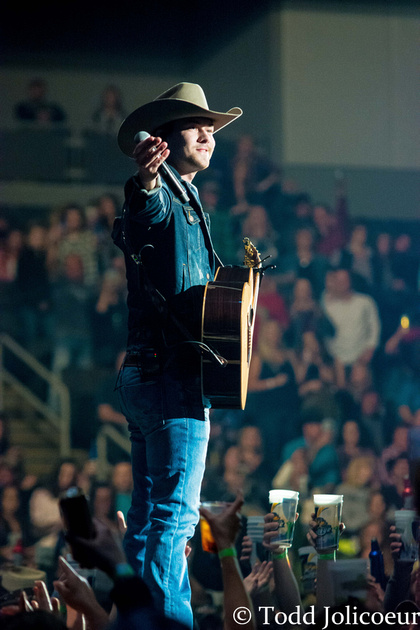 William Michael Morgan took the stage to warm up the crowd for Justin Moore, but this guy and his band brought a slightrly different sound and style to the table, helping set himself apart from the headliner, but demonstrating how ingrained his sound and vibe are to modern country while keeping the classic country sound alive.  From the minute he started playing "People Like Me" from his debut release Vinyl, the crowd was reeled in and taken for a country ride with a set full of songs from the 2016 release as well as some cool covers that show not only William Michael's influences, but the direction of his music.  Listening to this young guy perform, you can't help but listen to the old soul behind the voice, even when the lyrics play to the youthful side of singer.  The audience dug every song they heard during the set, from old school covers to new tracks like the title track and the recent #1 single "I Met A Girl."  I cannot wait to see what happens next for Morgan... other than the show I get to see tomorrow night. 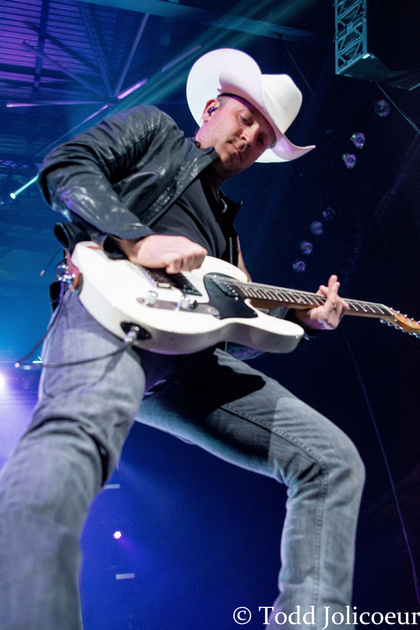 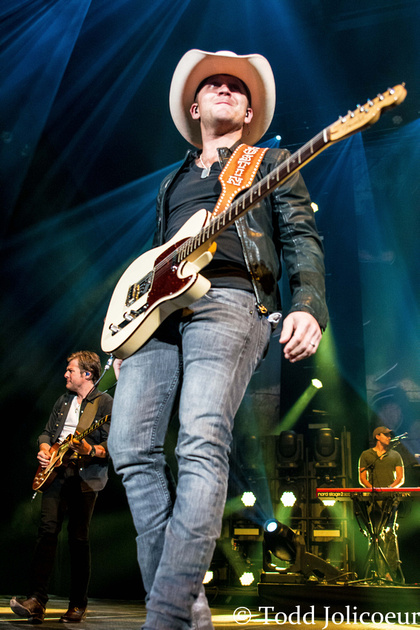 Justin Moore is one of those guys that delivers each time he hits the stage, whether opening or headlining (I have been fortunate to witness both).  With guitar in hand, he took his spot center stage and ripped into hits from his catalog, giving everybody something to love, something to dance to - and there was a lot of that whether people we dancing in their seats or around the back of the main floor.  With a setlist cultivated from his four releases, there was sure to be something to please everybody that packed the venue.  Moore and his band moved throuw the songs with ease, showing how tight they have become as a band and touring unit.  The singer sounded great from first note to last, and his energy was intact from the opening of the show on through the last song of the encore.  The saet featured a lot of hits, including three tracks from the lastest disc - the two singles "You Look Like I Need A Drink" and "Somebody Else Will" as well as the collaboration with Brantley Gilbert, "More Middle Fingers."  Toledo got to see a side of Justin that not many audiences get - after playing a song midset, he placed his cowboy hat on his mic stand in a show of respect.  The hat slid off and fell to the stage, where a fan did something to the hat.  After a few words, the singer proceeded with the show without his trademark hat and instead opted for a ballcap.  It's not often he is seen performing without his cowboy hat.  The set was punched up with guitar solos, heavy handed bass lines, smooth keyboards, and some thunderous drumming from the players in the band.  A mid-set treat of mini solos from the various guys added a little depth to the show.  A few of my personal favorites we a part of the set , including "Point At You" which was part of the opening trio of tracks and "Small Town USA which helped book end the show near the end.  The performance and set prompted me to not only pick up the deluxe version of his new disc from the merch stand, but to scour his site looking for a greatest hits collection.  When Justin and his band swing through or near your town in 2017, grab a ticket and enjjoy a great night of music from a great performer. 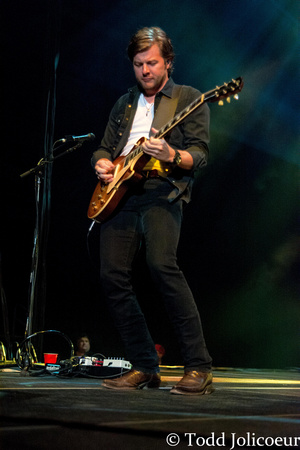 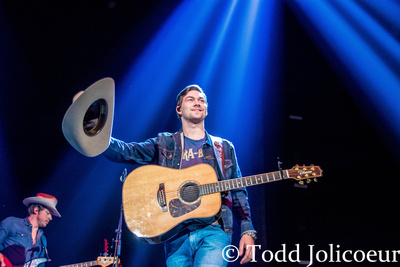