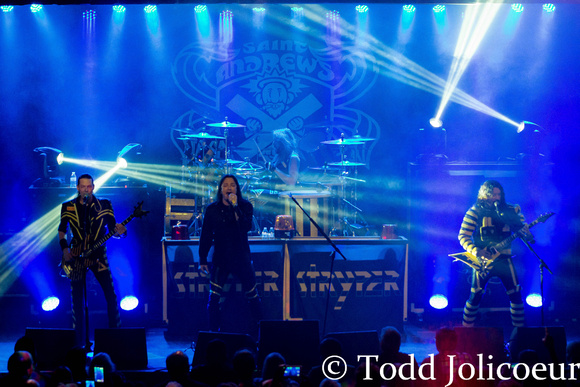 Stryper is celebrating the thirty year anniversary of their disc To Hell With The devil with a US tour, and the list of dates wouldn't be complete without a visit to Detroit.  Playing the disc in order from front to back with the premise, the bands yellow and black attack took over St. Andrews Hall in Detroit and as fans wrapped around the building to get in, there was excitement all around to hear these songs once again. 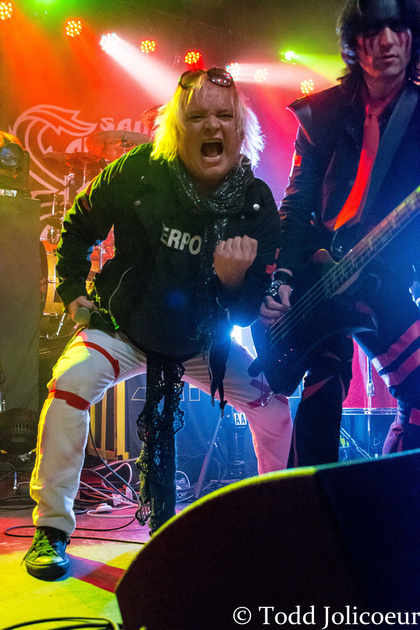 Kicking off the show, local guys Artificial Agent immediately thrust the crowd into an 80's rock vibe with their sound and look, while adding a fresh new twist to both.  With songs that could just as easily have been written back in 1986, these guys owned the stage for their alloted time and demonstrated that the vibe and sound that everyone in attendance loved is alive and well in the hands of this generation of rockers as well.  With little time and even less space, the foursome tore through some of their best material pleasing their fans and even picking up some new ones along the way.  It is always fun to see and hear this great band regardless of the stage and venue.  The best thing about them, besides their ability to craft 80's like tunes in the 2010's, is seeing the love they have for the genre and what they do. 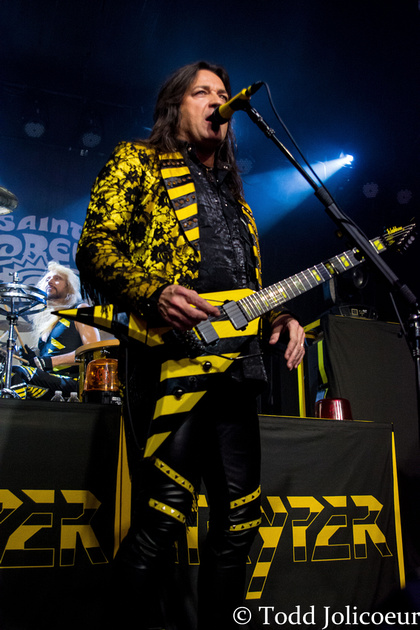 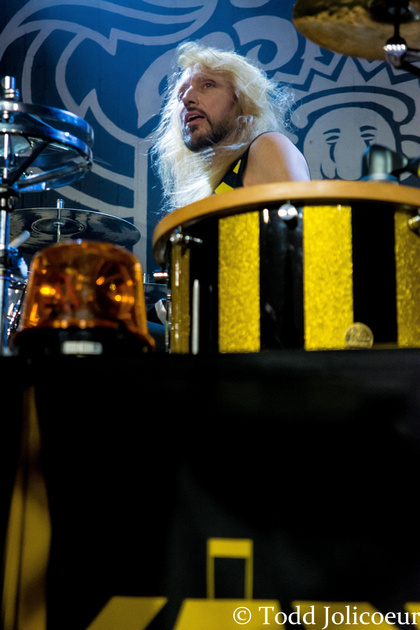 With the promise of an original lineup, the original outfits, and hearing the seminal album To Hell With The Devil in its entirety, how can a rocker go wrong with a ticket to the current Stryper tour?  Quite simply put, you can't.  With a cool intro video that covers the bands rise in 1986 and their reflection on this milestone, the show gets off on the right foot.  Soon the guys hit the stage and we are off and running with the title track blasting through the multitude of amps and speakers.  The vocals are as rich as ever if not better.  The band is firing on all cylinders as they move through rockers and ballads from the 1986 release, with the biggest sing-a-long of the evening taking place on the track "Honestly.” The audience ate up each song, each note, each lyric... basking in the history of the band while enjoying the current sound and presence of the foursome - vocalist Michael Sweet, drummer Robert Sweet, lead guitarist Oz Fox, and bassist Timothy Gaines.  Listening to these classic songs played to perfection by the guys who wrote and recorded them took you back to the first time you heard them.  Once the classic disc received its due, the band returned to play through some of their other hits as well as newer material, letting the crowd know that they are no one-trick pony... that they have and still do rock with the best of them.  The band tore through great songs from their catalog such as "God," "In God We Trust," and "Soldier Under Command."  As the set moved toward the end, the band seemed to bump their enthusiasm and energy up with each song played, until the evening culminated with the band and audience enjoying each song together.  Listening to the band play and watching them enjoying playing together, we can only hope this means more tours and material will follow for years to come. 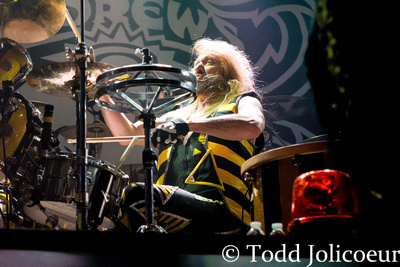 Setlist: Abyss (To Hell With The Devil) - To Hell With the Devil - Calling on You - Free - Honestly - The Way - Sing Along Song - Holding On - Rocking The World - All Of Me - More Than A Man - Yahweh - In God We Trust - God - Revelation - Caught in the Middle - Surrender - Soldiers Under Command - Makes Me Wanna Sing