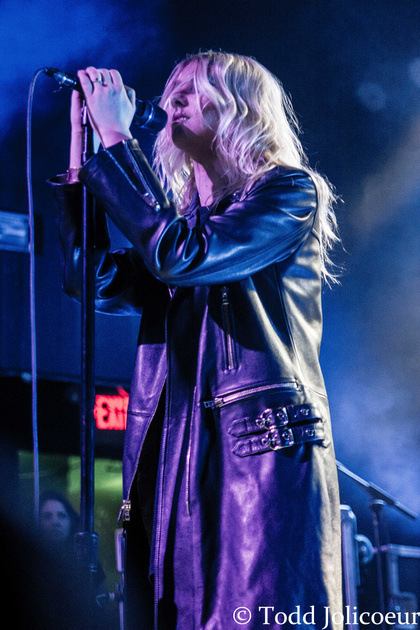 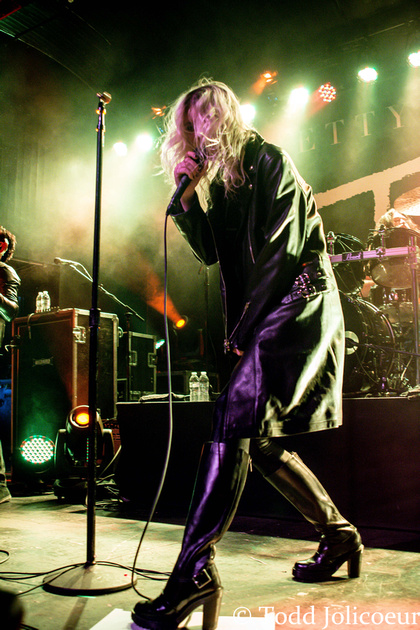 The sold out crowd that packed Detroit's Saint Andrews Hall on a Thursday evening waited in long lines to get in, waded through a sardine-packed mainfloor to jockey for position, and two opening bands while waiting for The Pretty Reckless to take their positions on stage and rock out.  When the time came and the lights dimmed, the audience's response grew as guitarist Ben Phillips, bass player Mark Damon, and drummer Jamie Perkins took their spots... and the place exploded when frontwoman Taylor Momsen took her place behind the mic, dressed in black with her flowing blond locks covering her face.  With little fanfare or introduction, the band tore into set opener "Follow Me Down" and all bets were off.  The band sounded tight and fired on all cylinders.  The musical accompaniment was played to perfection through time changes and mood shifts in the song while Momsen delivered the song flawlessly.  The band dipped into their debut release next with "Since You're Gone."  The energy of this track grew and morphed, especially during a rousing guitar solo from Phillips.  The band's latest release, Who You Selling For saw action next with a small introduction from Taylor before the band delivered their most recent single "Oh My God" before turning once again to their debut for killer renditions of "Make Me Wanna Die" and "My Medicine," with teh former getting the crowd revved up and ready for more rock and roll.  The bands over the top second album Going To Hell was well represented with the title track, the previously mentioned set opener, as well as "Sweet Things" and set closer "Fucked Up World."  Another great track from that disc, Heaven Knows was one of the highlights in my opinion, as it brought the raw emotion of the originally recorded version to the live setting.  The recent collection was rounded out when "Living In The Storm" and  - the discs debut single "Take Me Down."  The set wasn't that long, but it was packed full of killer riffs, drum fills, pounding bass lines, and of course the killer vocals we have come to expect from Momsen.  Having been a fan of the band from the first release, this show was a great introduction to their live performance.  If you get the chance, be sure to check them out on their current tour. 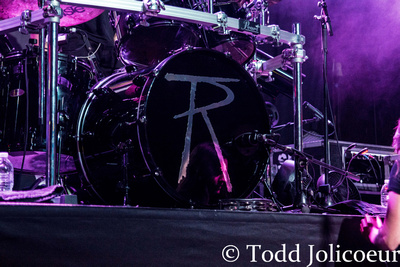 Setlist: Follow Me Down - Since You're Gone - Oh My God - Make Me Wanna Die - My Medicine - Sweet Things - Living In The Storm - Heaven Knows - Going To Hell - Take Me Down - Fucked Up World