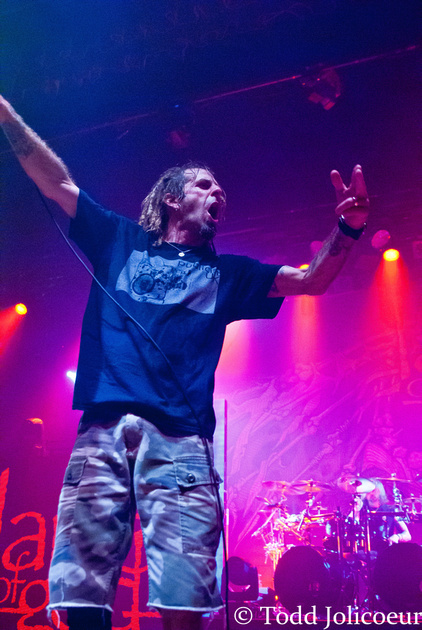 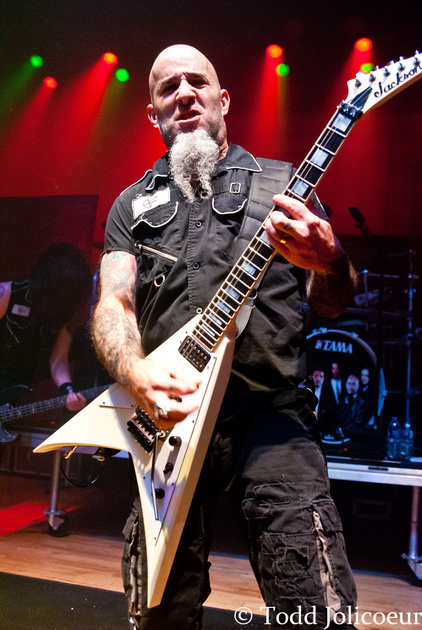 Metal titans Lamb Of God and Anthrax teamed up for an early 2016 tour, bringing thrash and some of the heaviest metal around today to theatres around the country, including a killer show at the Royal Oak Music Theatre.  After good sets from metal startups Deaf Heaven and Power Trip, the legends Anthrax hit the stage for a short set that covered the classics and more than adequately warmed up the crowd for Lamb Of God.  The energy that each band brought to their performance was matched in blood, sweat, and tears metro Detroit's metal faithful that made the trek out on a Thursday night to see these bands do what they do best... rock the fuck out. 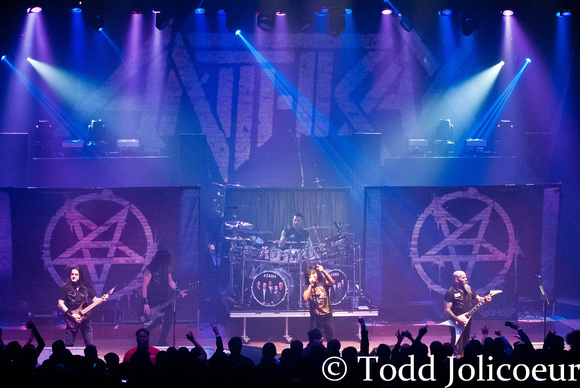 Anthrax took the stage on time and immediately ripped into material the band and audience were both very familiar with.  Between the twin guitar attack from Scott Ian and Jonathan Donais and the insanely tight rhythm section of bassist Frank Bello and drummer Charlie Benante, the sound system and every bit of space in the building were filled with thrash metal at its best.  Vocalist Joey Belladonna moved all over the stage - from side to side and front to back.  The setlist did contain two new tracks from the soon to be released For All Kings with "Evil Twin" and Breathing Lightning" being showcased - adding to the classic tracks that were unleashed this evening.  Those older songs sounded as crisp as the original recordings, but with an added bit of power and crunch, due to the energy the band brought this evening.  The two tracks from the bands 2011 release Worship Music played, including show opener "Fight 'Em While You Can't" and "In The End" helped to fill the space between the first and last notes of Anthrax's performance this evening.  The band's cover of Joe Jackson's "Got The Time" from Persistence of Time is always a great add to the show.  State Of Euphoria's "Antisocial" sounds as if it was recorded yesterday and keeps the nuances of the original attitude and feel of the track alive.  The 1987 classic Among The Living supplied the remaining tracks in tonight's performance - "Caught In A Mosh" and "Indians."  One can only hope these guys will keep the momentum going once the new material is unleashed on the public in a couple weeks and head out on tour, playing a longer set to demonstrate they still have the goods and can deliver night after night... just as they did tonight in Royal Oak, MI. 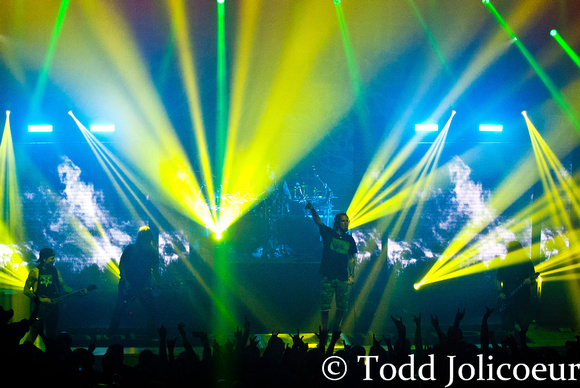 After Anthrax's powerful set. the road crew went to work and shifted the stage for the evenings closer Lamb Of God. The five-piece wasted no time whipping the crowd into a metal moshing frenzy, as they began their fifteen song aural assault on the eager Royal Oak crowd.  Starting the night off with the lone track from the bands Resolution release, "Desolation" tore through the darkness and set the tone for the rest of the show.  Touring to support their latest release VII: Sturm Und Drang, singer Randy Blythe and crew peppered four of the discs tracks, including "Still Echoes," "Erase This," "512," and "Overlord" throughout the set, keeping everything shifting between the different releases in the bands catalog.  The guitar work from Mark Morton and Willie Adler were crisp and bone crunching.  The thrashing from their respective side of the stage kept things flowing and heads banging.  The bands debut release, New American Gospel, was featured with one track - the aggressive "The Subtle Arts Of Murder And Persuasion."  Resuming his seat behind the kit, drummer Chris Adler kept perfect time and helped control the flow of the show as the band worked through more tracks from its catalog.  "Walk With Me In Hell," from Sacrament got hands in the air and brought out the crowd surfers in full force.  Other tracks from that release featured tonight included "Blacken The Cursed Sun" and set closer "Redneck."  Bassist John Campbell moved from left to right across the stage, while helping anchor the sound with his heavy-handed and punishing bass licks.  Two of my personal favorites, "Ruin" and "Vigil," both from 2003's As The Palaces Burn helped round out tonight's set.  "Set To Fail" from Wrath was another high point of the evening, as the band seemed to be firing on all engines on this track.  Frontman Randy  Blythe was all over the stage, pumping the crowd up with his vocals and stage presence, and guided the band and crowd through three tracks from Ashes Of The Wake - "Laid To Rest, Now You've Got Something To Die For, and The Faded Line.  If you get the chance to catch one of the final shows on this leg of the tour, don't hesitate to get out and experience the live show that is Lamb Of God. 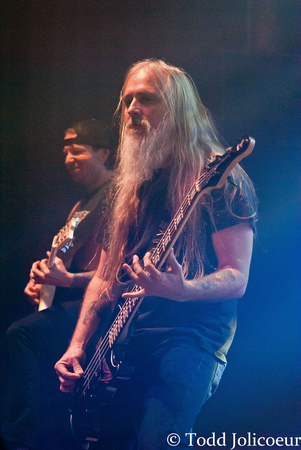 Setlist: Desolation - 512 - Walk With Me In Hell - Still Echoes - Ruin - The Subtle Arts Of Murder And Persuasion - Overlord - The Faded Line - Now You've Got Something To Die For - Set To Fail - Blacken The Cursed Sun - Erase This - Vigil - Laid To Rest - Redneck 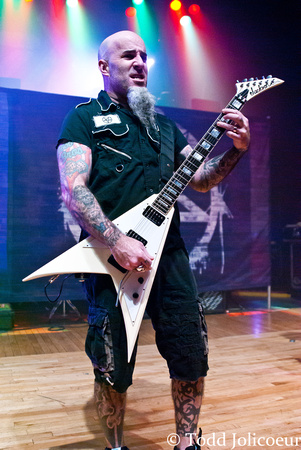 Setlist: Fight 'Em Til You Can't - Caught In A Mosh - Got The Time - Antisocial - Evil Twin - In The End - Breathing Lightning - Indians