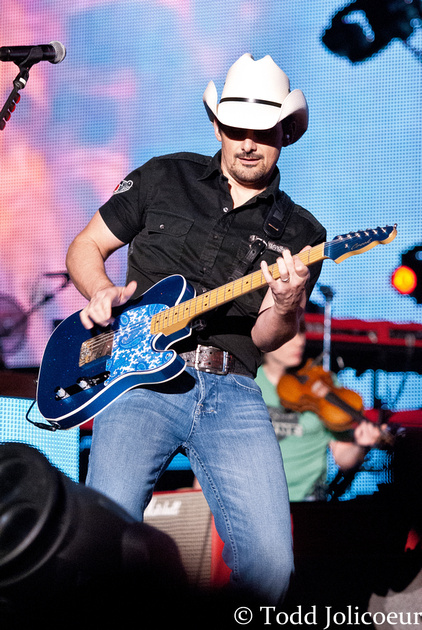 Wrapping up his Crushin' It World Tour, Brad Paisley with special guest Eric Paslay in tow, dropped into Toledo, OH on a Thursday evening and played a killer set filled with hits for a packed Huntington Center crowd.  The mood was fun and the atmosphere electric as the seats filled up in anticipation of a night packed with great music and good times. 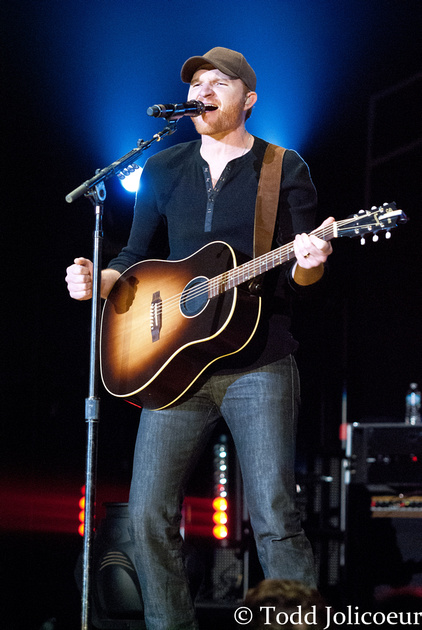 Eric Paslay opened the show, but didn't perform like a rookie - he brought his A-game and a setlist packed with his hits and those he wrote or co-wrote for others.  Armed with an acoustic guitar and a great band behind him, Paslay took control of the evening and didn't let up for 60 minutes.  With a new album coming soon, he played some new stuff, including the current single "High Class" and even a couple new tracks that weren't known to, but embraced by, the audience.  Playing his own rendition's of Jake Owens' Barefoot Blue Jean Nights" and Eli Young Bands "Even If It Breaks Your Heart," Eric delivered great music and kept the tempo flowing.  Tossing in a Rolling Stones cover didn't hurt, but the crowd lit up at the end of his set when he turned an ordinary Thursday evening into a crazy "Friday Night," adequately revving the audience up for the headliner Brad Paisley. 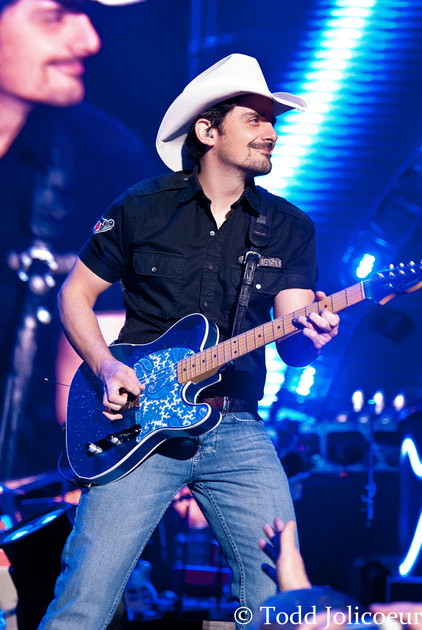 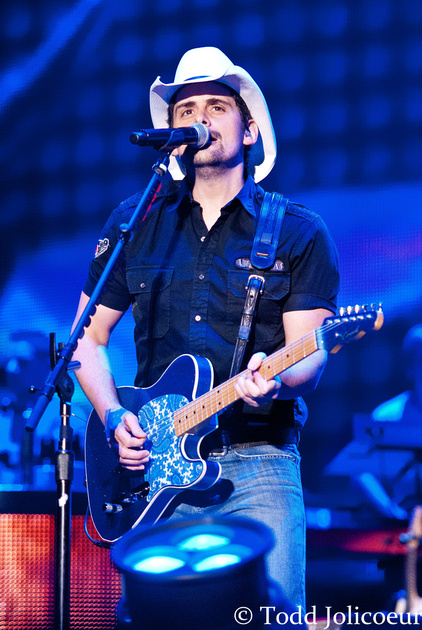 Some artists impress with their stage show, others with antics on and off stage, and yet still their are performers that pull together great songs and bands and play their asses off.  Brad Paisley is a little bit of each, with emphasis on the latter.  His stage is filled with a great band and minimal flare.  The meat of this show are the songs and players behind them.  Known for his pranks, there was no tricks tonight... only treats.  The capacity crowd that packed the Huntington Center got exactly what they came for tonight - a killer performance from an artist that can sing, can play the hell out of a guitar, and genuinely loves what he does.  Opening with "River Bank," Paisley set the tone for a good time.  There were plenty of moments for loves songs and bringing the tempo down a bit, but the songs that reflected more of a party atmosphere seemed to pump a little more excitement and enthusiasm into the crowd, even as the set wound down when Brad and his band closed with "Alcohol."  There were hits galore performed tonight and as the crowd sang song after song, it was apparent everybody's favorite was being played tonight.  In addition to writing some great songs and singing them to perfection this evening, it was fun watching his play guitar with precision and nail every solo; this guy can play! In addition to the opening song, Paisley played several songs from his 2014 release, including the title track "Moonshine In The Trunk" and the most recent single "Country Nation."  There were plenty of songs from throughout his career and catalog, but a cool moment in the set was when Eric Paslay joined him onstage for 2003's "Celebrity."  This tour is wrapping up, but if Paisley drops a show near you any time soon, I suggest scraping together a few friends and heading out for what is guaranteed to be a great time filled with awesome music. 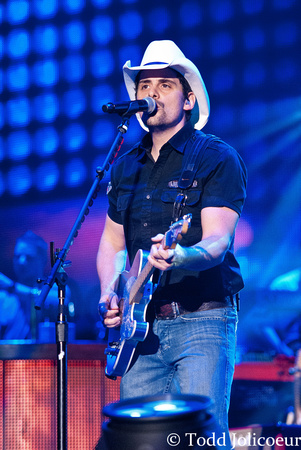 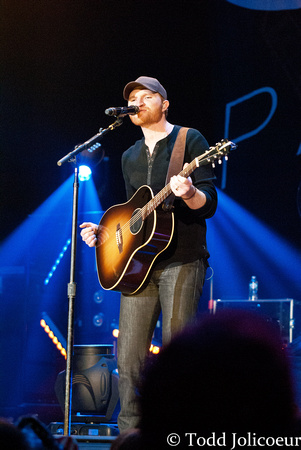 Setlist: Song About A Girl - Like A Song - Never Really Wanted - Barefoot Blue Jean Night - She Don't Love You - UNKNOWN - (I Can't Get No) Satisfaction - Water Into Wine - Even If It Breaks Your Heart - High Class - Less Than Whole - Keep On Fallin' - Friday Night