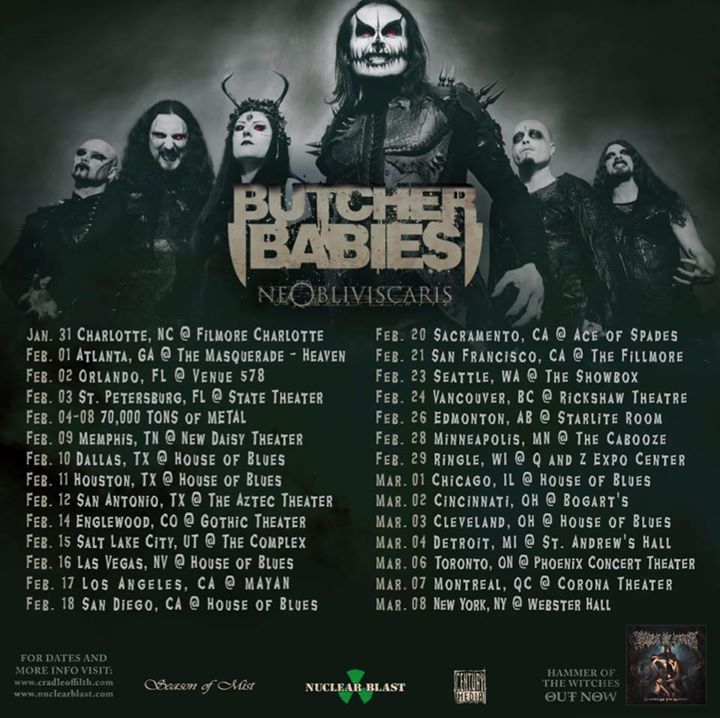 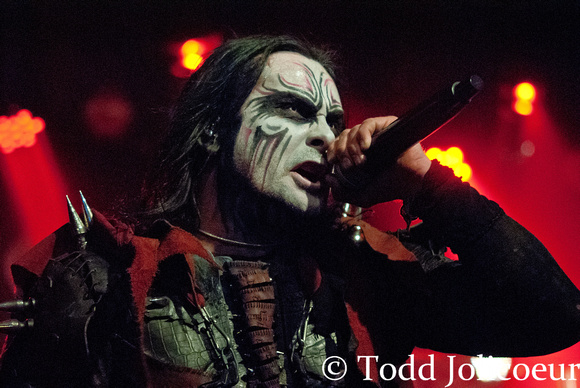 With a new disc to support, Dani Filth and the rest of his band comprising Cradle Of Filth, have hit the road and brought their madness across the ocean to North America, looking for more souls, er fans, to entertain and enlist.  The show is one to behold, from the mood lighting and makeup to the songs that have created a stir in many countries, not to mention one of the most banned merch items ever seen at a concert.  Taking over Saint Andrews Hall in Detroit on a Friday evening, Fith and gang - along with special guests Butcher Babies brought one of the more interesting shows in a long time. 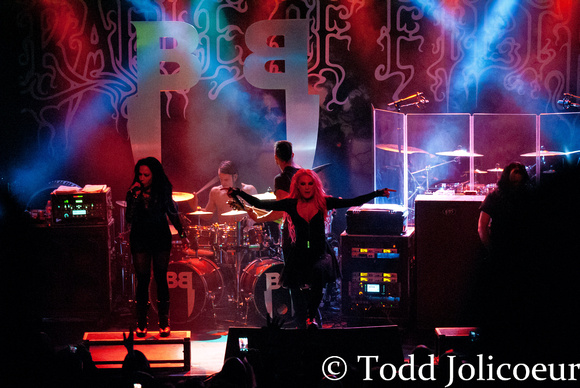 Butcher Babies are Cradle of Filth's special guests for this run of dates in North America.  Carla, Heidi, and the rest of the band moved through a set that included tracks from their catalog, covering bases that kept their fans happy.  Carla, a Michigan native, had family and friends in the crowd, and there were several nods to Detroit from the stage.  The band whipped the crowd into a frenzy calling for, and receiving, mosh pits at various intervals during their performance, as well as a lot of crowd surfers who were looking for high-fives from the two singers.  At one point Heidi climbed down into the front pit and sang with the crowd.  While having to restrict the amount of movement around a packed stage, the typically very mobile band did the best with the space provided and delivered a great show. 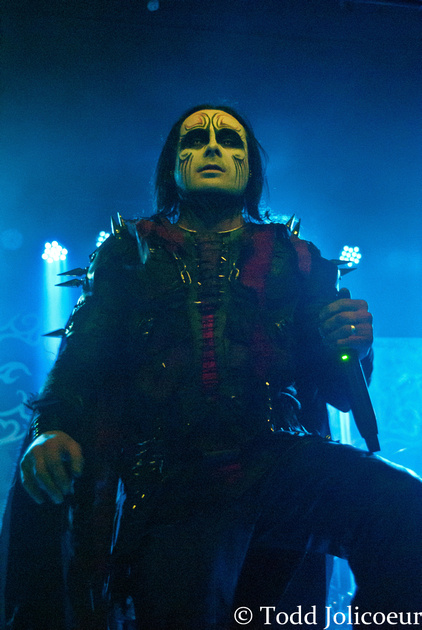 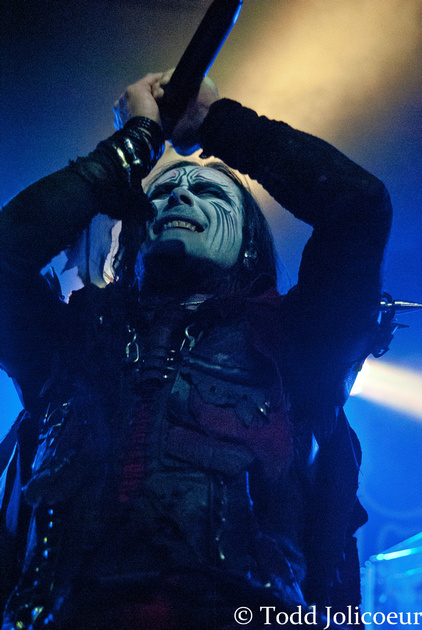 Cradle Of Filth is one of those bands that never seems to tour with any consistency in North America, so when they throw dates up, you check your schedule and make sure to see the show.  This band isn't for everyone, but from a visual standpoint, combined with their dark toned version of heavy metal, Cradle brings their A-game live.  Frontman Dani Filth takes you on a visceral journey, through his presence and makeup and his vocals that run from dark lower registers to screaming high pitched squeals that bring emphasis to the lyrics and music in general.  Surrounding himself with two guitarists, bass player, keyboards, and a drummer, Filth makes sure no stone remains unturned during their lengthy set.  The band carried themselves and played each song without much deviation from the originally recorded material, maintaining the sound the fans wanted, while demonstrating how tight they are as a unit and performers.  Hopefully fans of the band that missed this swing through won't have to wait as long to see them once again. 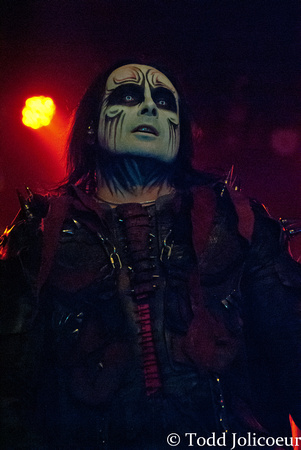 Setlist: Humana Inspired to Nightmare - Heaven Torn Asunder - Cruelty Brought Thee Orchids - Blackest Magick In Practice - Lord Abortion - Right Wing Of The Garden Triptych - Malice Through The Looking Glass - Deflowering The Maidenhead - Honey & Sulphur - Gilded Cunt - Walpurgis Eve - Yours Immortally - Nymphetamine - For Your Vulgar Delectation - Her Ghost In The Fog - From The Cradle To Enslave - Blooding The Hounds Of Hell 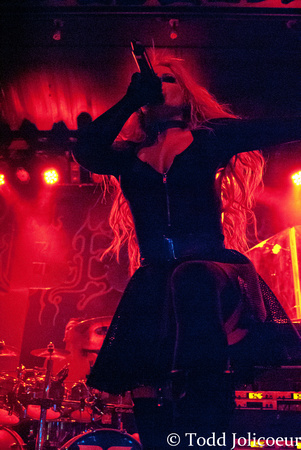