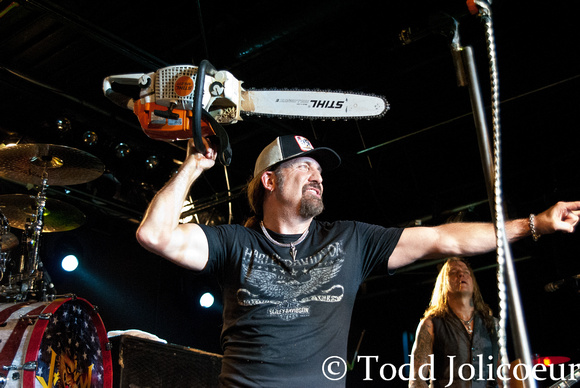 Closing out the week-long 14th Anniversary of Fint, MI's Machine Shop, Jackyl rolled into town and brought a killer setlist, some Jesse James Whiskey, and the almighty chainsaw.  With two bands warming up the crowd once the doors opened, it wasn't long before Jesse, Jeff, Chris, and Roman took to the stage and delivered a fun night of rock and roll. 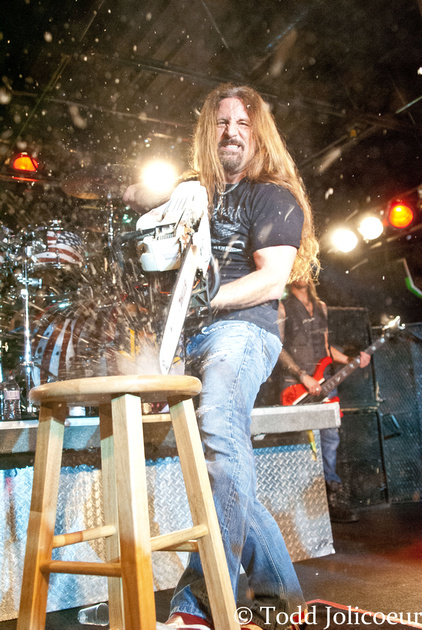 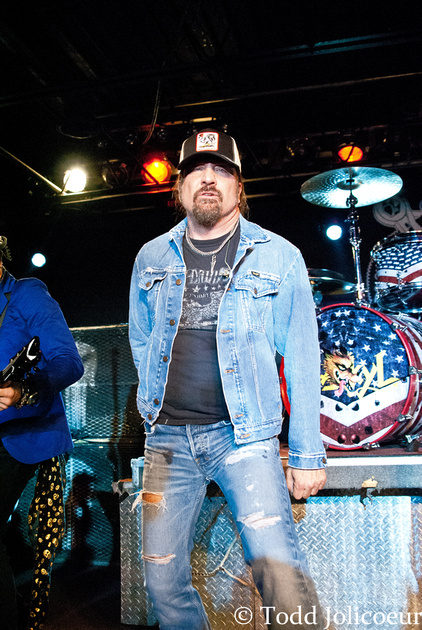 It's always a great time when Jackyl brings their special blend of rock and roll to any stage, but when you swirl that show together with an anniversary party, you have a killer combination.  From the moment Jesse James Dupree hit the stage with bottle in hand, until the last flecks of sawdust hit the floor, the band brought energy and fun to The Machine Shop in Flint, MI.  Normally a Sunday night might not bring a packed crowd ready for a rock show, but when Jackyl is in town, every night is Saturday night.  With the front half of the set being loaded with material since the first disc, the fans were treated to material that spans the last two decades, including newer tracks (some yet unreleased... music coming soon folks)!  Throughout the show, guitarist Jeff Worley played his ass off, demonstrating both his knowledge of the material and a guitar, as well as his love for the songs.  One of my all-time favorite tracks, "Push Comes To Shove" was featured and brought my energy level up.  As the band worked towards the end of their set and started launching the big hits from the debut disc, the crowds enthusiasm and participation grew.  There was a glare in Jesse's eyes as he steered the setlist to what he considered the one fixture in a Jackyl show - "I Stand Alone."  Throughout the show, the foundation was anchored properly by drummer Chris Worley and bass player Roman Glick controlled the tempo and flow of the show - taking the audience on a fun rock and roll ride.  In typical fashion, no Jackyl show is complete until Jesse brings out his Stihl saw and does a number on a stool to open and close "The Lumberjack."  Watching the sawdust fly and fill the venue is a sight to behold - and not one you will see at any other performance from any other band.  We can only hope the new material hits sooner than later and these guys work their way backup to Michigan and another packed show at The Machine Shop. 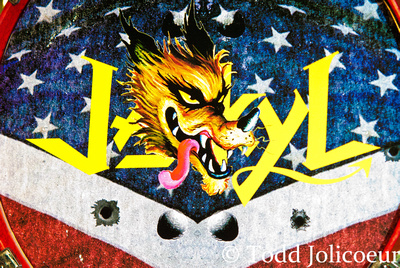