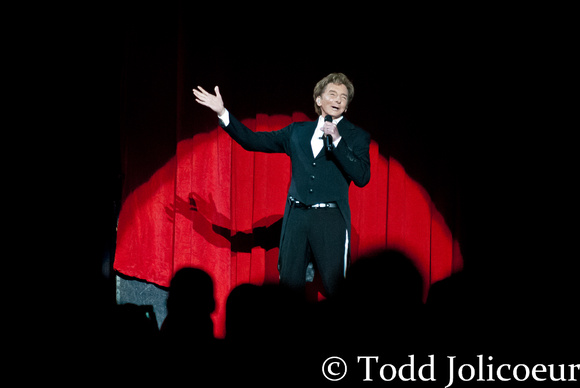 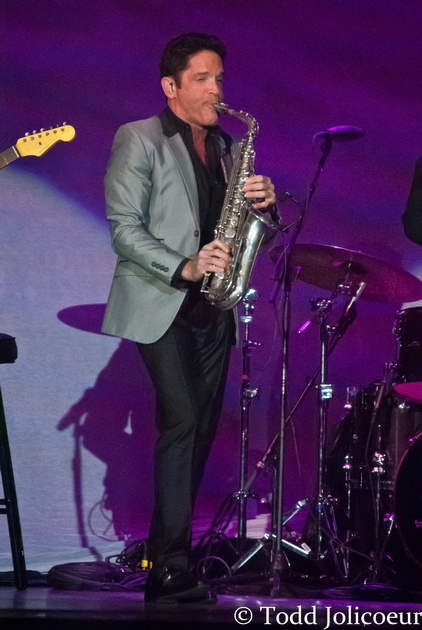 Dave Koz kicked open the show at 7:30 and made the most of his 30 minutes on stage.  I grew to love his music after seeing and hearing him perform with Richard Marx when he was just starting out, but Dave jumped out of the pop/rock world and has made a huge a splash in the jazz and AC market.  With hits under his belt, he has taken the stage opening for Barry Manilow on his One Last Time tour night after night and, if tonight was any indication, has been wowing the crowds and gaining new fans.  Listening to songs I have come to enjoy over the years, in addition to other newer track lsuch as a cover of "Let It Go" from Frozen, Koz truly entertained and warmed up the crowd for what was to come. 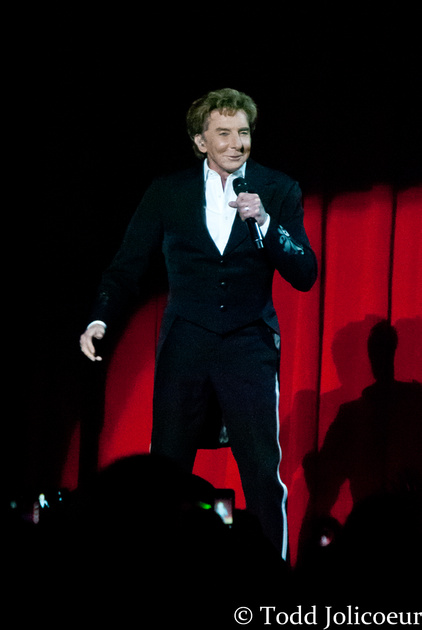 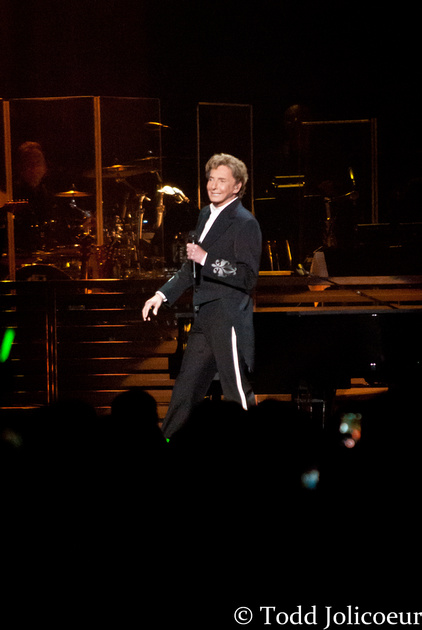 Barry Manilow - not the typical musical fare of a rocker, but growing up on his legacy, I have a soft spot for his music and have always enjoyed listening to his latest releases.  One of his more recent discs, 15 Minutes was one of my favorites the year it was released.  Unfortunately, none of that material makes it into his setlist these days.  Deciding to hang up his touring jacket, Barry and his band launched the One Last Time tour and hit all of the major markets back in 2015, but realizing his fans came from the smaller markets as well, he launched another leg of the tour hitting different cities and venues than he would normally play, including Huntington Center in Toledo, OH.  With neon green glo-sticks in hand, his fans filled the venue and awaited the legend and his catalog spanning performance.  Taking the stage on cue and busting into "It's A Miracle," Manilow had the crowd eating out of his hands from that moment until the final notes of the songs reprise at the end of the show.  Keeping the tempo and mood upbeat, "Daybreak" was next and it was tough keeping the camera from swaying side to side as I sang along with Barry and the packed house of fans.  Slowing things a bit, "Somewhere In The Night" gave every body a minute to catch their breath and relax for a moment.  Once that song ended, he was off and running again with "Can't Smile Without You."  Other classics were thrown into the mix for the performance, but it was awesome to see Barry take his position behind the piano one more time when he played "Could It Be Magic."  A couple covers were tossed in for good measure, including a 'duet' with Judy Garland on "Zing! Went The Strings Of My Heart."  One of my favorites, "Weekend In New England" sounded as good tonight as it did the first time I heard the song many years ago.  If you are a connoisseur of Manilow's catalog, the medley he put together was sure to please you, as it contained hits from teh beginning of his career and through hit later hits in the 1980's.  The crowd and venue exploded when his band burst into "Copacabana" - arguably tonight's crowds favorite song of the evening.  As the show wound down and a reprise of "It's A Miracle" came to an end, you couldn't help but be overtaken with the thought that you have witnessed a musical legend doing what he does best... for the last time.  What a bittersweet moment it was and will be for a long time! 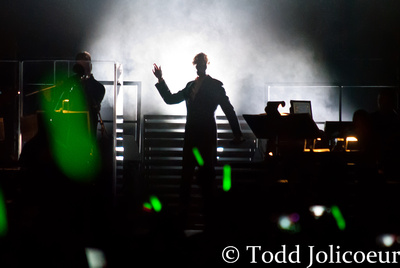 Setlist: It's A Miracle - Daybreak - Somewhere In The Night - Can't Smile Without You - Looks Like We Made It - Could It Be Magic - Brooklyn Blues - I Am Your Child - Even Now - Zing! Went The Strings Of My Heart - Weekend In New England - Let's Hang On! - I Made It Through The Rain - Mandy - Medley: One Voice / The Old Songs / Bandstand Boogie / Jump Shout Boogie / New York City Rhythm /  Some Kind Of Friend / Read 'Em And Weep / Ships / Somewhere Down The Road / This One's For You / Tryin' To Get The Feeling Again / Ready To Take A Chance Again / Daybreak / I Write The Songs - Copacabana - It's A Miracle (Reprise) 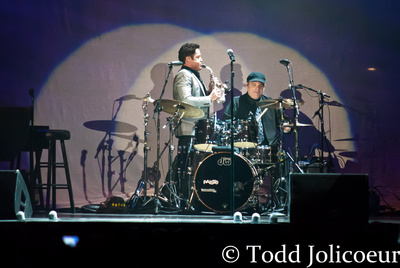