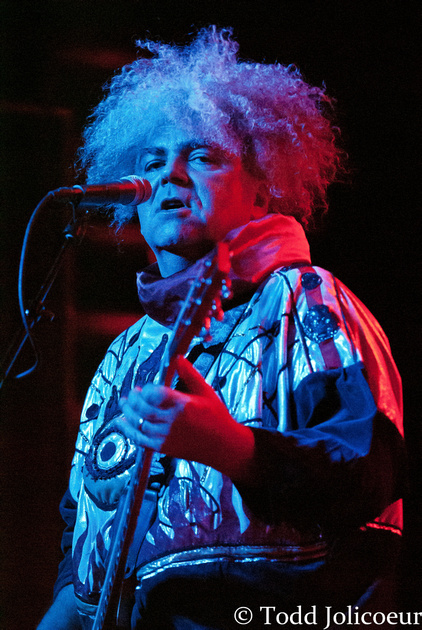 Celebrating almost 30 years as a recording entity and the release of two discs in 2016, The Melvins jumped on an interesting co-headlining tour with Napalm Death and have been traversing the country, with a stop in Detroit at The Majestic Theatre.  After an opening set from Japan's Melt Banana, the stage shifted and was prepared for the entrance of Buzz Osborne, Dale Crover, and Steve McDonald.  As the moments approached, everyone packed in tight toward the stage awaiting the "King." 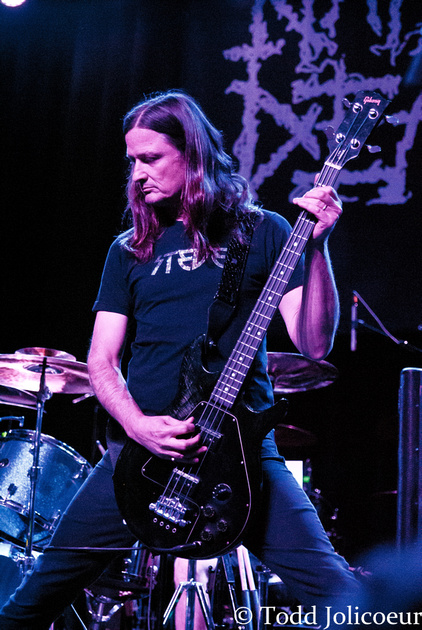 The minute the trio known as The Melvins hit the stage last night in Detroit, the world belonged to them and their fans.  Dale kicked things off with some percussion and drum fills as Steve tuned and then jumped into the fray with his bass.  As the first track headed forward, Buzz entered the stage area and wandered a bit while waiting for his turn to jump into the track with his six-string.  As the fans moved and shifted even closer and tighter to the stage, the band moved through "Eye Flys" and into what was the highlight of the show for me - a tight Melvin's take on the KISS classic "Deuce," sung by  Steve with a killer guitar solo from Osborne.  Next up was "Queen" from 1994's Stoner Witch release.  The band sounded as crisp and together tonight on this track as they did back then.  Mixing originals with covers, this was a cool look into The Melvins  musically and stylistically, as they shed light on some of their favorite songs from their catalog and others as well as songs their fans wanted needed to hear.  If you have ever dug The Melvins at any point over the last 30 years, get out to a show while they are out on this tour - they sound great and seem to be having a great time on stage together, contrary to the grimacing looks King Buzzo keeps throwing out there. 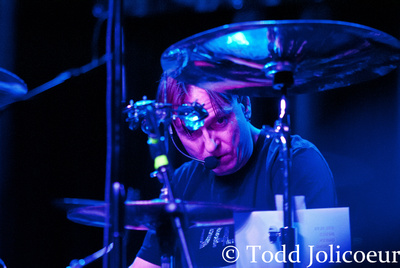