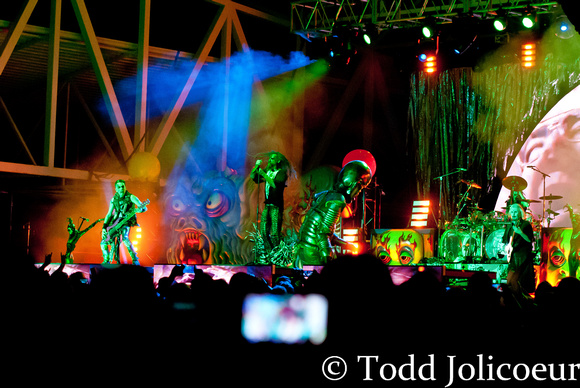 The combination of Rob Zombie and Halestorm was enough to get me in a car for a long ride to a show on a Thursday night in Saginaw, MI.  Fans of both bands filled the parking lots around the venue downtown and all mingled as they made their way to the gate and into the show.  As the two sections of GA "seating" filled up, the anticipation in the air grew while listening to rock and roll flow from the speakers and into the air around us.  This packed crowd was about to experience the tandem rock shows of these two powerhouse rockers. 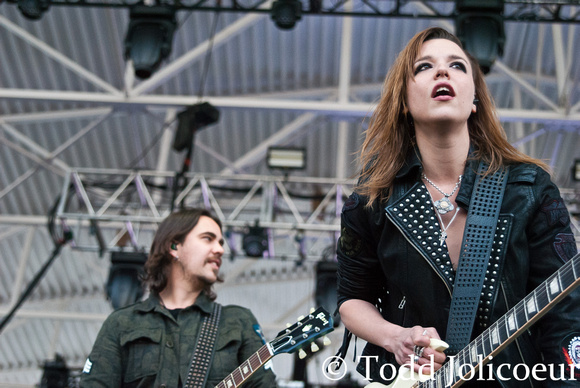 s rockers Halestorm took the stage and began with the opening chords of "Apocalyptic" this audience knew they were in for a killer rock-filled ride for about the next hour.  Front woman Lzzy Hale controlled the flow of the show from behind her Gibson and the microphone, but brother and drummer Arejay paced the show from behind his kit - even when it was time to bring out the big sticks for his drum solo.  The band tore through their rockers and hits from their three major release, leaning heaviest on their latest, 2015's Into The Wild Life.  The newest disc was represented by the set opener as well as the trio of singles "Amen," "I Am The Fire," "Mayhem," and non-single "Sick Individual."  Guitarist Joe Hottinger showed off his licks and solos on a few tracks from the bands sophomore disc The Strange Case Of... (2012).  The setlist included "Mz. Hyde," "Freak Like Me," [email protected] "Love Bites (So Do I)," and closed out with the gold single "I Miss The Misery."  Josh Smith helped anchor the rhythm section with his bass and background vocals, especially when the band dug out their debut single "I Get Off" and played it with as much enthusiasm tonight as they did the first time I saw them shortly after the songs release.  If you haven't seen Halestorm, get out there and enjoy a rocking ride, whether they are headlining or part of a package - a rock show not to be missed. 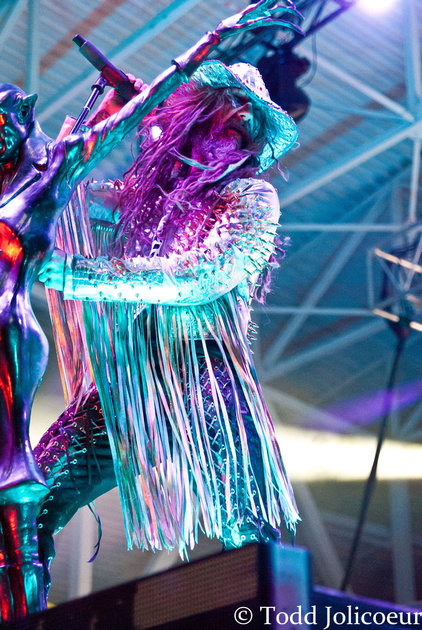 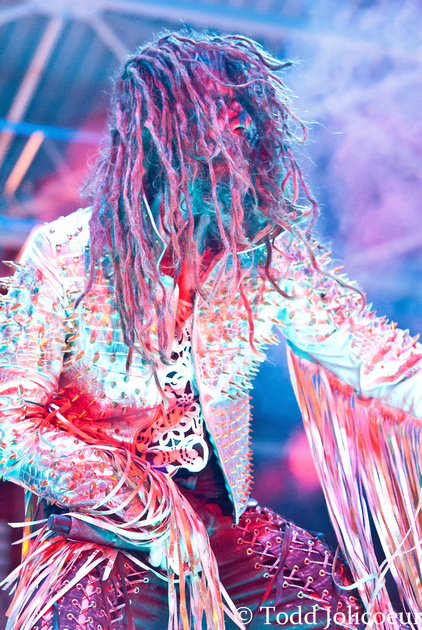 After Halestorms set, the crew set out to prepare the stage for the mass pandemonium that is a Rob Zombie show.  With a setup and backdrop that is larger than life, the fans watched as the mind and world of Zombie began to invade Saginaw.  As the moment drew near and the house lights faded, the anticipation that filled the air came to a head, waiting for that release when Rob and his band took their positions on the stage.  Drawing from the bands last release for the opener, "Dead City Radio And The New Gods Of Supertown," these guys kicked the show off with bombastic energy and sound.  With longtime band members guitarist John 5 and bassist Piggy D flanking him, Rob led the band through songs from his days in White Zombie through several of his solo discs, and even a couple gems from his latest release The Electric Warlock Acid Witch Satanic Orgy Celebration Dispenser with dropped in April.  Going back to his pre-solo days, Rob threw fan favorites "More Human Than Human" and show stopper "Thunder Kiss '65" into the mix with his newer material.  John 5 played guitar, added crunch, and stage presence to his performance on different songs throughout the show.  Three tracks from Zombies solo debut reared their heads this evening when Hellbilly Deluxe's "Superbeast," "Living Dead Girl," and "Dragula" popped into the set.  Piggy D seemed to stalk the stage while providing a heavy handed bottom end with his bass, moving from side to side, front to back, and everywhere in between.  With the new album on shelves, the band dipped heavily into the releases track list, which provided four songs for the show, including "Well, Everybody's Fucking In A U.F.O.," "In The Age Of The Consecrated Vampire We All Get High," and set closer "Get Your Boots On! That's The End Of Rock And Roll."  Drummer Ginger Fish completes the band and provided a solid tempo for the show with his skin bashing, fills, and constantly shifting facial expressions.   Ever the entertainer, Rob and his band and crew put together a show that would not only please aurally, but as always, they provided visual stimulation to make this a show and not just a convert.  A couple songs from Sinister Urge - "Scum Of The Earth" and "Never Gonna Stop" - helped keep the older fans happy while the band threw other more recent tracks into the mix, like the set opener and the bands take on "We're An American Band."  While the energetic Zombie engaged and addressed the crowd, his band broke out into a cool industrial metal version of Tone Loc's "Wild Thing."  A personal highlight from the show was the addition of "Sick Bubble Gum" from Hellbilly Deluxe 2.  Overall, this killer set is a perfect representation of where Rob Zombie came from musically, where he is now, and all the side streets he seemed to take to get here.  I cannot wait to see these guys out on the road again later this year - and you shouldn't miss this sideshow-like experience when it rolls through your town. 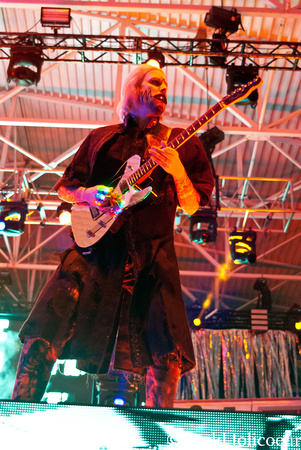 Setlist: Dead City Radio And The New Gods Of Supertown - Superbeast - Scum Of The Earth - Wild Thing - Living Dead Girl - Well, Everybody's Fucking In A U.F.O. - More Human Than Human - Never Gonna Stop (The Red, Red Kroovy) - The Hideous Exhibitions Of A Dedicated Gore Whore - House Of A 1000 Corpses - Thunder Kiss '65 - In The Age Of The Consecrated Vampire We All Get High - We're An American Band - Dragula - Sick Bubble Gum - Get Your Boots On! That's The End Of Rock And Roll 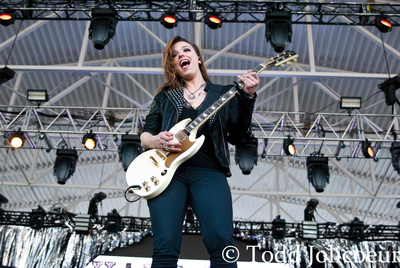