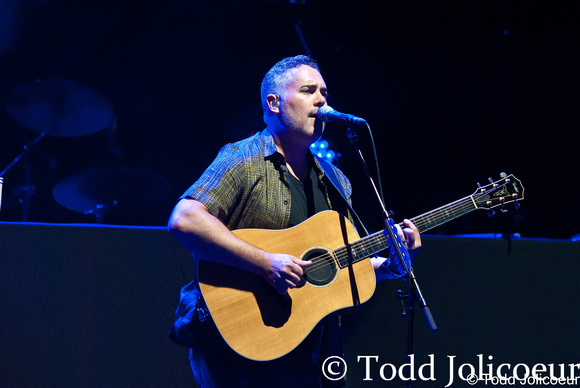 In yet another installment of their Last Summer On Earth tour, Barenaked Ladies are traveling across the country and landed once again in Clarkston, MI at DTE Energy Music Theatre - although the band prefers to reference Pine Knob in all of their banter with the crowd.  Touring to support a live release, the band has the ability to play just about anything they want - and tonight they did.  With seminal 80's artists Orchestral Manoeuvres in the Dark (OMD) and Howard Jones in tow, this is sure to be an evening of fun for all who attend from city to city. 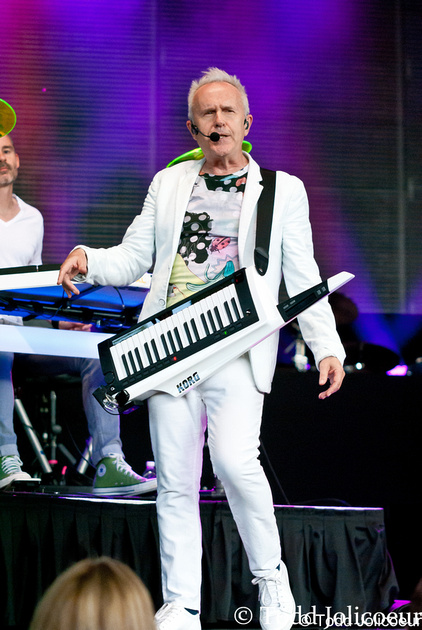 Howard Jones hit the ground running and came to please.  Pulling songs from his entire catalog, he played a set that hit the mark for his fans in attendance, with the exception of one track, but we will get to that later.  With a guy on keyboards and electronics as well as a guy on electric drums, Jones simply had to man the keyboards a bit himself - including a keytar - and roaming the front of the stage while singing and dancing.  The guy seemed to have a blast entertaining the early crowd and fans that made their way to the venue early enough to catch his show and barrage of HJ classic tracks. 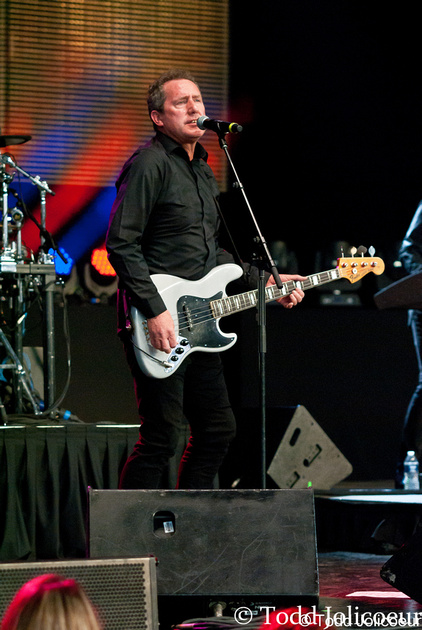 Orchestral Manoeuvres In The Dark took the stage on time and started playing songs their fans recognized from the opening note until their final chord was played.  With a simple stage set up and enough electronics to replicate the hits from their catalog, the band was firing on all engines.  Founding members Andy McClusky on bass and Paul Humphreys on keyboards shared vocal duties for most of the show with McClusky roaming freely and dancing across the stage during songs he fronted and others he didn't, while Humphreys was occasionally anchored behind his keyboards, but coming upfront when Martin Cooper handled the electronics from his side of the stage.  The crowd filled in the venue as the band played on, and the reaction seemed to grow from song to song, until they seemingly hit their pinnacle with their seminal hit "If You Leave." 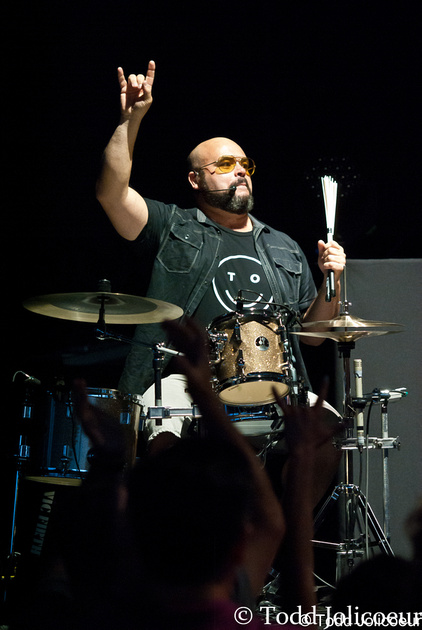 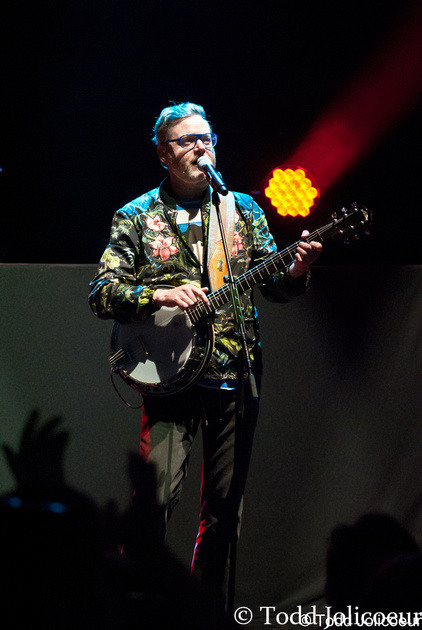 Barenaked Ladies came out to a simple setup and proceeded to give a packed DTE Energy Music Theatre crowd exactly wheat they came for - even if the first few songs of the night were played acoustically.  Opening with "Testing 1,2,3" the foursome commanded the stage without massive lights, props, or any pyro - they did it with killer music, a fun attitude that washed over the crowd, and a simple love of where they were playing this evening.  They moved through an impromptu track and then "Smile" before hitting what was sure to be an interesting moment in the evening.  As they introduced "7 8 9" the audience and band were equally aware of the Gordie Howe reference - especially on the day he passed.  When the name was mentioned in the lyric, the audience went crazy and drowned the sound of the band for a few seconds.  With the occasional joke and Detroit reference (where else can you get a Big Beaver & Exit 69 reference?), the band was able to connect once again with the fans that helped break them in the U.S.  Playing songs from throughout their career, the set flowed smoothly and seamlessly from track to track.  Later in their set, the lead singer and front man ED Robertson brought out Howard Jones to perform arguably his biggest his "No One Is To Blame."  Kevin Hearn anchored the melodic end of the band with guitars, keyboards, and even some banjo on various tracks.  AS the band made their way through the evening, the hits seemed to get bigger and bigger, while the response got louder and louder.  Bassist Jim Creeggan was even given time to toss around a bass solo as the show drew near to its finale and encore.  After crowd favorites "One Week" and "If I Had $1,000,000" the band ripped into a medley that began with Lean On Me.  After a short break, Drummer Tyler Stewart took center stage - relegating Robertson to the kit - and sang his ass off with a Red Wings jersey on and running from front to back and side to side on the stage, demonstrating to anyone who doubted that this band is well rounded and knows how to perform - especially in Detroit.  We can only hope they have as good a time and put on half as good a show when they hit your town. 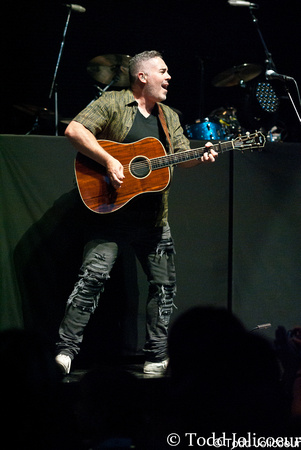 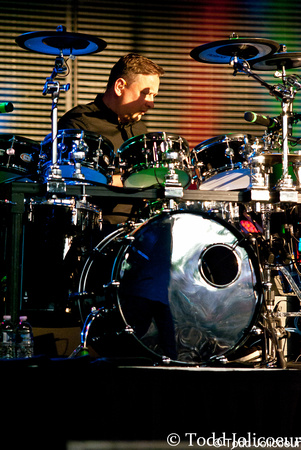 ORCHESTRAL MANOEUVRES IN THE DARK LINKS: 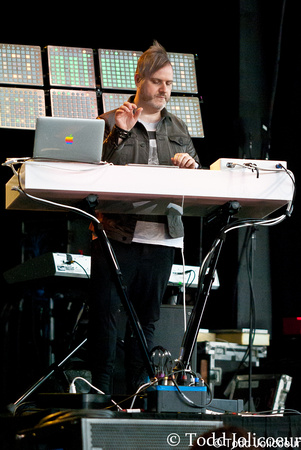