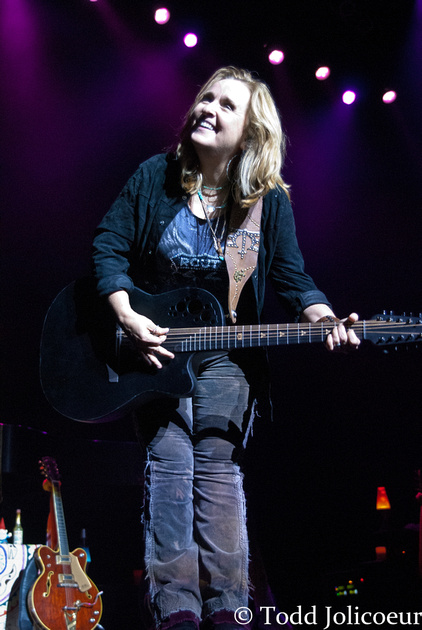 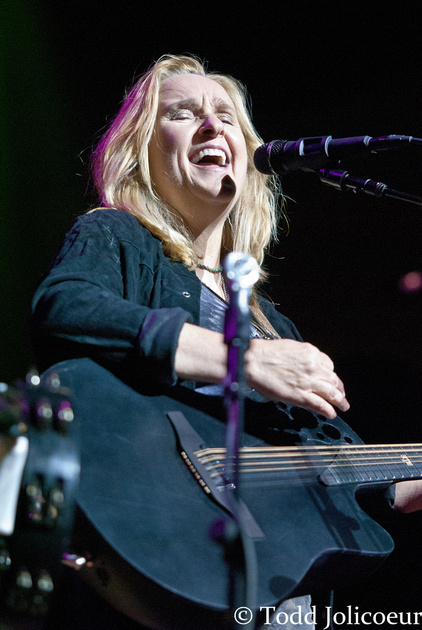 Once again, Melissa Etheridge made sure to include Detroit in her tour plans when she was routing her 2016 summer tour.  Still supporting the 2014 release This Is M.E. as well as her hit-filled catalog, Etheridge took over the Sound Board at MotorCity Casino.  The crowd was restless and excited waiting for the moment Melissa would take the stage.  Armed with an arsenal of stringed instruments, some percussion inducing instruments, and modern technology, Etheridge took her spot center stage awash in purple and yellow lights, wearing a smile and strumming her heart out on a 12-string acoustic guitar.  1992's "Ain't It Heavy" from ME's third release opened the show and the artist and her fans were off and running.  After the rousing song, Etheridge took time to explain the process and demonstrating the live sampling - which allows he to tour solo, yet still deliver a powerful and complete show every night.  As the different percussion instruments were recorded and sampled, Melissa joined in on guitar and performed her next track and turned it into a lengthy jam.  Adding acoustic guitar to the recorded mix, she took up a bass and chugged along, adding that to the fray as well - giving her room to run with an electric guitar, playing an extended solo and bridge that seemed to grow as the song progressed.  Other songs followed and morphed, including a nice tip of the hat to Detroit's own Bob Seger, after which she referenced Seger and another local favorite, Kid Rock.  The banter between Melissa and her fans is always fun and fresh - even if you are a Detroit boy at a Melissa Etheridge concert (if you were there, you get it) - adding to the charm and experience that is a Melissa Etheridge show.  One of the more poignant moments of the show was when Etheridge performed her latest composition "Pulse" in honor of the recent Orlando tragedy.  Bringing everybody together and crossing all of the various lines that divide us on a  daily basis has been something she has done for years through music and this latest song is no exception.  Hit after hit rolled through the rest of the evening leaving both Melissa and the crowd satisfied with her performance and the setlist (not an easy task as there isn't enough time to play everybody's favorite).  Having experienced various performances from Melissa in the past, both with a full band and in this stripped down version, I can say her voice has never sounded stronger and her enjoyment of the evening has never been more obvious - she loves what she does, and it shows.  Don't believe me?  Grab some friends, some tickets, and go see this show when it rolls through your town - you won't regret it. 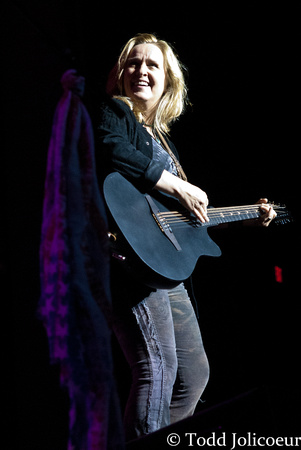