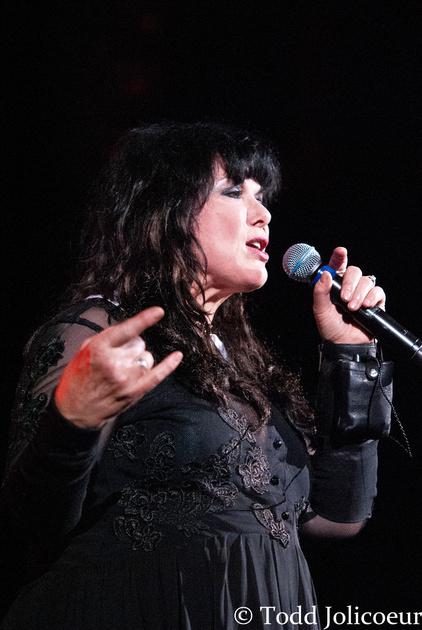 Back to back shows from legendary performers, and for tonight's show it's Rock and Roll Hall of Famers Heart on the Rock Hall Three For All with teh newly inducted Cheap Trick in tow.  Also on the bill is HOF'er Joan Jett.  Seeing Cheap Trick never gets old, as witnessed by my back-to-back shows with them, but what really never seems to get old is the voice and music of Heart, anchored by sisters Ann and Nancy Wilson.  Once again, we received the honor and pleasure of being able to see these rockers play hits, new tracks, and overall rock the joint! 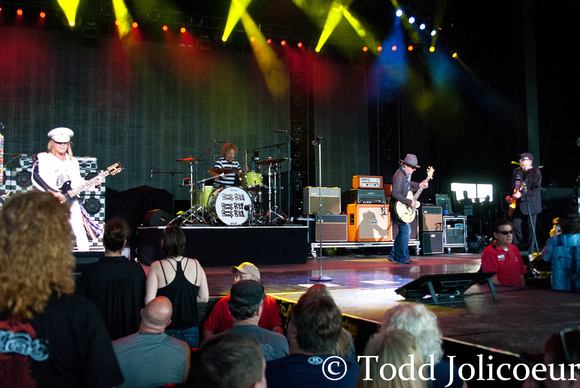 There isn't much to be said about tonight's show that is much different from last nights performance, except that there seemed to be a different excitement on the stage tonight, with Cheap Trick playing the opening set on the opening night of the Rock Hall Three For All tour.  Sticking with the hits and familiar tracks for the most part, the band delivered what the fans came to see and hear - a classic rock performance chock full of standards and songs that everybody seemed to know by heart... with the exception of one track.  Switching out two songs from the previous night's setlist, the band introduced a lot of the fans in attendance to a new track for the first time - "Heart On The Line."  As I explained to Robin previously, I was ecstatic to hear the track on their their latest release, Bang, Zoom, Crazy... Hello and the energy it unleashed live was awesome, to say the least.  Rick once again moved all over the stage while peppering the crowd with an abundance of guitar picks.  Robin sang each song with a power and voice that was primed and ready for a night of killer rock and roll.  If tonight's show is any indication, these guys aren't slowing down anytime soon.  The rhythm section of Tom Petersson on bass and drummer Daxx Neilsen kept the tempo and cadence in check from open to close, even when the songs called for a bit of a surge or lull, depending on the individual song.  Another addition to the set tonight is the fan favorite "Baby Loves To Rock" which fit perfectly amongst the other songs played tonight. 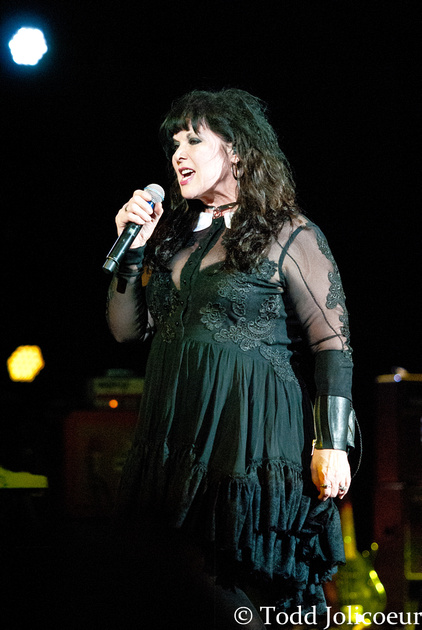 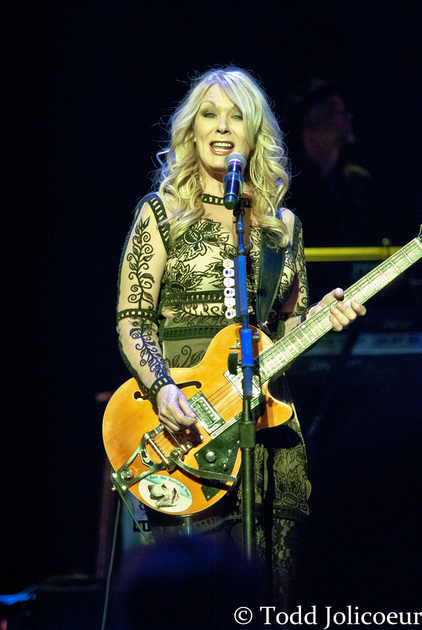 After a great set from openers Cheap Trick and a hit-filled performance from Joan Jett & The Blackhearts, the stage was being set for headliners Heart to once again take over a Michigan stage and fill the night with music.  Ann and Nancy Wilson and the rest of their band came prepared for fun and music and they delivered on both accounts.  Ann's voice tore open the night as the band kicked off their portion of the show with a rousing rendition of the rocker "Wild Child" and we were off and running.  Moving from there into the monster smash "What About Love?" the band was setting the bar very high for the rest of the show and tour.  With a supporting cast of drummer Ben Smith, guitarist Craig Bartock, bass player Dan Rothchild, and keyboardist Chris Joyner, the band behind the Wilson sisters was tight and played the songs chosen for the tour with a nod to the past while putting their own mild stamp on the songs, especially Bartock who handled the classic solos with precision.  Ann's vocals were spot on and her energy and enthusiasm was contagious - from the stage.  There was no denying she was having a great time.  Next up was the new version of a recent track from the band, re-recorded for the bands latest release, the heavy rocker "Beautiful Broken."  While short and sweet, the mood of the song is straight to the point and gets the blood pumping.  There were other shining moments in the set, but the one-two-three punch that opened the set was top notch.  Nancy played guitar, tossed in some vocals, and proved once again that women can definitely rock... and well!!!  Her presence was felt throughout the venue as she helped steer the vibe of the show from her position on stage.  Three of Heart's oldest and biggest hits fell into the show nearer to the end of the set than the beginning when they threw in "Crazy On You" and "Barracuda" to close the show, just before the encore.  "Straight On" had a cool mash up with James Brown's "Get Up Offa That Thing" and put a different groove in the track.  With a catalog as rich and full as the band has, I am always amazed they close with an encore of Led Zeppelin tracks, but its their show - who am I to complain.  A beautiful track, Two, featured a duet from teh sisters, showcasing the similarities and differences in their vocal qualities that have helped create that Heart sound.  The track Sweet Darlin' was another gem that added to the magic of the set and the night and featured some of Ann's best vocals of the evening.  This is a great show full of hits from three different bands and should provide a night of fun and singing for just about everybody that shows up for the tour. 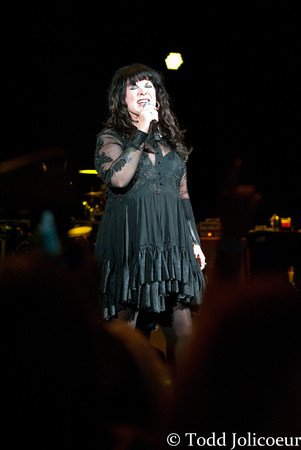 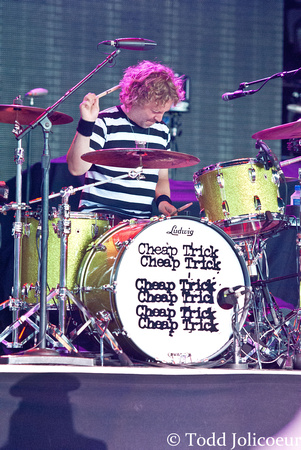 Setlist: Hello There - Baby Loves To Rock - California Man - Lookout - On Top Of The World - Heart On The Line - Stop This Game - I'm Waiting For The Man - The Flame - I Want You To Want Me - Dream Police - Surrender - Goodnight