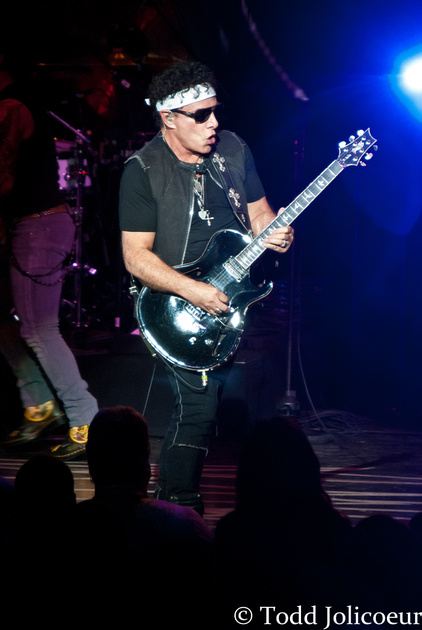 With tour packages coming and going these days, it was interesting to see the triple bill of San Francisco based bands Journey, The Doobie Brothers, and Dave Mason added to the summer lineup at venues across the country this summer - for a night that is sure to be packed with hits.  The bands all brought their extensive catalogs and A-games to the table and offered up their best for everyone that showed up on a steamy Detroit evening... 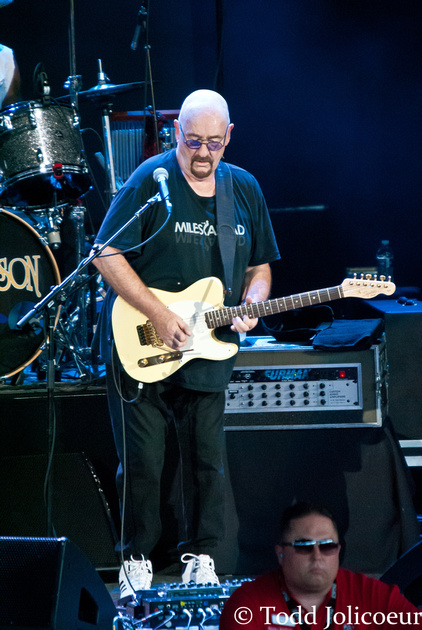 Opener Dave Mason hit the ground running with his band in tow.  Starting off with "Only You Know And I Know," he kicked things off in the right direction, and kept the momentum up with "Rock And Roll Stew" from Traffic, letting his keyboardist take the microphone.  More songs from Traffic would show up in the set, including my favorite "Feelin' Alright"When Mason and band broke into "We Just Disagree" it was obvious that some members of the audience may not have known who he was by name, but instantly recognized this track and sang along while dancing with their partners for the evening. 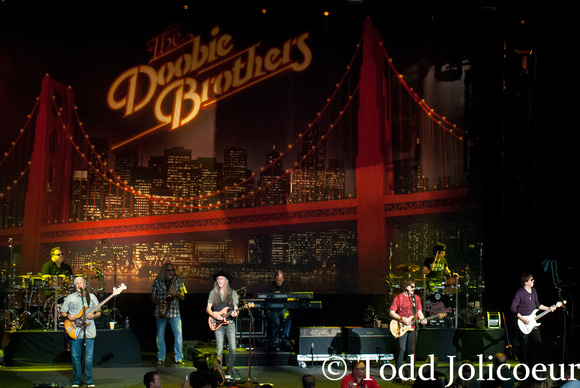 The Doobie Brothers were one of those bands that always seemed to skip my radar, although I clearly knew who they were.  With no less than three guitars on stage and harmonies that most bands would kill for, the band - complete with two drummers - controlled the tempo of their portion of the show in order to treat their fans to as many songs as they could pack into their allotted time on stage.  Opening with "Jesus Is Just Alright", the band instantly pulled the crowd into their world and did what they do best.  The harmonies are just one facet of the bands vocals, as they share lead vocals and the spotlight amongst them.  With founding members Tom Johnston and Partrick Simmons in tow, the band was tight and ready to take on a Detroit crowd.  The setlist was packed full of hits and some fan favorites that flowed easily through the moment the band took their places in the spotlights - setting the stage for Journey. 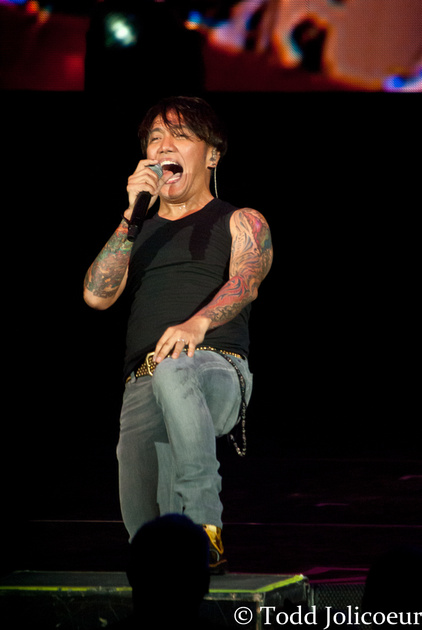 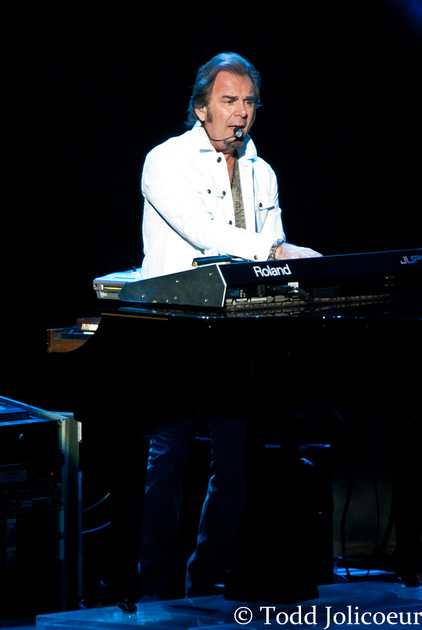 Journey hit the stage and from the minute an instrumental rang through sound system of the packed to capacity (and then some) DTE Energy Music Theatre, the crowd was amped and ready for the next 90 minutes of rock and ballads.  Starting the show with the energetic "Separate Ways (Worlds Apart)" the band set the pace for the next few tracks, including "Be Good To Yourself" and "Only The Young."  After the threesome of high energy tracks, the band tipped their hat to America when founding member guitarist Neal Schon played a patriotic and riff filled solo.  His solo morphed into my favorite track "Stone In Love" and based on the crowd reaction, I wasn't alone.  Keeping the energy up and the pace moving, lead signer Arnel Pineda took control of the stag with his vocals on classics like "Any Way You Want It " before Schon stepped to the mic and referenced playing Cobo Hall in the past.  After the lighter-raising track "Lights," keyboardist Jonathan Cain took to the keys and cranked out a solo that shifted into "Open Arms."  The real change in tonight's performance from previous shows was the sound and feel of the music, as anchored by co-founding member - bassist Ross Valory and the return of drummer Steve Smith, who brought a more groove-driven feel to the classics.  The two handled the lower end and cadence with perfection, all while smiling and enjoying their time on stage in Detroit.  Digging into the bands catalog, the long forgotten "La Do Da" surprised many fans in attendance and sounded strong with Schon's licks and the lead vocals.  After the rocking "Wheel In The Sky" and immensely popular ballad "Faithfully," the opening notes of the song everybody in Detroit wants to hear - "Don't Stop Believin'" - filtered from the stage, through the speakers, across the pavilion, and washed across the standing room only lawn.  As the song faded out, the audience was n clearly not ready to leave, prompting the band to come out for an encore of "Lovin', Touchin', Squeezin'."  Sure there may have been songs that fans wanted to hear, but with limited time, the band did the best they could to pack the set with a solid performance... and that they did.  If this tour heads in your direction, don't miss out on a noght full of hits, memories, and a great time!

Setlist: Separate Ways (Worlds Apart) - Be Good To Yourself - Only The Young - Stone In Love - Any Way You Want It - Lights - Open Arms - Who's Crying Now - Escape - La Do Da - Wheel In The Sky - Faithfully - Don't Stop Believin' - Lovin', Touchin', Squeezin' 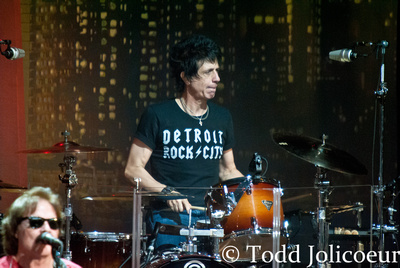 Setlist: Jesus Is Just Alright - Rockin' Down The Highway - Take Me In Your Arms (Rock Me A Little While) - Another Park, Another Sunday - Sweet Maxine - Eyes Of Silver - Spirit - Clear As The Driven Snow - Takin' It to The Streets - The Doctor - Black Water - Long Train Runnin' - China Grove - Without You - Listen To The Music 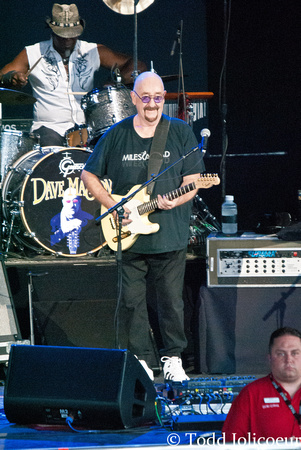 Setlist: Only You Know And I Know - Rock And Roll Stew - We Just Disagree - Look At You Look At Me - Dear Mr. Fantasy - Feelin' Alright - All Along The Watchtower