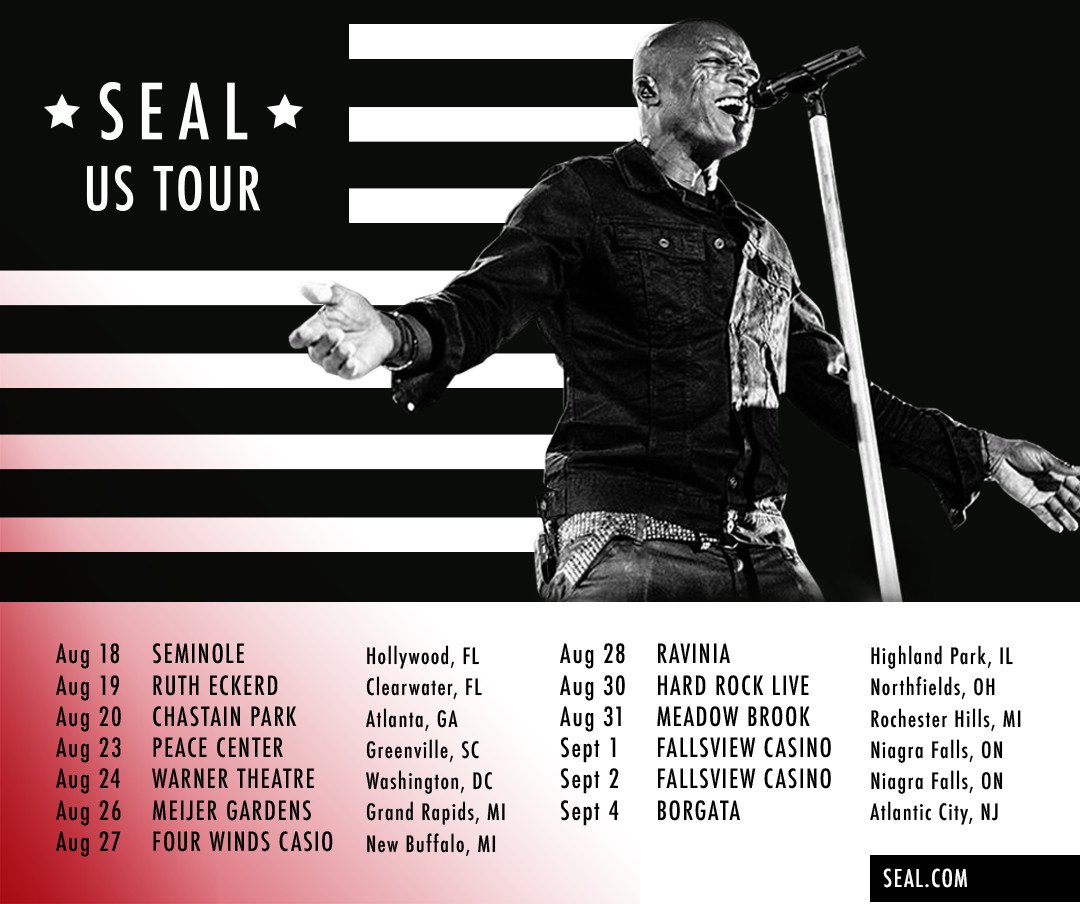 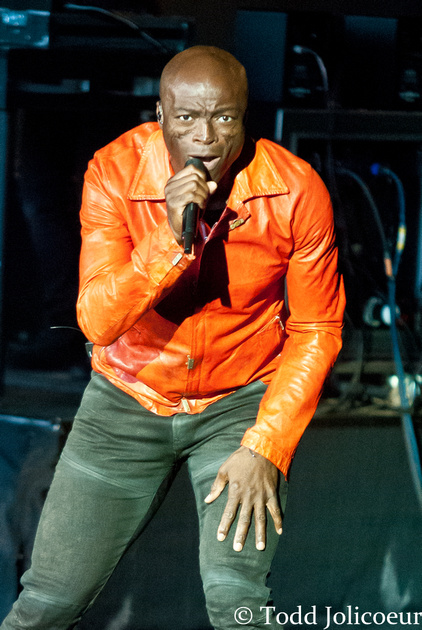 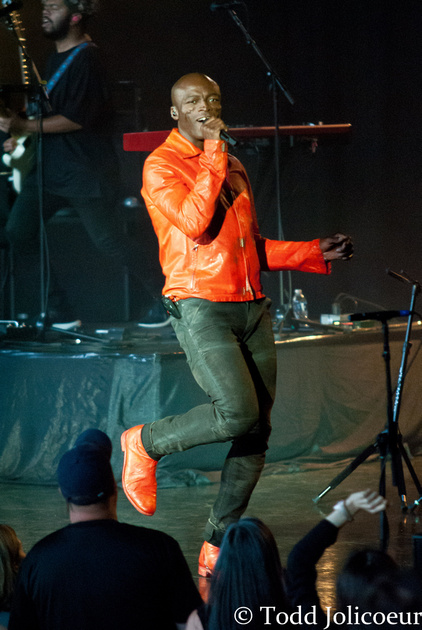 Seal is one of those artists that is known for a few hits, despite the size and strength of their catalog.  The artist referred to as the Kiss From A Rose guy by some of my friends visited Rochester Hills, MI's Meadow Brook Music Festival as his current U.S. tour winds down.  As the allotted time neared, the two-man band that is backing the singer on this tour took their spots and set the concert in motion.  With music hitting a crescendo, Seal sauntered from backstage to his spot front and center.  The familiar voice that has graced Top 10 hits rang through the sound system and the audience grew excited as song after song was played.  A favorite of mine, "Prayer For The Dying" had a vibrancy and sound that breathed new life into the track that prompted me to dig the CD out and listen to it over and over while editing photos of the show.  A bonus of the night was a killer rendition of Hall & Oates' classic "Sara Smile."  The vibe of this version, thanks to the vocals and a different groove from the guitars and synthesizers, was fresh, while maintaining the classic feel of the original.  Showcasing tracks from his most recent release, 2015's 7, as well as hits from his own catalog and covers, Seal entertained the crowd without a big stage presentation or special effects - just his voice, his respect for music, and his love of his fans.  If you were able to see one of the dates on this tour, consider yourself lucky.  Here's hoping we get another chance at seeing Seal sometime in the near future.