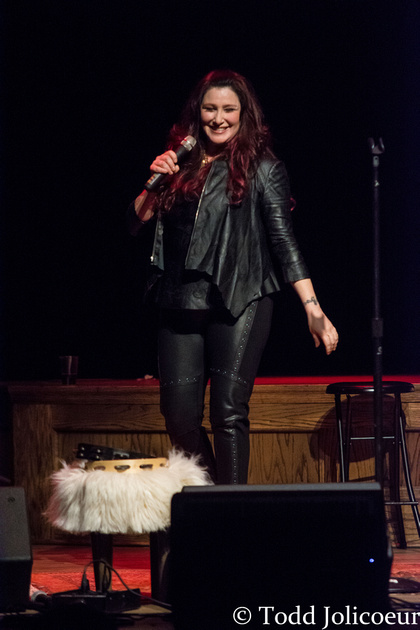 We all have our guilty pleasures... foods, movies, shopping, clothing, but in my world its music.  I run the gamut of different artists I listen to on any given day, but earlier this year one of my guiltiest musical pleasures released a new collection of songs.  This weekend I was able to see the one and only Tiffany take these songs out on the road in a mostly acoustic setting and strip down these killer new tracks as well as some of the classic tracks she is most known for.  We spoke with her just before the tour started in Nashville, and in response to that show other since, Tiffany had this to say just before hitting the stage: "Nashville was amazing... nerve wracking."  When asked if it was everything she wanted it to be, she commented, "Yeah, I mean it was the first one out of the box, so a lot of jitters, but it did go the way I wanted it to."  Regarding the way the tour is shaping up, "Every show has been kind of different, and that is something else I wanted, to tailor make the shows as you go through them.  People shout out songs that you don't have on the set list, but we know them, so it can be very spontaneous and that's the best thing about it."  After thanking her once again for her time, she told me she was excited to hit the stage in Lexington, MI... 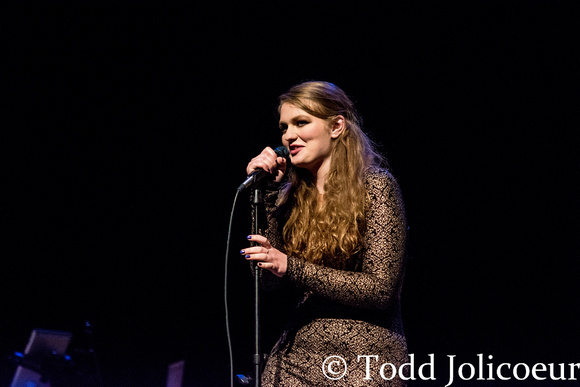 Newcomer Kathryn Dean opened the show and immediately let the small town of Lexington know that a big voice was in the area.  Performing with the assistance of an acoustic guitar compliments of her guitarist and friend Dario, Kathryn brought a slew of great songs that represented where she has been  - performing a couple tracks from her 2015 release Hit The Lights - and even where she is headed as she dropped in a couple songs from her yet unfinished upcoming release.  Her banter with the audience demonstrated her ability to control the flow of the show and the exchange between herself and the audience.  Once her portion of the show was over, she headed to the merch stand where she shook hands and signed every CD her new fans purchased.  I cannot wait to see what comes next from Kathryn... 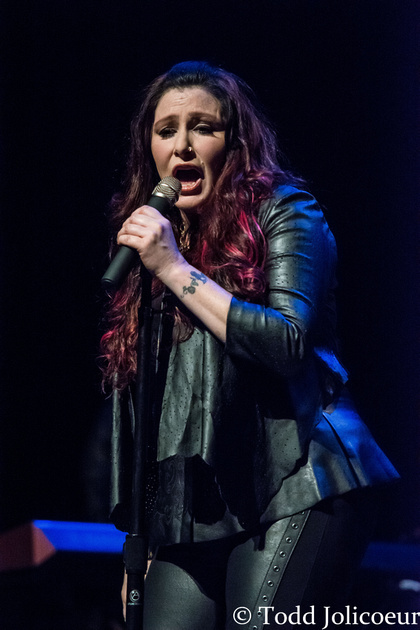 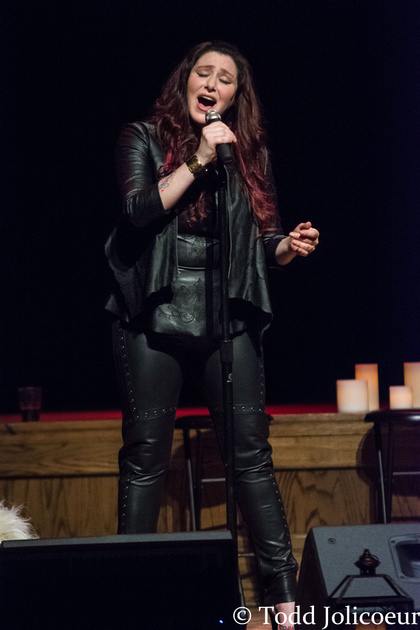 With a new disc to promote, Tiffany hit the road with her band, stripped the new tunes (as well as some classics), and set out to entertain her fans.  Setting up shop in Lexington, MI at the Lexington Village Theatre, Tiffany and crew took over on a Sunday evening and entertain they did.  Kicking the show off with "History" from her new disc A Million Miles, the show got a jolt from the first note.  The cool combination of smiles and serious looks demonstrated the two-sides of Tiffany that seem to grace her performances, whether live or recorded.  After nearly 3 decades in the music industry, she still enjoys what she does, but takes it seriously as well.  With seven songs in total from the new collection stacked onto the front end of the show, the set got increasingly better from song to song.  The recent disc's title track was followed by the emotionally charged "Daddy's Girl."  The discs opening track (and one of my favorites) "Cry" filled the venue with a killer sound and mood, as the song progressed.  Tiffany's vocals poured emotion and emphasis into every song, with each song that she debuted for this Michigan crowd.  The standout song on the disc in my opinion, Right Here" was every bit as grand and satisfying to listen to live as it is recorded.  Dipping into her catalog, Tiffany and band ran through several cut that may or may not have been familiar to the crowd, but won them over.  Tiffany's foray into country music, Rose Tattoo, was showcased with "Love You Good" as the singer transitioned slowly from new material to the older stuff you could tell the crowd was antsy to hear.  Skipping one of my favorite Tiffany discs Just As I Am, she shifted gears and played a couple tracks from the 2005 release Dust Off And Dance, with the songs "Sacrifice" and "Fly" hitting the set list.  A single track, "Open My Eyes" represented 2000's The Color Of Silence - and it was as strong as the recorded version her fans are familiar with, even stripped down.  Working her way back even further, "If Love Is Blind" from 1993 was one of the last stops before hitting stride with all of the huge hits the packed venue was waiting to hear.  One of Tiffany's favorite song that never got the approval and attention she thought deserved, the Diane Warren penned "Here In My Heart" sounded as fresh and crisp as the first time I heard it back in early 1991.  The Tiffany trifecta of "Could've Been", "All This Time," and "I Think We're Alone Now" gave the crowd and performer a one-two-three punch that saw smiles and good time around while the singer and fans all sang in unison.  There were other songs along the way and tossed into the set at different points, but this culmination of songs is what we all came to hear - and I don't think anyone left unsatisfied, including Tiffany. 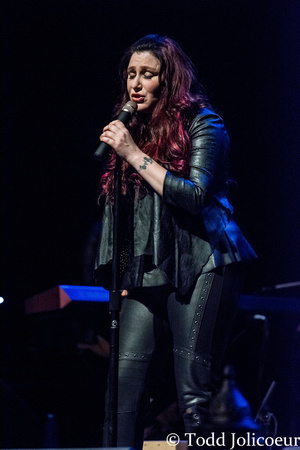 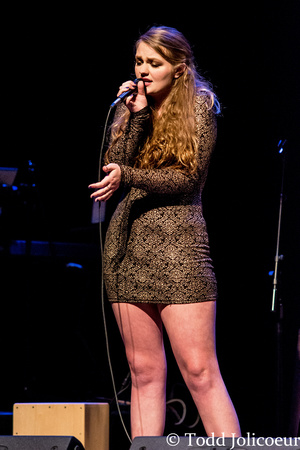