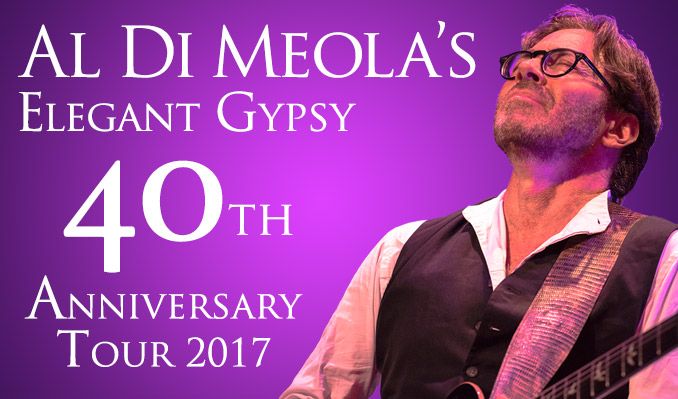 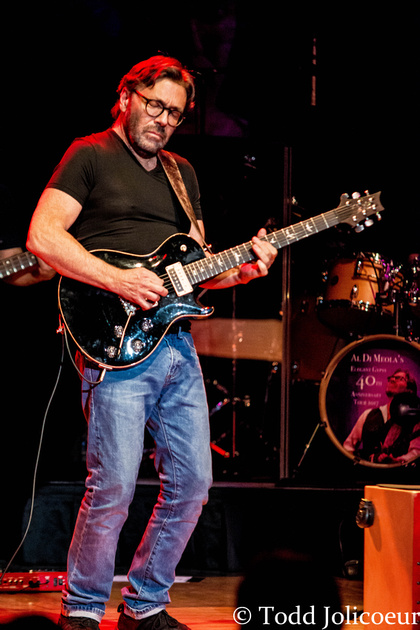 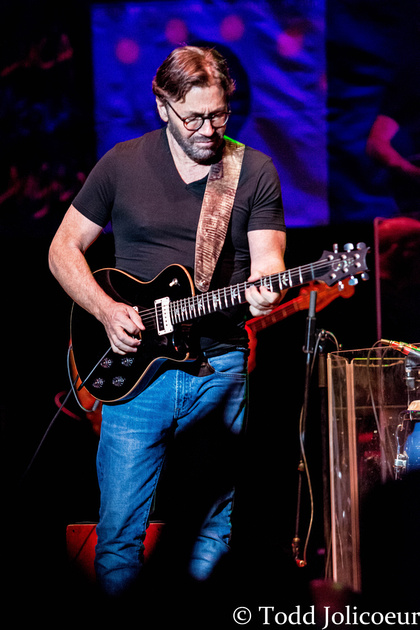 To celebrate 40 years of Elegant Gypsy, Jazz fusion and Latin Jazz guitarist Al Di Meola packed up his band, the tour bus, and his catalog and headed out on a US tour that included a stop at the Royal Oak Music Theatre.  Armed with only a microphone to open the show, Di Meola did something I have never seen before.  Before a single note was played, he took the time to introduce and praise each member of his band.  Once the formalities wwere out of the way and he placed his electric six-string around his neck, all bets were off.  He played his axe off, as did the ensemble of musicians he has supporting him.  With minimal banter between tracks, Al delivered song after song to the packed crowds approval.  Although billed as Al Di Meola, this was truly a collective effort this evening, with the frontman guitarist taking a back seat at various points to allow each member individually or in small groups take their turn in the spotlight.  Watching a "duel" between Di Meola and his electric violinist was cool to see, as well as a first for this reviewer.  Later in the first set, to see the rhythm section take over the flow of the show and lay down a great groove full of percussion, steady bass lines, and some vocals added depth to the performance.  The current U.S. leg of tour is almost over, but if one of the final dates is near you, check out a great show full of some killer Latin jazz swirled with fusion.