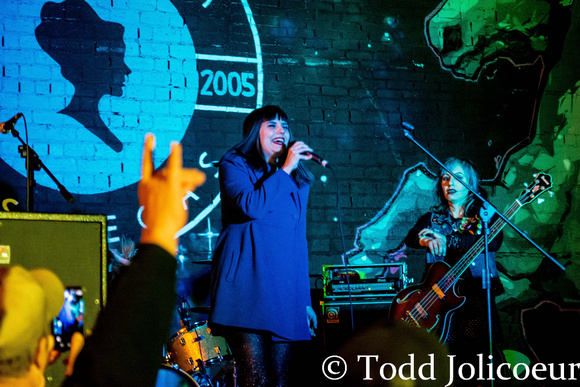 While hanging out in Las Vegas for some gambling, rest and relaxation, and checking out Santana, I discovered Go Betty Go were in town and playing a show at a local venue, the Beauty Bar.  After getting in touch with the powers that be, I found myself carrying my camera bag through the Fremont Experience, into and back out of the venue, and wound up standing in front of a stage outside between a couple buildings in the brisk Vagas air.  This outdoor stage is part of the fun that is the Beauty Bar, but the fun was only beginning... 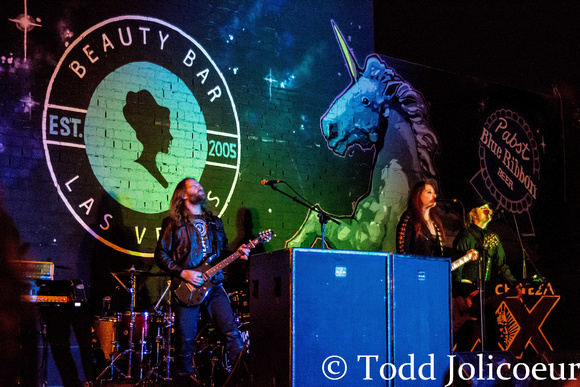 There were two other opening bands on the bill, but I showed up as The Roxy Gunn Project was finishing their sound check and getting ready to throw a few rock tracks at the crowd that grew minute by minute, song  by song.  The band led by its namesake Roxy Gunn, was full of energy and a hadful  of really good rock tracks.  The songs were fun and had just enough pop, punk, rock, and attitude swirled together to get your attention and keep you listening and watching as they powered through their set.  After a fun set, these guys grabbed their gear, cleared the stage, and then mingled with the rest of the crowd - giving hugs and  high-fives, taking selfies, and waiting for their opportunity to check out Go Betty Go as well. 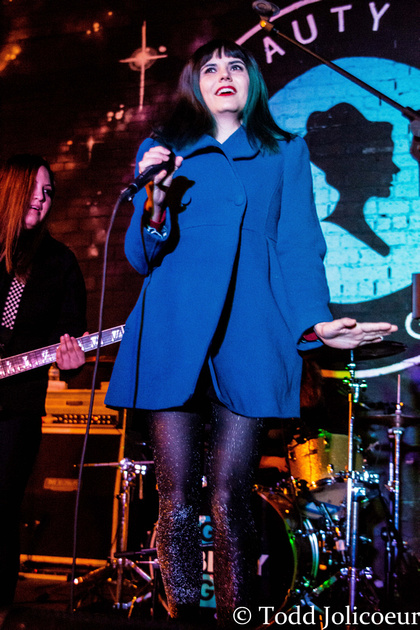 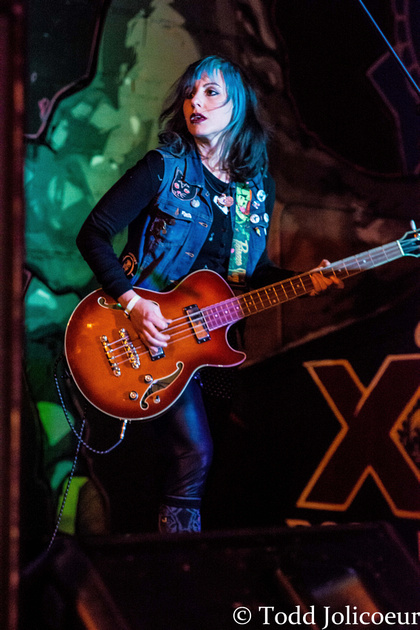 Go Betty Go - Nicolette Vilar, Aixa Vilar, Michelle Rangel, and Betty Cisneros - brought a free show to Freemont Street in Las Vegas when they showed up on a cold Friday night and filled the outdoor venue at The Beauty Bar.  Setting up quickly and forgoing any soundcheck at the time, the band ripped into songs from their three releases, including the most recent, 2015's Reboot EP.  The crowd ate it up from first note to last of each song.  With banter between songs to keep the crowd engaged and entertained, band co-founder Nicolette showed off her vocals and her new glittery tights.  With hair in her face most of the time, guitarist Betty (yes the Betty the bands name refers to) played the licks and riffs perfectly for each song the band plucked from their catalog for the evenings show.  Basking in the glory of various lighting, bassist Michelle Rangel kept everything locked down with her 4-string prowess from stage left, giving the songs attitude.  Drummer and the other band co-founder (and sister to singer Nicolette) Aixa kept perfect time and gave the songs punch while anchoring the tempo and rhythm of not only the songs but the show.  The fans couldn't get enough as the band tore through song after song, putting smiles on faces throughout the crowd during their time on stage.  If you get the chance to see them, I highly recommend taking the time to dig some fun punk rock that is filled with feel good sounds and vibes... especially during their just announced East Coast tour. 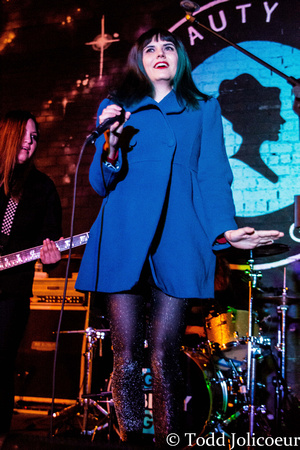 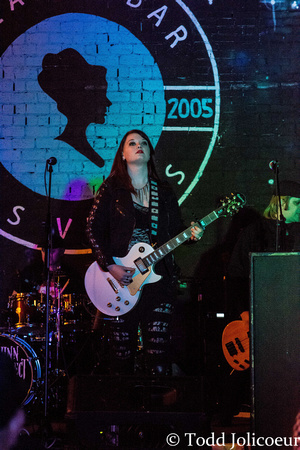