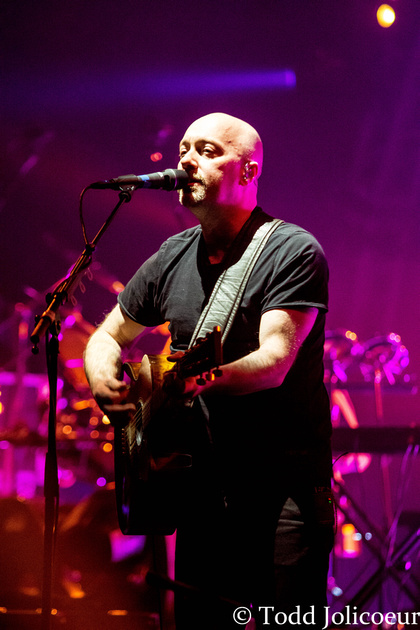 Brit Floyd is a band that pops on my radar every time they pass through town, or even close.  While having grown up more of a metal fan, I have the utmost respect for most classic rock - which totally includes Pink Floyd.  With no other current options available, Brit Floyd is hands down the closest thing we will get to Pink Floyd touring again.  I say this with respect for the gathering of musicians that have joined behind musical director Damian Darlington in the worldwide effort to keep the music, the visuals, and the vibe that is Pink Floyd alive and kicking into 2017.  With a date announced in Detroit, I couldn't wait to once again be exposed to an excellent recreation and interpretation of Pink Floyd's classic catalog, as well as some hidden gems by Brit Floyd... and the packed Detroit Opera House's audience couldn't wait either - you could feel the anticipation the minute you entered the venue.

Armed with a classic catalog, Darlington and crew hit the stage amidst a video show and led us into the night with an intro that featured guitar and keyboards before the rest of the band joined the mix.  Of course the classics were played this evening, but with a set list that had sixteen tracks that didn't make the cut when the band came through on their 2016 tour, fans were in for a night full of killer music.  Heavily billed for the tour this time around was the addition of "Dogs" which held all the intensity and artistry of the original - which is celebrating its 40th Anniversary.  A personal favorite this evening was “Terminal Frost" - maybe it was the excitement I knew Damian had going into it after discussing this with him a few days ago, maybe it was the perfect delivery of the musical journey this song provides.  Another song that struck me as it played on was "What Do You Want From Me."  The show was a swirling combination of stage and ambient lighting, shining musical moments from each of the players, including bassist/vocalist Ian Cattell and guitarist Edo Scordo who filled the night with searing solos.  The rhythm section was anchored with precision by drummer Arran Ahmun and keyboardist Tom Ashbrook and was delivered.  The lighting for each track was choreographed within milliseconds of each part of the show, including a video show that puts any other out there today to shame.  The three vocalists supporting the band this time around - Roberta Freeman, Jacquie Williams, and Angela Cervantes (from left to right) added depth and layer to the musical landscape put before us this evening.  While songs like "Another Brick in the Wall Part 2," "Us and Them," "Wish You Were Here" and "Shine On You Crazy Diamond" gave the crowd what they came for, the close of the set "Comfortably Numb" and encore of "Not Now John" and "Run Like Hell" gave the evening a powerful one-two-three punch that will not be forgotten any time soon by anyone that enjoyed the performance delivered this evening. 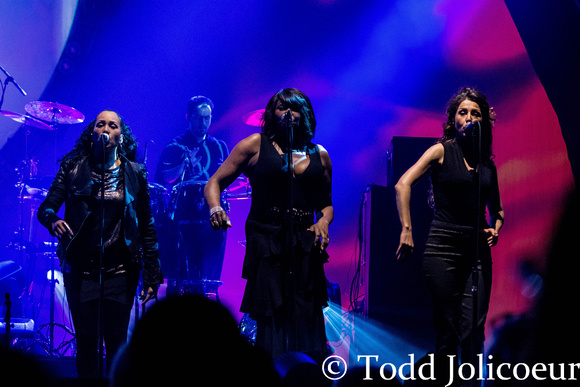 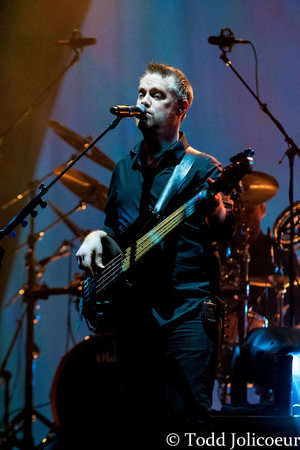 Setlist: Cluster One - What Do You Want From Me - Welcome to the Machine - Coming Back to Life - Another Brick in the Wall Part 2 - Lost for Words - One of These Days - Us and Them - Any Colour You Like - Brain Damage - Eclipse - Astronomy Domine - Pigs on the Wing 1 - Dogs - A New Machine, Pt.1 - Terminal Frost - Time - Breathe - The Great Gig in the Sky - Money - Wish You Were Here - Shine On You Crazy Diamond (Parts VI-VII) - Comfortably Numb - Not Now John - Run Like Hell