Having heard about the FUN show The Lacs put on time and time again from a friend of mine, I decided it was about time I found my way to a show - and what better place than The Machine Shop on the second of two SOLD OUT shows from the duo.  Forget any preconceived notions you may have about kick hop, country rap, other whatever other genre or tag you come up with for these guys - the music is good, the vibe is great, and the entertainment value is off the charts.  With a huge catalog to dig into, this was a show full of good stuff... 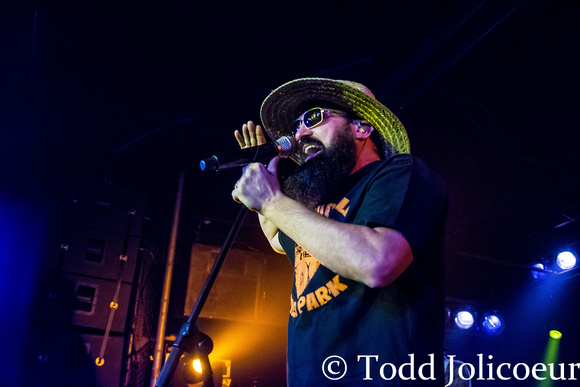 Opener Demun Jones was on stage doing his best to warm up the crowd as I entered the venue a little late, but I was so glad I got there in time to see his set.  With hit hat and glasses covering his face for the most part, the occasional flashes of smiles were a good indication of his pleasure with the crowd and set, but the real evidence was in his voice as he moved through his time on stage.  With a guitarist, a drummer, and a mixologist flanking him, Jones took control of the stage early and drew the audience into his world for a little while for some music, some fun, and just enjoying being out on a Friday night. 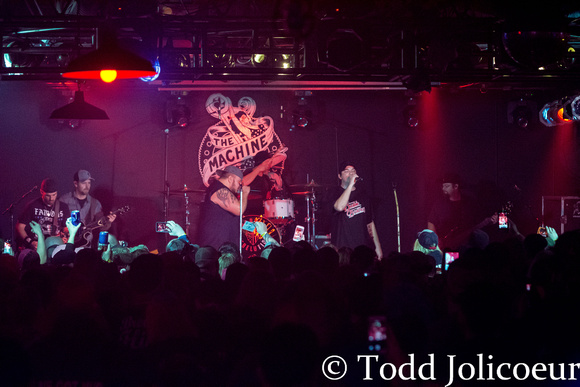 The LACS - Clay Sharpe and Brian King - is an American musical duo that combines southern rock and took over the world famous Machine Shop for two SOLD OUT shows that were definitely SRO as you tried to move through the crowd.  From the minute the duo and their band hit the stage, the party vibe in the air was thicker than most I have experienced.  Having been introduced to Clay and Brian just before their set, I wasn't sure what to expect once these guys hit the stage.  Let me tell you - these guys are the real deal... they are no different when they hit the stage to perform than they are offstage.  The laidback approach to the show only drove home their comfort with their music and their love of what they do.  Mixing tracks from their various releases (and bypassing any new material from the disc dropping April 7 2017), these guys used their stage time to throw one indoor firled party, complete with Fireball shots, cold beers from a cooler, and great party music that kept the crowd pumped from opening song until the band left the stage.  The vibe of the duo is enhanced by the musicians accompanying them on this tour, as the music never let up and the energy never faded.  With dates that run through April 29, there are plenty of opportunities to catch this show somewhere near you soon.  Be sure to get yourself a ticket to one great show before the next disc drops and these guys blow up... 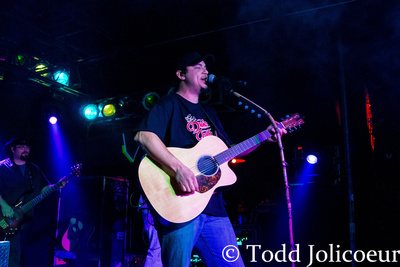 Setlist: Me And My Boys - Kickin Up Mud - Walk You Do - Drink Too Much - Country Boy Fresh - Country Boy's Paradise - Keep It Redneck - 190 Proof - Stomp - Smoke Stack - Wylin' - Country Road - Left Of Me - Drinks Up - Ease Along - Just Another Thing - Field Party - Let Your Country Hang Out 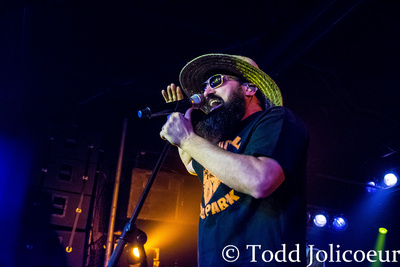