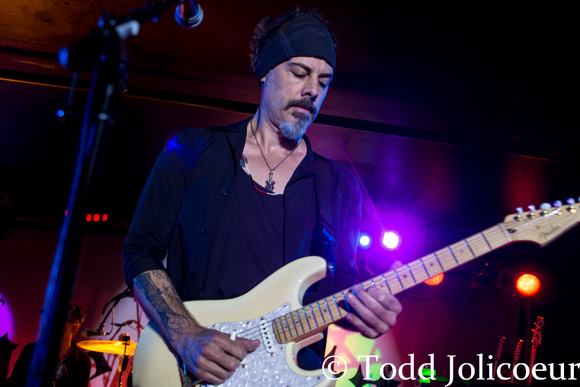 Richie Kotzen is one of those guys that may not be instantly recognizable by name, but the minute you mention some of his side projects or play some of his songs, people jumjp on the band wagon and realize they know exactly who you are talking about.  With the release of his 21st solo album Salting Earth, Richie decided to take his extensive solo catalog out on the road and bring his new material to the fans along with some of his classics and favorite tracks.  His bus and two bandmates rolled through the Detroit area and stopped into The token Lounge on a Friday night and the anticipation for what was to come filled the venue with each passing moment until Kotzen hit the stage. 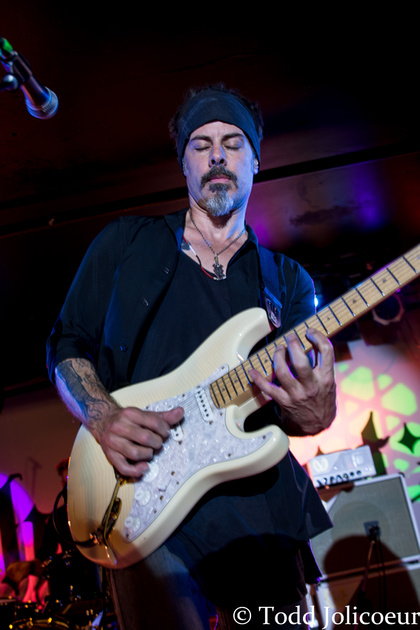 With ten new songs in tow, I was excited to see where the evening’s setlist would venture.  Once the opening notes of the set escaped Richie's guitar, we were headed straight into the opening track of the set and disc, with "End Of Earth" kicking things off.  This killer track helped set the mood and pace for the evening with great riffs, a thunderous rhythm section, and Kotzen's soul-filled vocals.  The oldest track in the set followed when 1994's "Socialite" came racing through the sound system and washed over the crowd.  After that we were treated to more new material with "Meds" from the recent release which also saw Richie switch over to the electric piano for a bit, which allowed his band to take center stage, so to speak.  A personal favorite then came ripping through the venue when "Go Faster" from 2007's Headroom, Inc. release kicked in and was a welcome addition to the set, as it had not been played much during other nights on this tour.  The tempo and flow of this song gets the foot tapping, the head banging, and has a cool sing-a-long style chorus that draws you in.  Tossing in other songs from his solo career (and skipping 'band' songs) Kotzen did a great job of blending older material with fresh sounds, giving the crowd a true feel for not only where he came from but where he is headed... Getting to hear new tracks like "Cannon Ball" alongside deeper tracks like "Your Entertainer" and "Fear" helped keep the setlist moving, but seemed to give both the older and newer material a bit more depth.  As the night moved toward a close, an acoustic set reared its head and another favorite from the new disc popped into the set when the tongue-in-cheek track "Grammy" jumped into the fray.  To hear Kotzen play on CD's or downloads is great - I try to put my hands on everything I can, but to watch the guy elicit the sounds from a guitar using nothing but his fingers (he doesn't use picks) is a sight to behold for any rocker that has enjoyed a song or two (or a hundred) of his.  While the setlist could have been longer, there are only so many hours in the day and only so much allotted time on stage for Richie each night and his blend of tracks was exactly what this packed venue needed to close out a Friday night. 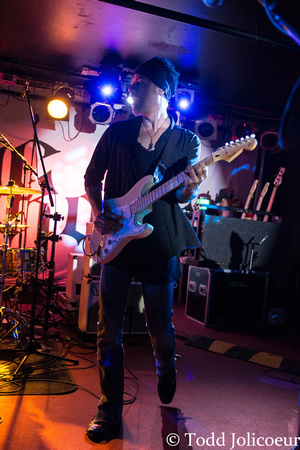