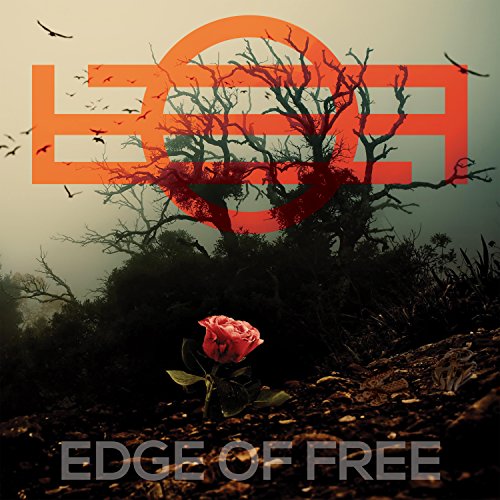 I wasn't sure what to expect to hear after opening the CD I received in the mail.  The artwork subtle and simple with a cool cover and plain black & white shot of the two main ingredients of the band - John Hussey and Scott Sneddon.  I dropped this into the disc player and was pleasantly surprised by the acoustic driven rock album.  This disc shows off the influence of guitar driven songs and the 90's swirled together and whipped up with vocals and a lot of acoustic guitars. Disc opener "Blood Eagle" unfolds slowly, but not without indicating exactly what we can expect from this 8-track disc.  The guitars are solid without being overbearing.  The vocals add depth to the track with the ebb and flow of energy.  "Soul Of Your Grace" picks up where the previous track left off, with a nice swirl of vocals and acoustic guitars overtop a solid bottom end.  The guitar sound carries the song through the verses and chorus and swiftly into the bridges with strength and authority without getting sonically powerful.  "Higher" is another song that reaps rewards from a strong guitar sound.  The different layers and textures add depth and dimension to the track, helping it stand out among the other tracks.  As with "Pony" this song leans into some heavy sounds influenced by the 90's Seattle sound.  "Autumn" is more 90's Grunge played on an acoustic guitar, but seems to miss the mark for me.  The vocals and guitar work together well on this track, but the sound falls flat... almost emotionless.

"Pony" is a lighter track that benefits from Sneddon's vocals.  With the recent tragic death of Chris Cornell, it is hard to draw the comparison, but there are certain tracks on this disc that demonstrate glimmers of a voice with the same tone and strength.  There is no question why this is the first song chosen to represent this collection of songs.  "In My Time (Falling)" opens with a different sound than most of the other tracks, delivering a melancholy vibe that the song can't seem to shake.  The vocals nicely carry and display the emotion of the lyric.  The chorus is strong and helps lift the song out of obscurity and from becoming bland and forgettable.  "Edge Of Free" carries a big weight... name of the band and the disc.  The sound is cool and marries a few different sounds and grooves from the aforementioned Seattle sound, but in a cool way.  I hear hints of Cornell, Staley, and Weiland in the mix and the song benefits from the sound.  The guitars are driving and elevate this song to another level.  The orchestration in the mix add punch to the song that makes me wonder how this song isn't all over the radio right now.  "Pushin' The Needle" closes the collection with nods to some of the bands heavier influences, including The Doors (be sure to listen through the chorus and you will find the reference).  The guitar seems to take on different sounds and feels while the vocals shift between the subdued and intense.  The bass and drums add to the songs intensity during the chorus.  This song helps ties together all of the different textures of the disc to close out with something that well represents the band’s sound.

Tracklisting: Blood Eagle - Soul Of Your Grace - Pony - Higher - In My Time (Falling) - Autumn - Edge Of Free - Pushin' The Needle