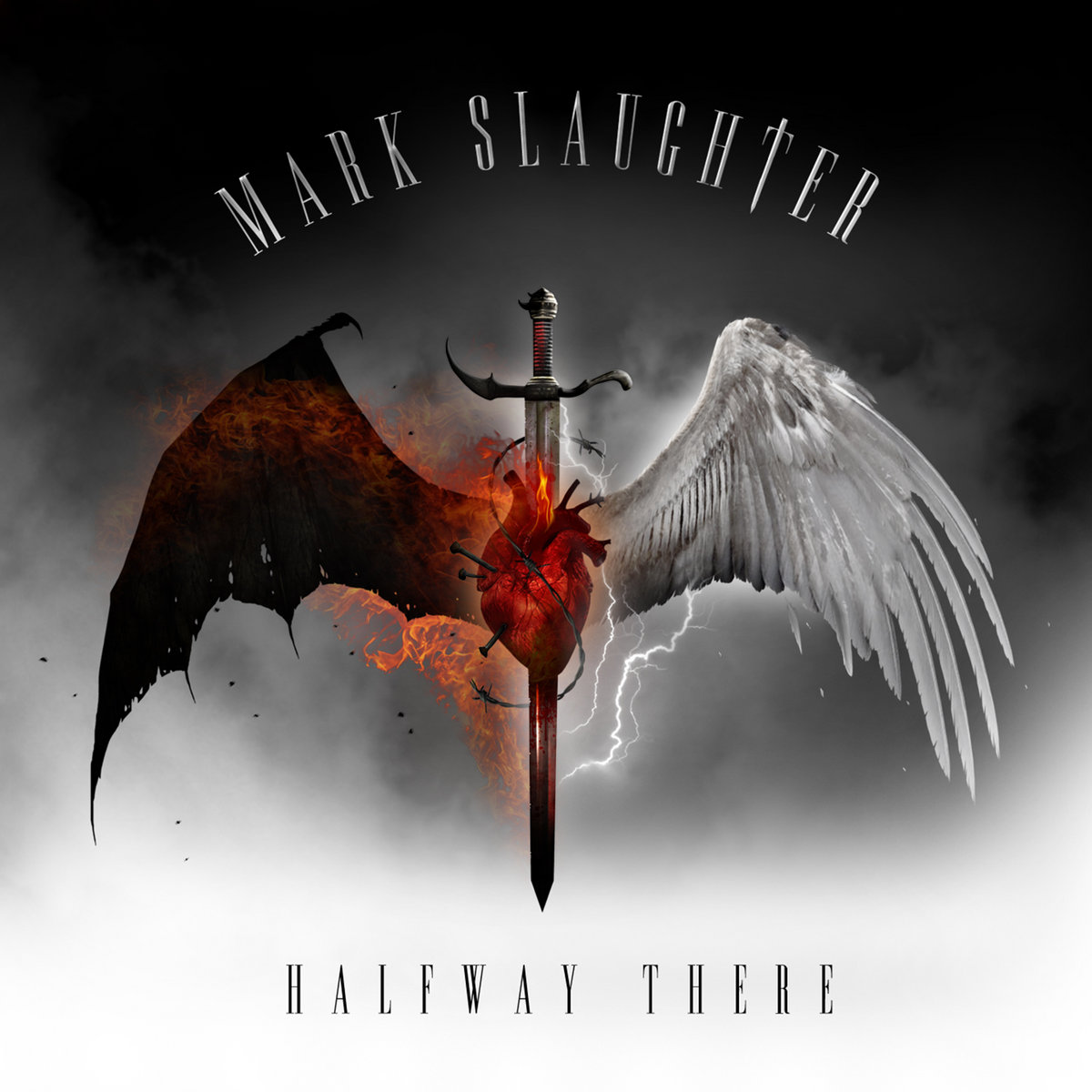 Mark Slaughter has assembled a slew of cool rock tunes to help represent where he is as a musician in 2017... and this is good stuff.  Disc opener "Hey You" gets things started and this anthemic rocker starts the party in the right direction.  With a catchy chorus and some killer guitar riffs at the bridge, this slides perfectly alongside anything from the musicians catalog.  "Devoted" cranks things up a bit and shifts them into a heavier direction than those who have followed Mark since his VVI days are accustomed to.  The chugging riffs, heavy handed bottom head, and darker sounding vocals give this a different feel than most tracks on the disc, but it works.  "Halfway There" is a song that falls near and dear to my heart, in that the lyrics encapsulate an era of music that I cut my musical chops on.  The song married the ballad-esque feel of other big songs from Mark's catalog, but somehow comes out sounding slightly different.  "Conspiracy" is a fun track that ties together the heavier side of the disc with the feel-good rock vibe that Slaughter always seems to bring to his material.  This song reminds me of some of the heavier material from The Wild Life (which happened to be my favorite Slaughter disc).  "Disposable" slows things down a bit, but the shift is welcome and gives us another glimpse into Mark as a singer, writer, and producer.  The song brings different textures to the party.  The chorus is typical of the rest of the disc, but the chorus at times shines with Mark's rich vocal.

"Supernatural" takes a turn away from some of the other material and has a funk-heavy bottom end wrapped around a cool guitar sound in addition to Slaughter's vocals that seems to soar above the musical landscape on this track.  This song was built for Mark's voice and should go over well in a live situation.  "Forevermore" sounds as it were ripped from the Journey songbook.  The song showcases not only Slaughter's higher register, but also his gravely lower end, giving a nice contrast through the verses and chorus.  The song picks up at the chorus and shifts back to a slower pace when the verse kicks back in.  "Reckless" is another song that dives into darker, heavier territory.  The chugging riffs along with the thunderous bottom end gives this song an almost Sabbath-like groove.  The lyrics are dark and the vocals express that.  The different textures of the song give the disc a little depth.  "Turn It" is one of my favorite tracks on the disc... from the cool vocals to the strumming guitars that shift and morph into searing leads and riffs that are reminiscent of the songs and style that Mark was a part of back in the late 80's and early 90's.  The vibe of the track grows through the verses and chorus and seems to explode at the bridge, where a cool guitar solo awaits.  Disc closer "Not Here" is a sharp right turn from the previous track... like slamming on the brakes during a fun rock and roll ride.  While it may fit the sound of the disc, the flow of the tracks seems a bit off.  We can only hope we get the chance to see and hear these songs performed alongside some of Slaughter's other songs to experience and appreciate the growth and adaption to the current musical landscape.