Loudwire Live brought another killer lineup to Flint, MI in 2017.  Who wouldn't want to see Skillet take the stage just after the dinner hour only to have that followed up by Halestorm?  The packed outdoor venue that is the Dort Federal Credit Union Event Center was full of fans of both bands (as well as some of the bands that played earlier in the day) and the crowd was ready for a night of rock and roll.  After rousing sets from All That Remains, Starset, and Stitched Up Heart, the stage was set for Skillet to do what they do best... rock.

I made it into the venue just in time to walk to the photo pit and take in a Skillet show from up front (for the first three songs at least).  As the band made their way to their respective positions, the audience braced for the bands first ever performance in Flint.  As the group tore through a setlist that covered the bases of fan favorites, even tossing in some extended intros, outros, and breakdowns in the bridge... the band even pulled a cellist on stage for a tune or two.  Frontman and bassist John Cooper roamed the stage and brought a ton of energy to the show with his strong vocals.  Korey Cooper and Seth Morrison stuck to their sides of the stage for the most part, but the former got her workout in for the day, as she jumped, swirled, spun, and overall entertained.  My two favorite songs of the show, "Feel Invincible" and "Undefeated" packed all the punch of the originals and more.  The tempo of the show was paced and well thought out, with Jen Ledger anchoring the setlist from atop her drum riser.  The bar was now set for the evening and as the band closed their set the band showed us that the wait for a Skillet show was worth it. 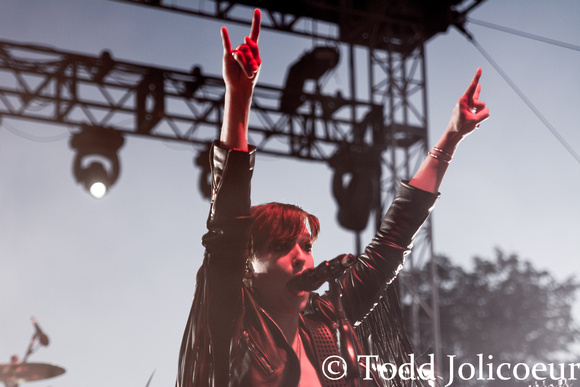 The stage was set and the anticipation grew as the foursome known as Halestorm neared their stage time.  This group is all too familiar with Flint crowds, as they have been a staple at The Machine Shop in years past... with Arejay even tipping his hat to the venue during his drum solo.  The show kicked off on time with one of the bands first hits "It's Not You" and the fun rolled from there.  With four discs and  a handful of EP's in their catalog, they had a large bag of tricks to pull from, including the next track "Apocalyptic" which was packed with energy from first note to last.  Mixing the tracks up from amongst their various releases, the most recent addition, a cover of Whitesnake's "Still Of The Night" was spot on and demonstrated not only the talent of this band, but allowed them to tip their collective hats to one of their influences.  Lzzy Hale controlled the show with her strong vocals (that never disappoint) and traded guitar licks and solos with guitarist Joe Hottinger.  Two of my favorite tracks "I Like It Heavy" and "Amen" popped up back-to-back in the set and the power of these tracks drove home the energy of the band.  Bassist Josh Smith helped hold down the bottom end of the evening (luckily he is all healed up from a hand injury last year).  Drummer Arejay Hale entertained and pounded the skins... even pulling out his very large set of drum sticks.  Aligning themselves with the audience, the band worked their way through "Here's To Us" before closing the show with "I Miss The Misery."  I cannot wait to see when these guys release more killer rock and find themselves in Michigan again... 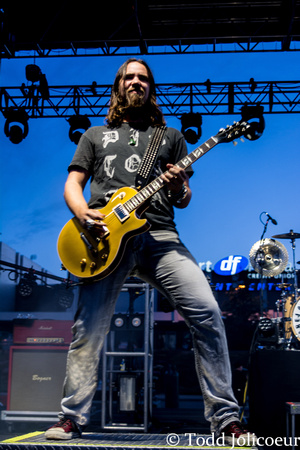 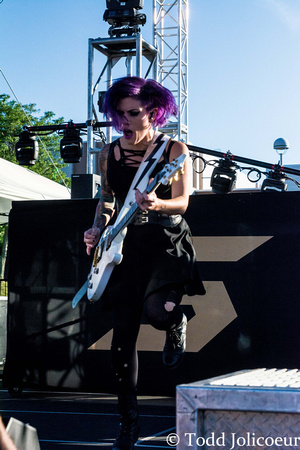 SKILLET SETLIST: Feel Invincible - Whispers in the Dark - Sick of It - Rise - Back From the Dead - Awake and Alive - Not Gonna Die - Hero - Undefeated - Comatose - Monster - The Resistance - Rebirthing