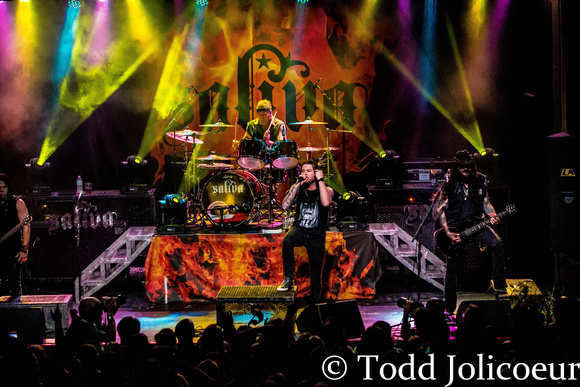 Saliva is alive and kicking... don't let anyone tell you otherwise.  The foursome rolled their bus through Detroit Rock City and made a planned stop at St. Andrews Hall for a killer show full of hits and fun.  From the minute the guys hit the stage, we were off and running on a rock and roll trip that was full of tracks that span their career. 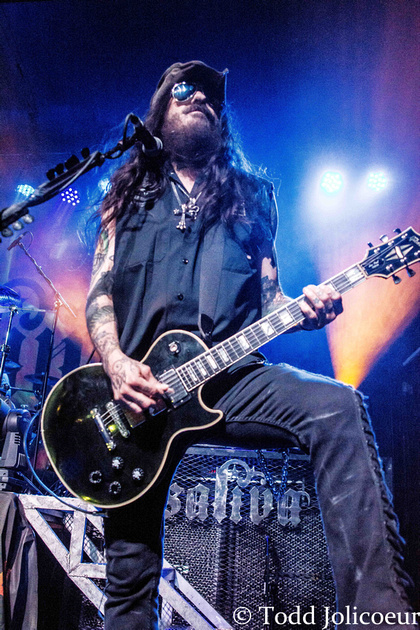 Once the foursome known as Saliva - Bobby Amaru (Vocals), Wayne Swinny (Lead Guitar), Brad Stewart (Bass), Paul Crosby (Drums) - hit the stage and kicked of the show with a killer balls-to-the-wall version of "Superstar", everyone in the packed venue knew they were in a for some great rock and roll on a Thursday night.  While Stewart anchored stage right and Swinny manned the left, singer Bobby Amaru roamed from side to side and front to back while adding his vocals to songs everyone seemed to know and love.  The thunderous soundtrack for a Thursday evening party was supplied by the heavy-handed drums of Crosby who kept the show flowing from the darkness.  The familiar megaphone came out for "Ladies And Gentlemen" but my blood really started flowing as the first strains of "Survival Of The Sickest" sprung from Wayne Swinny's guitar.  The crowd and band fed off of each other while this rocker swept over the audience and seemed to add punch to the set.  As the band rolled through other tracks of the evening, including an extended version of their huge hit "Rest In Pieces" the crowd stayed with them each note, each word, and each drum fill.  While I would have loved for the set to be a bit longer and pull some deeper tracks, they covered all the bases and left everybody satisfied and most likely humming their favorite Saliva tune in the car on the way home.  While the band moved swiftly through the setlist, an added bonus was the addition of AC/DC's "TNT" which was explosive ripping through the sound system.  Closing out the show with "Your Disease" is appropriate, as we all left with a rock and roll infection... 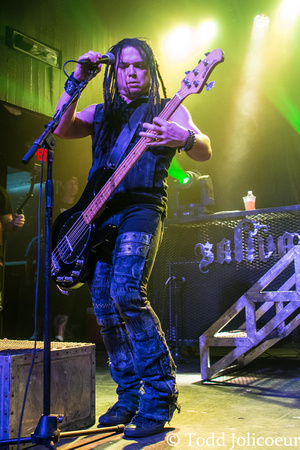 Setlist: Superstar - Ladies And Gentlemen - Survival Of The Sickest - After Me - Rest In Pieces - Doperide - Always - TNT - Click Click Boom - Your Disease