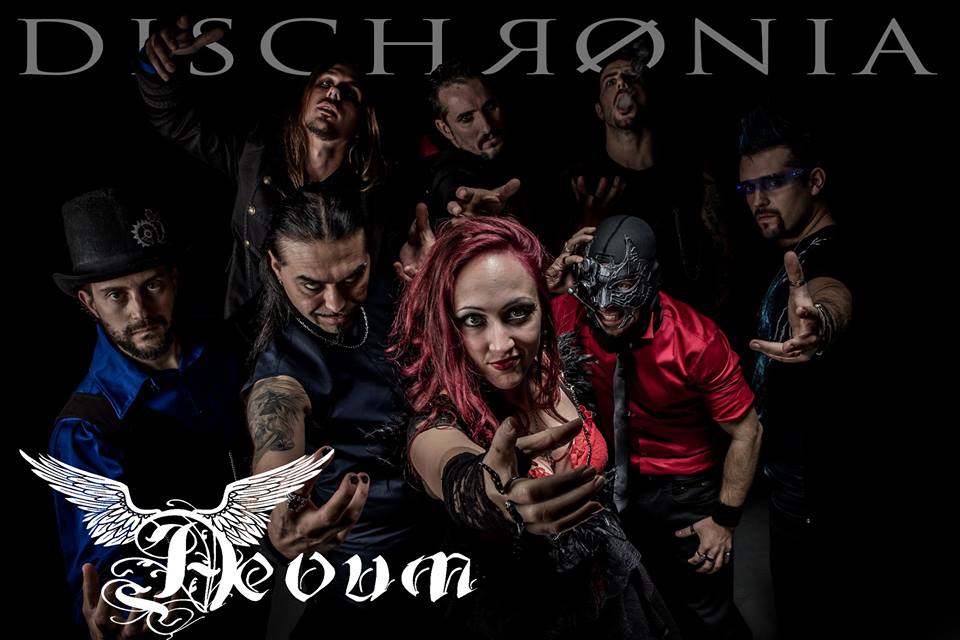 Italy, Turin based 8-member Symphonic metallers AEVUM have announced their new video: "Directly from "Dischronia", the 2017 brand new AEVUM album, a new offical video clip is coming: "The Elements"! "Thank to the partnership with the Amazing Director "Alessandro Pisani" we are going to produce our second official video clip. The Elements, featuring the great actors "Cristiano Omedé", "Mario Cellini" and the gorgeous performer "Jessica Dardano" will bewitch you."

Furthermore AEVUM have announced next shows:

Formed in 2008, AEVUM‘s music is in perpetual inclination towards the union between the human being and the divine, between opposites, male and female, positive and negative, in a genre that is a bond between the neo-classical and gothic metal worlds. Aevum are known for their theatrical Live Shows, and have toured all over Europe with Haggard, Vision Divine, Blaze Bayley (ex-Iron Maiden), and performed at various Metal Festivals in Italy, since their inception in 2007. Aevum also performed at last years Metalhead Meeting Festival in Bucharest, Romania, that included such bands as Eluveitie, Delain, Dragonforce, Rotting Christ and Kreator.