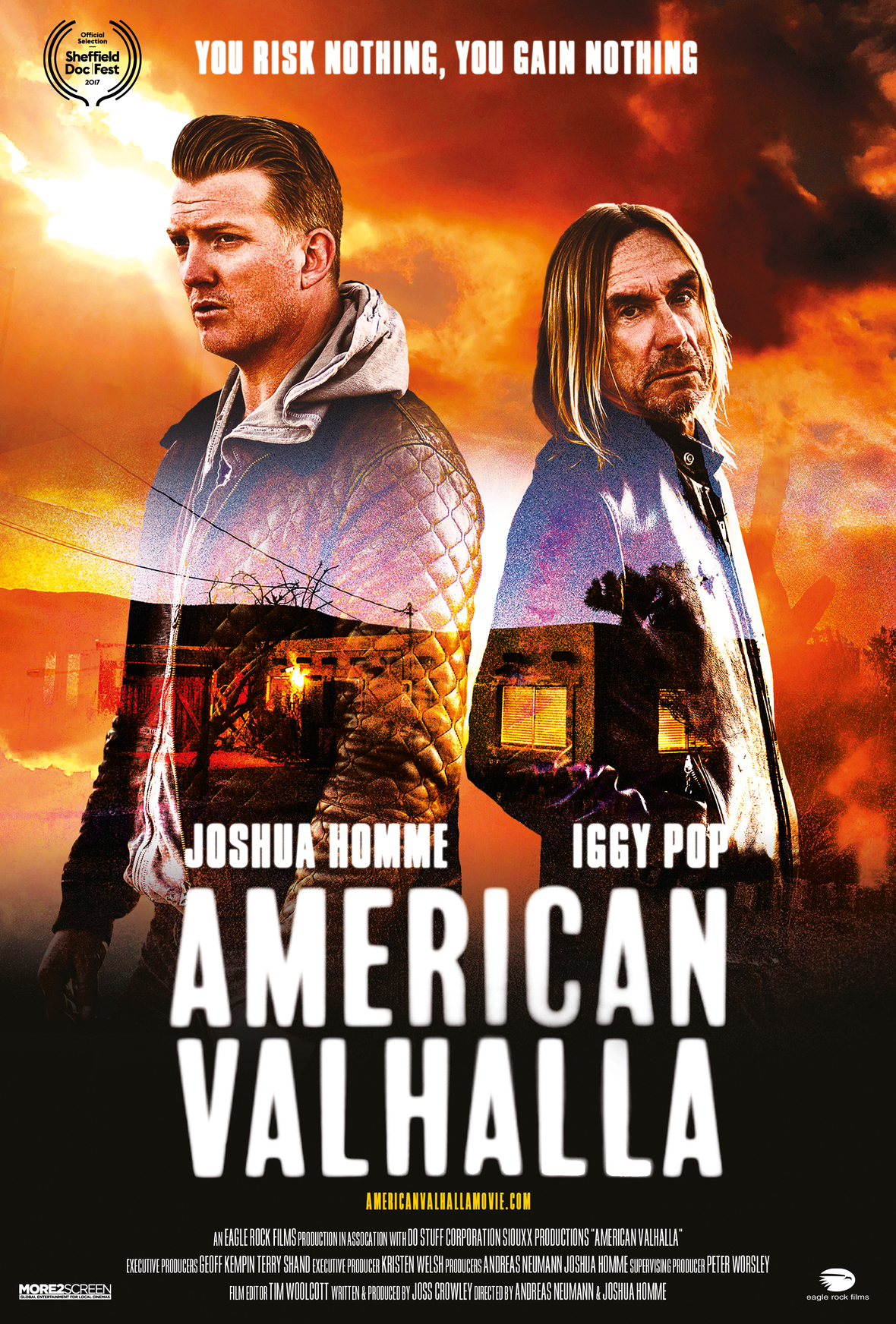 As the theatrical release dates draw near, More2Screen and Eagle Rock Films announce the cities and theaters here: http://found.ee/AmericanValhallaMovie

The documentary captures the collaboration of Iggy Pop and Queens Of The Stone Age frontman Joshua Homme, which evolved into the creation of Iggy’s recent Post Pop Depression album and subsequent critically-acclaimed tour. “I wanted an emotional escape, so I decided I had to strike out on my own, live, and on record, to see what I was worth,” Iggy states in the film. Co-directed by Homme and cinematographer Andreas Neumann, American Valhalla steps alongside Iggy and Homme through every moment of that escape, during which they were joined by Dean Fertita (bassist, Queens Of The Stone Age), Troy Van Leeuwan (guitarist, Queens Of The Stone Age), Matt Helders (drummer – Arctic Monkeys), and bassist/guitarist Matt Sweeney, From the early days in the desert, jamming and scratching down lyrics, to recording Post Pop Depression in the studio, to the rehearsals and finally the road, the film explores the emotions, bonding moments, tears and joys of this one-of-a-kind musical experience.

Updates post regularly on the American Valhalla Facebook page, which recently shared a brand new clip from the film, exploring the initial meeting of Pop and Homme. The video can be viewed here: https://www.facebook.com/AmericanValhallaMovie