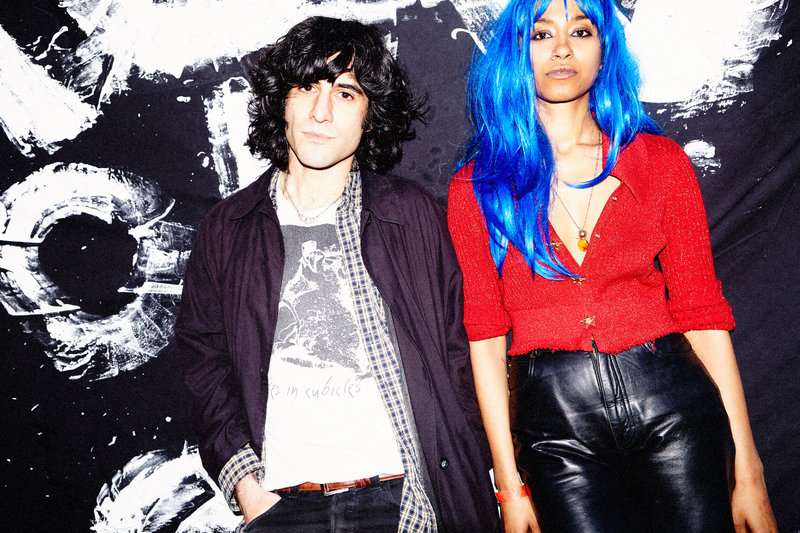 After accumulating significant accolades, from receiving backing from the UK’s highly competitive PRS Momentum Music Fund to collaborating on stage with the likes of Flamingods, Bo Ningen, Ulrika Spacek, and Wolf Alice, and drawing comparisons to Sonic Youth and McClusky, Arrows of Love has captured significant buzz around their fiercely energetic live shows and wildly inventive yet diverse songwriting. Gearing up for the release of PRODUCT, the band is set to prove themselves the real deal. This second LP sees a band fully diversified, ready to release something truly unique, which is evident even in their album title PRODUCT, which is a shorthand for the full album title PRODUCT: Your Soundtrack To The Impending Societal Collapse.

Having traveled across the globe, from Texas to Poland, SXSW to End of the Road Festival, sharing stages with the likes of British Sea Power, 80’s Matchbox B-Line Disaster, The Wytches a string of DIT-funded US showcases, followed by a support slot with British post-punk legends The Fall, and The Stooges’ Mike Watt (US) Arrows of Love have received ample attention and support for their inimitable, distinct British style.

Arrows Of Love is led by co-writers Nima Teranchi and Nuha Ruby Ra.

The album will be available on Vinyl & CD across US/European territories on July 21, which you can pre-order globally via www.pledgemusic.com/projects/arrowsoflove.