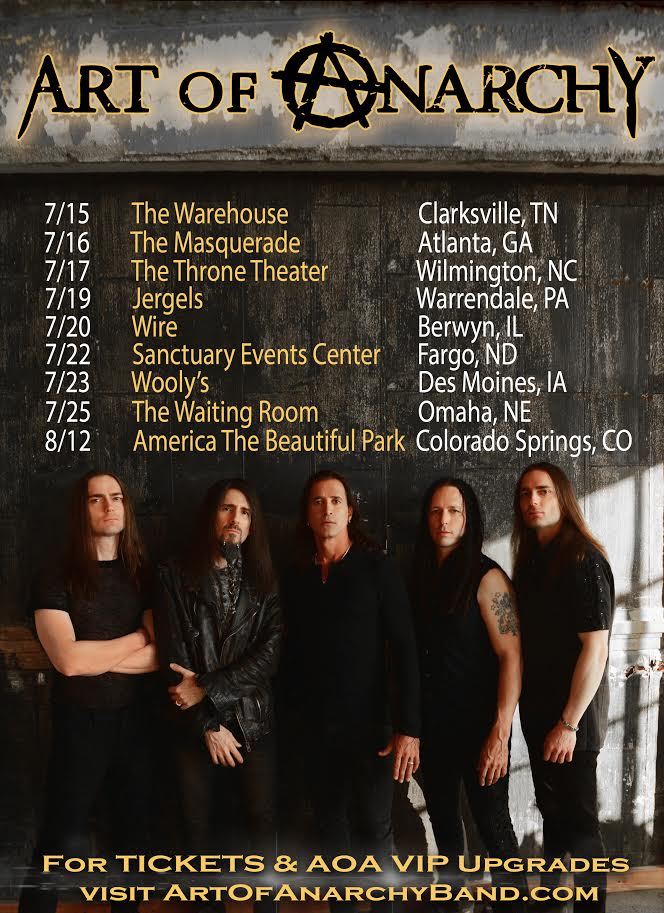 Art of Anarchy feat. Scott Stapp of Creed, Bumblefoot of Guns N Roses, John Moyer of Disturbed and the Votta twins, Jon and Vince announced new tour dates in support of their new album The Madness that released on March 24, 2017 Worldwide via Century Media/Sony. The tour will kick off on July 15th in Clarksville. TN at The Warehouse and will conclude on August 12th at America the Beautiful Park in Colorado Springs, CO.

Tickets go on sale to the public on Wednesday, June 7 at 11am CST

VIP upgrades and Meet & Greet packages are available for all shows here: www.artofanarchyband.com

The band's single 'The Madness', including a new music video for the song is currently out now.

Art of Anarchy video for "The Madness": https://m.youtube.com/watch?v=tNy_g6cMlIE&feature=youtu.be

Art of Anarchy is: