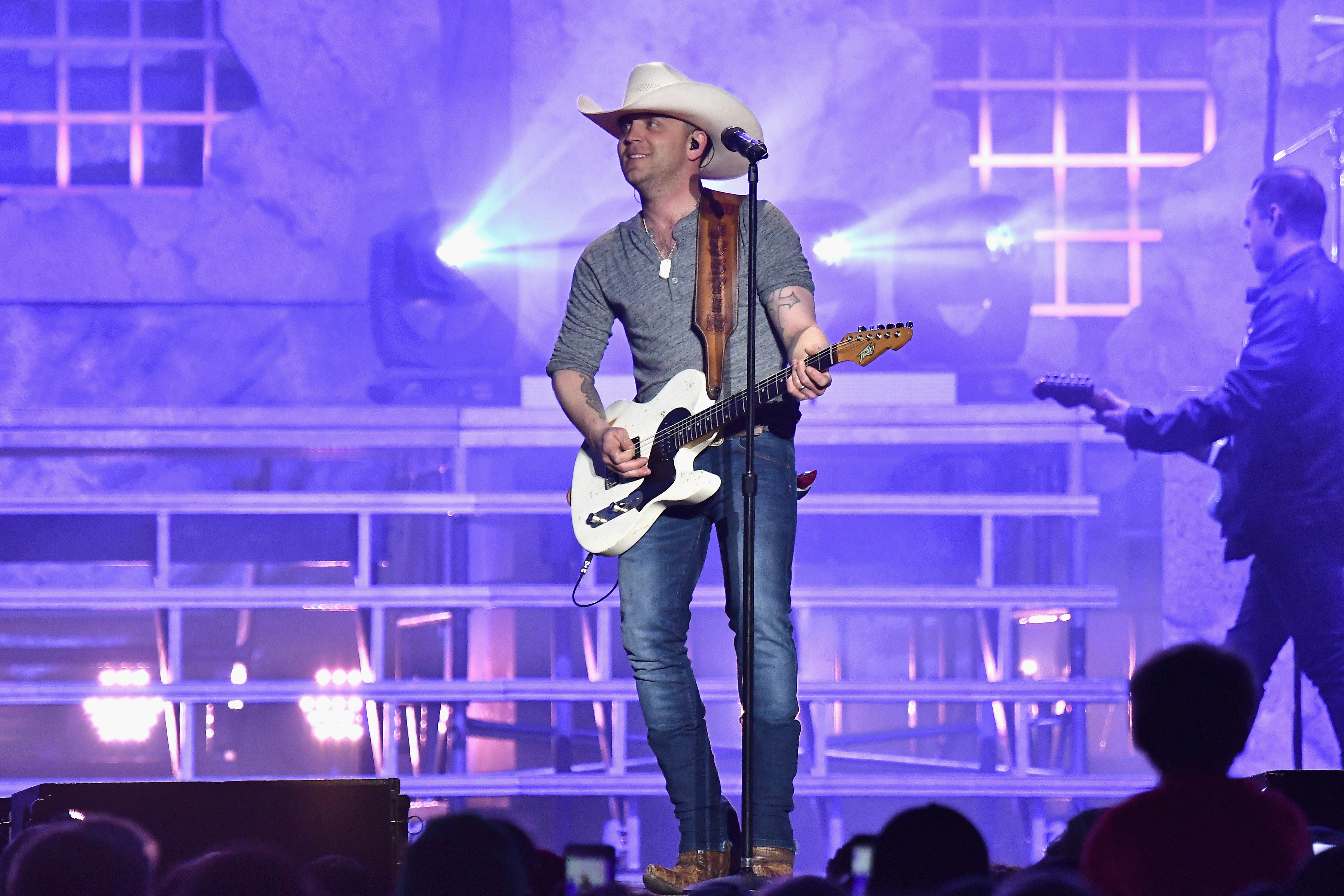 NASHVILLE, Tenn. – Tune in to the AT&T AUDIENCE Network concert special “Justin Moore: Live From Phoenix” airing Friday, June 23, at 9:00 p.m. ET/PT via DIRECTV Ch 239, AT&T U-verse Ch 1114 and on-demand through DIRECTV NOW. The electrifying live performance and interview from the platinum-selling artist was filmed on location during the AT&T Block Party at the 2017 NCAA March Madness Music Festival in Phoenix.

"They don't call it that for no reason," Justin says of  March Madness."I'm a big sports fan, so the opportunity to do anything with any sport--but in particular the Final Four-- is really cool."

For a "First Look" of the AT&T AUDIENCE Network concert special "Justin Moore: Live From Phoenix," watch an exclusive full-song performance of his single "Somebody Else Will" and a Q&A up now on Taste Of Country (HERE).

Watch and share the trailer for "Justin Moore: Live From Phoenix" (HERE).

AUDIENCE Network's multiple series of original and exclusive performances give music fans an intimate view of music's most influential artists today. The network collaborates directly with musicians to create a unique show from their perspective.

Justin Moore’s long-awaited fourth studio album KINDA DON’T CARE earned the singer his third consecutive No. 1 album debut and features his chart-topping single “You Look Like I Need A Drink” and current single “Somebody Else Will.” The project is full of new music with 16 tracks on the deluxe version and immediately shot to No. 1 on the iTunes Country chart upon release. The Arkansas native spent three years putting the project together, which serves as a follow up to his second No. 1 album release, OFF THE BEATEN PATH. Moore holds six No. 1’s under his signature white cowboy hat including “Point At You” and “Lettin’ The Night Roll” as well as seven Top 10 hits. The Valory Music Co. recording artist has earned multiple ACM, ACA and ACC Awards nominations and sold almost 8 million tracks to date. Justin has shared the stage with Hank Williams Jr., Brad Paisley, Miranda Lambert and Brantley Gilbert and just wrapped his co-headlining AMERICAN MADE TOUR with Lee Brice and is back on the road for summer dates (see itinerary below).

Catch Justin Moore on tour in the following cities:

About AT&T: AT&T Inc. (NYSE:T) helps millions around the globe connect with leading entertainment, mobile, high speed internet and voice services. We’re one of the world’s largest providers of pay TV. We have TV customers in the U.S. and 11 Latin American countries. We offer the best global coverage of any U.S. wireless provider.* And we help businesses worldwide serve their customers better with our mobility and highly secure cloud solutions.  Additional information about AT&T products and services is available at about.att.com. Follow our news on Twitter at @ATT, on Facebook at facebook.com/att and YouTube at youtube.com/att.  © 2017 AT&T Intellectual Property. All rights reserved. AT&T, the Globe logo and other marks are trademarks and service marks of AT&T Intellectual Property and/or AT&T affiliated companies. All other marks contained herein are the property of their respective owners.

*Global coverage claim based on offering discounted voice and data roaming; LTE roaming; voice roaming; and world-capable smartphone and tablets in more countries than any other U.S. based carrier. International service required. Coverage not available in all areas. Coverage may vary per country and be limited/restricted in some countries.