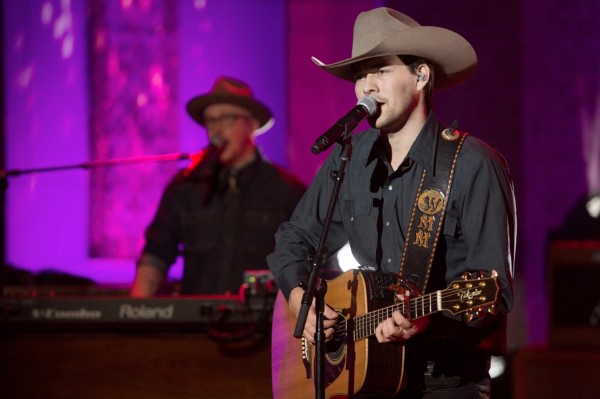 “I had a great time doing this special,” says Morgan.  “I am really proud of how it turned out and can’t wait for folks to see it and hear some of my favorite songs to do live!”

For a "First Look" of the AT&T AUDIENCE Network concert special "William Michael Morgan," watch an exclusive full-song performance of his single "Missing" up now on Rolling Stone Country (HERE).

AUDIENCE Network's multiple series of original and exclusive performances give music fans an intimate view of music's most influential artists today. The network collaborates directly with musicians to create a unique show from their perspective.

William Michael Morgan’s debut effort, VINYL, landed him on many best albums lists, including Rolling Stone, iTunes, Saving Country Music, and top song of the year nods for “I Met A Girl” from Billboard and NPR.  The New York Times declares “…in the emergent field of gentleman country--an antidote to the bros of the last few years-- William Michael Morgan stands tall.”  The praise continues, referring to VINYL as a “sturdy, reflective debut album….a throwback to the temperate wisdom of midcareer George Strait.” His breakout mega-hit “I Met A Girl,” which topped Country Radio charts and SiriusXM’s “The Highway” Top 45 Countdown chart, has garnered over half a billion audience impressions, including over 20 million on-demand streams. His critically acclaimed album VINYL debuted in the Top 5 on Billboard’s Country Albums Chart.

Morgan’s follow up single “Missing” written by Rhett Akins, Marv Green is currently climbing the country charts. The video for the track, which Saving Country Music describes as one that “taps right into that genuine country music goodness … gives you a sense that everything’s right in the country world,” recently premiered via Rolling Stone Country.

The Vicksburg, MS native is currently on the road with dates throughout the summer. Fans can catch him as part of the Country Music Hall of Fame and Museum’s“American Currents” exhibit.

Catch William Michael Morgan on tour in the following cities:

*About AT&T: AT&T Inc. (NYSE:T) helps millions around the globe connect with leading entertainment, mobile, high speed internet and voice services. We’re one of the world’s largest providers of pay TV. We have TV customers in the U.S. and 11 Latin American countries. We offer the best global coverage of any U.S. wireless provider. And we help businesses worldwide serve their customers better with our mobility and highly secure cloud solutions. AT&T products and services are provided or offered by subsidiaries and affiliates of AT&T Inc. under the AT&T brand and not by AT&T.  Additional information about AT&T products and services is available at http://about.att.com. Follow our news on Twitter at @ATT, on Facebook at http://www.facebook.com/att and YouTube at http://www.youtube.com/att. © 2017 AT&T Intellectual Property. All rights reserved. AT&T, the Globe logo and other marks are trademarks and service marks of AT&T Intellectual Property and/or AT&T affiliated companies. All other marks contained herein are the property of their respective owners.