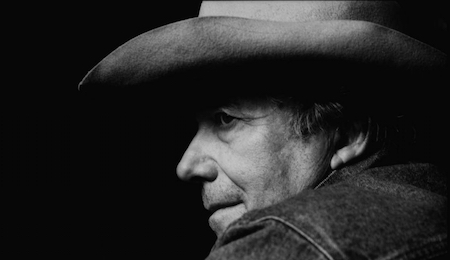 NASHVILLE, Tenn. (June 8, 2017) – Rolling Stone kicked off the much anticipated week in Nashville with a heavy list of the 20 best free shows to see at CMA Music Festival and Bobby Bare is among the country elite also including Maren Morris, Keith Urban and Brothers Osborne. Bare will perform a set of major hits like "Detroit City" and "Streets of Baltimore" and new music off his new album Things Change on the Durango Music Spot stage in Fan Fair X. Fans can also catch the "Springsteen of Country" (bestowed by Bill Graham) at other events throughout the week listed below.

Things Change features 10 tracks written by Bare and a slew of talented songwriters including Mary Gauthier, Guy Clark and the producer of the project, hit singer/songwriter Max T. Barnes. The album features a collaboration on Bare’s iconic hit, “Detroit City,” with Chris Stapleton. The song was written by Mel Tillis and Danny Dill and was originally released by Bare in 1963 and would become one of his most highly requested songs at live shows to this day. “Detroit City” won a GRAMMY® in 1964 for Best Country/Western Recording and is one of many Grammy nods for the country legend. Things Changed (Hypermedia Nashville) can be purchased at digital retailers and on www.bobbybare.com

About Bobby Bare: Country Music Hall of Famer, Bobby Bare is one of the most iconic country artists of our time, with chart-topping songs like “Detroit City,” “500 Miles,” “Shame On Me” and many more. Artists from Little Jimmy Dickens and Hank Williams to big band acts like Phil Harris and the Dominoes all influenced his unique style leading to nearly five dozen top 40 hits from 1962 to 1983. The often referred to “Bruce Springsteen of Country” went on to earn multiple Grammy nominations and wins along with induction into the Country Music Hall of Fame in 2013 among many other awards and accolades and host of a television show.