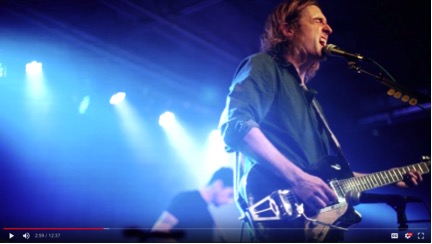 Just in time for the holiday, Carl Broemel of My Morning Jacket’s stunning solo record 4th of July is released today as Deluxe Edition (Stocks in Asia/Thirty Tigers). The digital release includes all original album tracks along with brand new deluxe material, including an unheard b-side and 3 live tracks recorded in Mexico.

Of the release, Broemel said," "This year we're celebrating the 4th of July with the actual "4th of July"!  I’m excited to be sharing a few live songs along with the album this time around that show where the music has evolved since the album was released.”

Co-produced by Teddy Morgan, 4th of July features fellow My Morning Jacket members Bo Koster and Tom Blankenship, with Koster co-writing a few tracks. Additional guest appearances include Neko Case, Laura Veirs, Russ Pollard, Shelly Colvin, Richard Medek, and Jordan Caress. Recorded between album and tour cycles, 4th of July is a reflective meditation. It examines the passage of time marveling at how different our lives look now from the engrained images of ourselves that we’ve held onto from the past.

Broemel will soon embark on a summer tour with My Morning Jacket. See a full list of upcoming tour dates below.