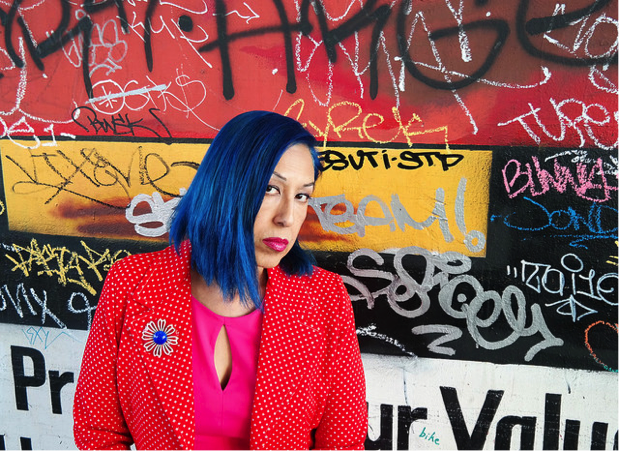 Chicana punk icon, author, and feminist activist Alice Bag launched a Kickstarter campaign to help fund the recording of a follow-up album to her successful 2016 debut, Alice Bag (Don Giovanni Records). Stating that she is not a fan of corporate sponsorship for the arts, “particularly when the artist is critical of the establishment,” Bag turned to the Kickstarter crowdfunding model to support her latest work. The Kickstarter offers fans specialty items such as Enamel Pins, Violence Girl books, Colored Vinyl, Totes and more with a goal of reaching $8.500 by July 20.

Bag is known as a musical trailblazer for leading the Bags, a band that emerged in 1977 at the forefront of the emerging Los Angeles punk scene. In 1980, Bag appeared in the seminal documentary on punk, The Decline of Western Civilization. Over her active, forty-year career in music, Bag has been involved in several groundbreaking bands and genres, including the death punk, all-female group Castration Squad, the queercore band Cholita (with performance artist Vaginal Davis), and the Chicana punk feminist trio, Las Tres. In 2011, Feral House published Bag’s memoir, Violence Girl: From East LA Rage to Hollywood Stage, A Chicana Punk Story, to critical and public acclaim. In 2016, Bag released her self-titled debut, Alice Bag on Don Giovanni Records, which Pitchfork called “a revolutionary rally cry.”

Songs on Bag’s 2016 hard-hitting debut LP ranged from the melodic punk rock of “Little Hypocrite” and “Modern Day Virgin Sacrifice” (a critique of the effect of consumerism on the self-image of women) to the girl-group throwback of “He’s So Sorry”, a harrowing portrait of domestic abuse. Stereogum called Bag’s song "No Means No" “an anti-rape anthem that also works as a catchy pop-punk song.”