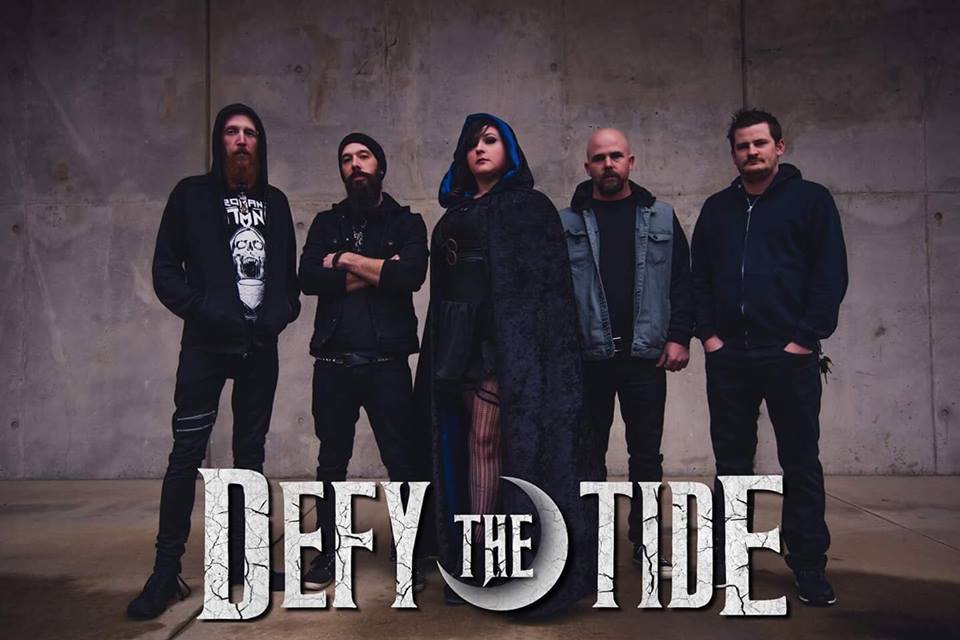 (June 9, 2017 - Pittsburgh, PA) - CB Entertainment's melodic metal quintet, Defy The Tide has released a new music video for their current single "Traced In Flames". The song comes from their four track EP, Soteria which was produced by John Burke of Vibe Studios and released this past April. With the powerful vocals from Carly Rose and the heavy melodic riffs, Defy The Tide is showing much promise to the future of metal.

"Love isn't always easy or pretty or what you may think you want it to be. But love is strong and bold and daring and not something that you can easily forget or let go of. Live through love because love never dies." -Carly Rose (Vocalist)

Soteria is available on iTunes and all other digital music retailers. Watch the new video "Traced In Flames" below and stream the single on Spotify or Apple Music.

About Defy The Tide: Defy the Tide was founded in May of 2014 when vocalist Carly Simon-Warneke and was assisted by local friends in recruiting guitarists Jesse Scott and Matt Friede along with drummer Luke Tenley.

After signing with CB Entertainment in 2016, they entered Vibe Studios in Cleveland, OH with producer John Burke to perfect the latest EP effort "Soteria". Debuting with over 300 copies in their first week and immediately performing at SXSW in Austin, TX the band continues to progress forward with fast paced momentum.

Connect with Defy The Tide: