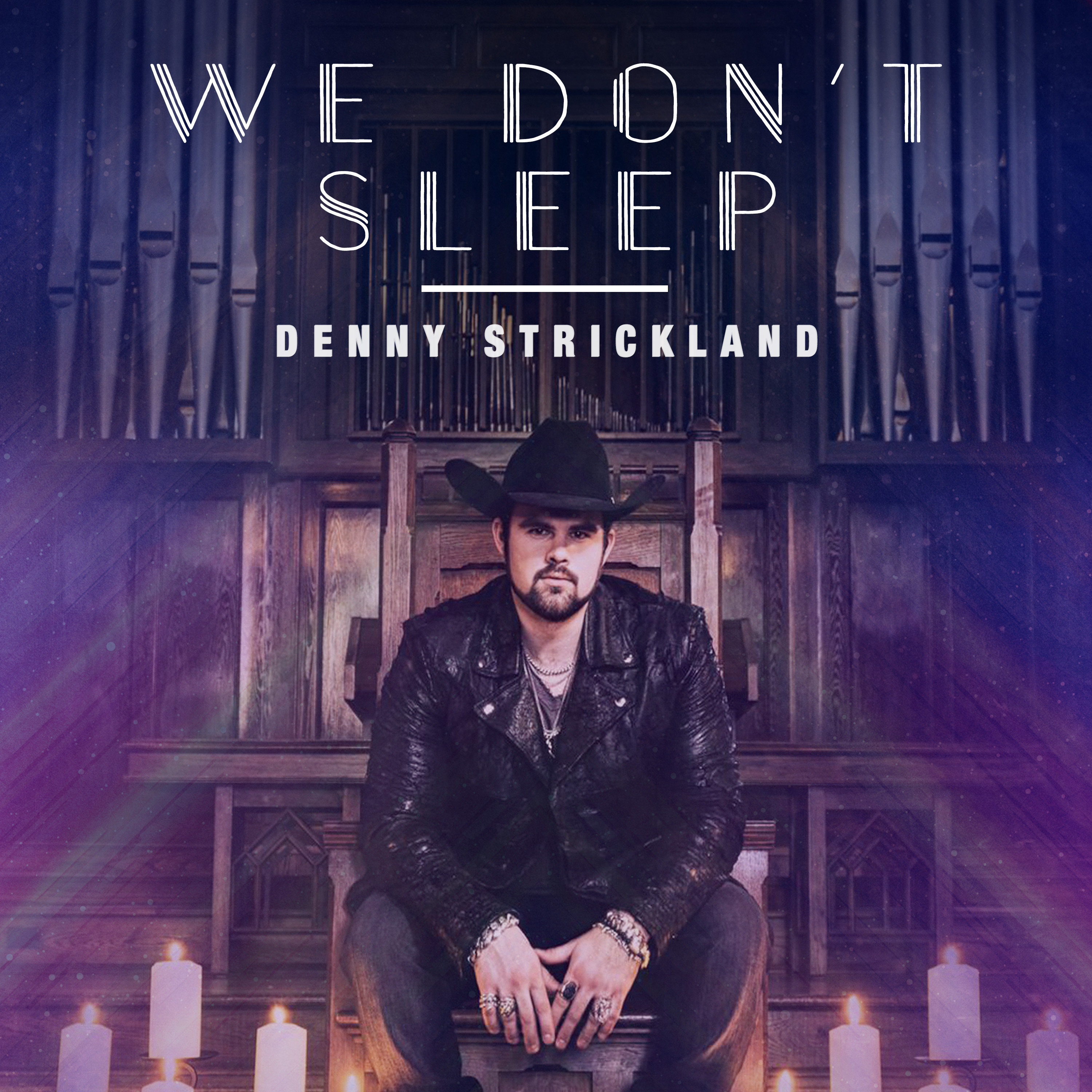 NASHVILLE, Tenn. – Hot country newcomer Denny Strickland’s video for his latest single, “We Don’t Sleep,” exclusively premiered on CMT. Fans of Strickland can now vote for his video in CMT’s 12-Pack Countdown. Click HERE to vote for “We Don’t Sleep.”

The video, shot and directed by Brian Harstine (Dolly Parton, Ke$ha), perfectly brings to life the emotional and steamy track, which is the first released song from his upcoming album, CALIFORNIA DREAMIN. The video was shot locally in various locations in Nashville, including the popular Urban Cowboy Bed & Breakfast in East Nashville.

“The video for “We Don’t Sleep” came out even better than I ever imagined. I’m really proud of this single and knew the video had to really capture the emotion behind it. Brian and I talked a lot about what we needed to get the right mood and I think he nailed it! I’m really excited to share this project with the fans,” Strickland said.

The expressive single was co-produced by Sean Giovanni and written by the successful Tommy Cecil, Jaida Dreyer, Jody Stevens and Cole Tyler. The sultry song displays Strickland’s widespread influences that provide listeners with a “structured depth of a Pop/Country record along with the emotional impact of a live band feel,” according to Giovanni.

CMT Music 12-Pack Countdown allows fans to vote weekly for their favorite 12 music videos. Voting opens 1 p.m. ET every Friday and closes at 1 a.m. the following Friday. To show your support of “We Don’t Sleep,” click here to vote for his new video.

“We Don’t Sleep” is available now on Spotify, Apple Music and Google Play.

ABOUT DENNY STRICKLAND: Denny's early career was guided by The Statler Brothers' longtime manager (and Bass player for Johnny Cash), Marshall Grant. Strickland soon found himself sharing the stage with legends Kris Kristofferson, Rosanne Cash and George Jones. With Grant's passing in 2011, he took a brief hiatus; regrouping and refocusing his efforts. He reignited his music career with the memorable MusicRow CountryBreakout™ Chart hit "Swerve On,” and quickly became an “artist to watch.” Strickland has since opened for many of today's biggest stars, including Maddie & Tae, Jamey Johnson, 3 Doors Down and The Kentucky Headhunters. Denny secured his first taste of international fame with his acoustic cover of Conway Twitty's "I'd Love To Lay You Down," which earned him a staggering four-weeks at #1 on the Hotdisc Chart. He has hosted the syndicated television show Country Fix, enjoyed sold-out shows during CMA Music Festival 2016 week and played venues from intimate night clubs to arenas. His two acoustic video series (The Dive Sessions and The Cellar Sessions) have won both fan and critical acclaim. Denny is an accomplished guitarist, keyboardist and American Quarter Horse Association horseman.

Stay social with Denny at: