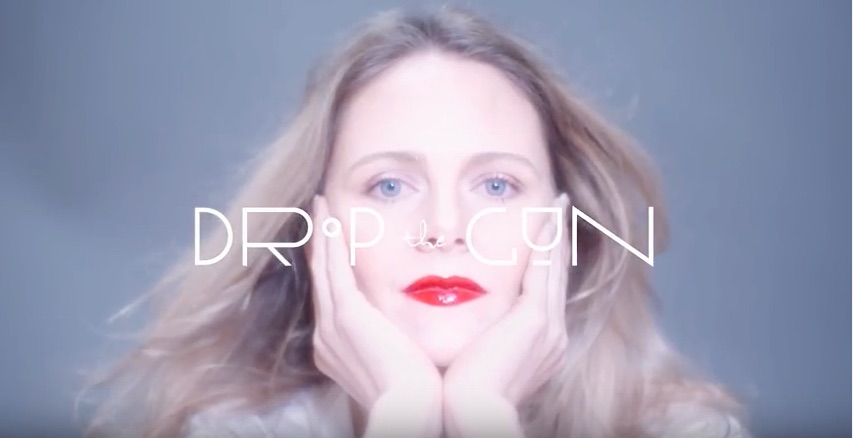 Drop The Gun is the latest project by Danish singer-songwriter, multi-instrumentalist, producer, and DJ Sara Savery. Today, she releases her debut self-titled EP on Fan Out Records and celebration shares a new video for recent single “All I Want” with Pancakes & Whiskey. Created by Blue Foundation’s Tobias Wilner, the video was inspired by the styles of the likes of French filmmaker Henri-Georges Clouzot, Serge Gainsbourg, and Jane Birkin. Using multifaceted compositions, Wilner artfully communicates the nuanced and conflicting feelings of wanting to know versus not wanting to know. About the video, Savery comments: “We filmed the music video in Denmark, France and NY. Tobias came up with this idea of superimposing a face on my hands covering my face and I immediately loved it. I like when things have a twist. I feel like the video gives a really cool, artistic description of the inner confusion and feelings that I tried to portray in the song.”

Known most notably for co-writing, singing, and recording with Blue Foundation, Brooklyn-based Sara Savery was also a member of neo-shoegaze band Ghost Society and electronica group People Press Play. Written, recorded, and produced by Savery herself, the seven track collection fully embodies the glamorous yet raw vibe that is still very much present in the streets and clubs of New York. Featuring recently released singles “Deeper” (via Popdust) and “All I Want” (via PureVolume), the rich, lustful, and intimate soundscape is highlighted by saturated arrangements, quirky synths, and lush vocals.

Watch: “All I Want” Video