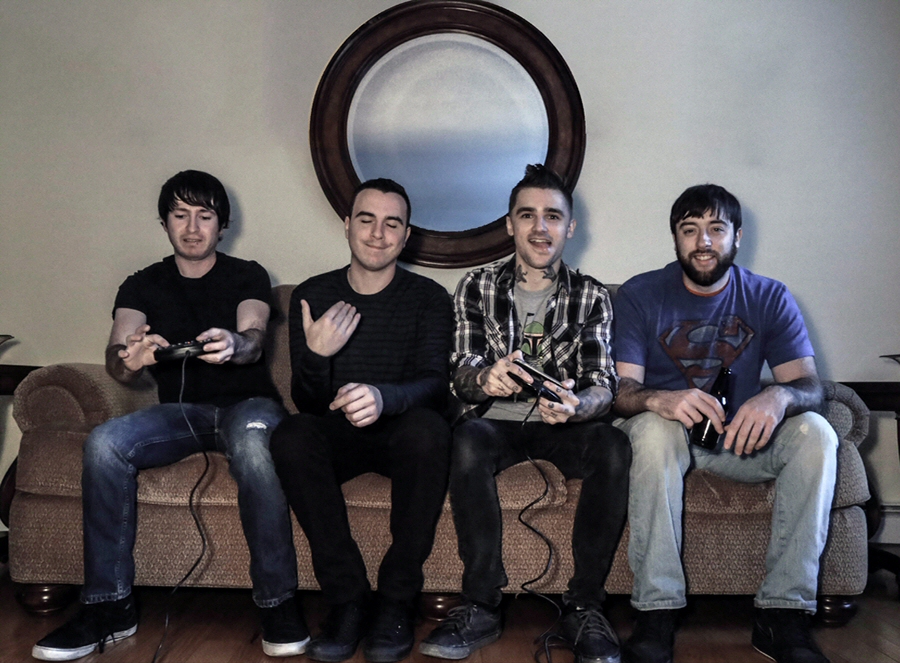 EVHO shares: “The lyrics to the song ‘Ricochet’ were written when the band went on their first two month long tour of the US. The song is about running away from your problems and then coming back to rebuild yourself to become complete again, that’s ‘Ricochet.'"

EVHO has performed "Ricochet" multiple times on national TV. Some links can be found below.

EVHO teamed up with Eliot Geller at Geller Cellar Studios and mastering done by acclaimed music producer and owner of The Brick Hithouse, Shane Frisby (Parkway Drive, The Ghost Inside, and Bury Your Dead) for their upcoming release "From the Sun" (Release Date: TBD).

Formed in 2008, four best friends from New York decided to come together to create the rock band EVHO. Drawing influence from the classic to modern rock bands, EVHO molded their own unique sound which would set them apart from a music scene fading into mediocrity. With 11 national US tours and 2 live Television performances under their belt, EVHO was fortunate enough to share the stage with quality acts like The Red Jumpsuit Apparatus, He Is Legend, The Ataris, Senses Fail, The Sleeping, Closure in Moscow, The Dollyrots, Sleeping With Sirens and many more. With an ambitious desire to share their music with the world and bring people back to the innovative roots of rock and roll, EVHO strives to help shape the future of music.