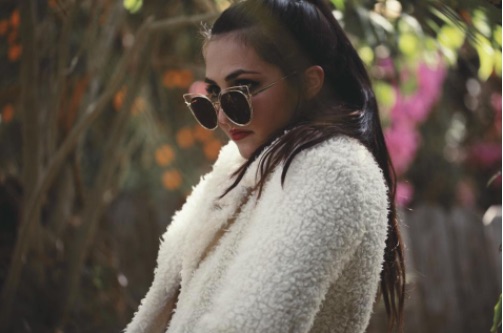 On the heels of their critically acclaimed 2016 debut EP The Art of Saying Goodbye, Venice beach-based duo EXES return with new single “Cain” premiering today with Live Nation’s Ones To Watch.  A collaborative project comprised of vocalist Allie McDonald and producer Mike Derenzo, “Cain” is a heartfelt account of loss on a very personal level. Allie comments: “Cain might be the most difficult and personal song we've ever written. Cain was my muse--my inspiration--my first love. Although we were thousand of miles apart, we somehow found each other years ago. Our virtual relationship was composed purely of poems, songs, words, emails. I was never able to touch or meet Cain--he passed away in 2015. 6 months after his death, in what felt like a movie, I flew to England to meet his friends and family. This song is about that night I spent with his mom and best friend drinking champagne and dancing until the sun came up--reminiscing on a love that almost and will always be.”

Equal parts affectionate and vulnerable in production and melody, EXES seamlessly fuse electronic soundscapes with Allie’s ethereal vocals. A detail-oriented sort of pop, “Cain” is packed with hypnotic beats, wistful lyrics – the track sees EXES emerge with one of their most compelling works to date.