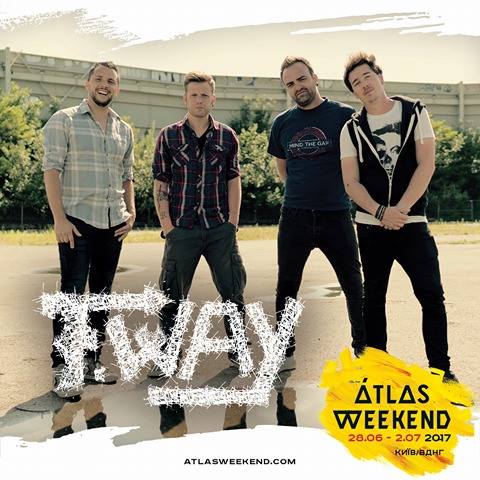 ALPHA OMEGA Management is excited to announce that their Swiss Rockers F.WAY are confirmed for Atlas Weekend, taking the stage on June 29th. Get more information at https://www.facebook.com/atlasweekend

On a cold winter night in 2014, four talented musicians, formed the band, F.WAY, with the vision to cause a stir with English Rock. Their second single/video “Valery” was released in June 2016, and it’s been aired by Swiss television, SRF3, Rete Tre, Radio 3i, Radio Fiume and other radio stations in Europe. March 18th 2017, F.WAY released their self-titled debut EP, with 4 songs, including the 3 singles of 2016.  Celebrating the EP release, the band launched also their new lyric video for the song “Taking All My Fears Away”, watch it here: https://www.youtube.com/watch?v=cVQqhUE5ssY