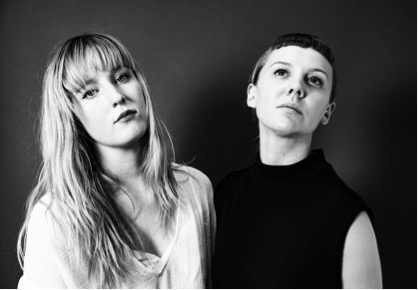 Gracie and Rachel are a study in duality: light and dark, classical training with a pop sensibility, Californians in New York. On their debut full-length, due out this Friday June 23, Gracie and Rachel pit anxiety and tension against an almost serene self-assurance. The duo announced their album with NPR alongside the introspective video for “Only A Child,” and have since shared album cuts “Let It Out,” and “It’s Time.” In celebration of the release of their highly anticipated self-titled debut collection, the band has released the dreamy “(Un)comfortable” video with Impose Magazine today.

The “(Un)comfortable” video is available HERE.

The creative pair met in high school in Berkeley, California and reunited in Bushwick, Brooklyn, building out a loft to be their home and studio where they crafted this debut. To experience the band live displays an almost tangible quality to their deeply rooted bond. Having shared stages with Julien Baker, Lucy Dacus, Joseph, and Half Waif, among others, the duo is sure to give standout performances at a handful of upcoming summer festivals and their co-headlining summer tour with Henry Jamison. Fans can also catch the band live in NYC for their record release show July 19 at Union Pool.