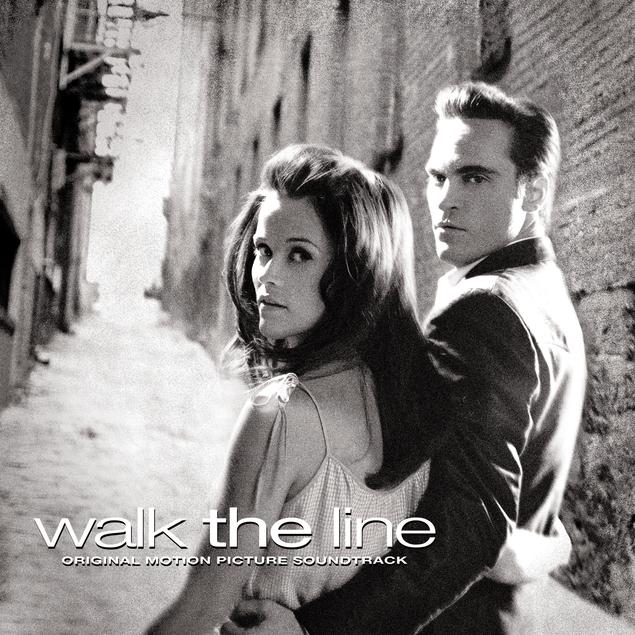 Los Angeles, CA - Craft Recordings announces the vinyl debut of the best-selling soundtrack to the 2005 Johnny Cash biopic, Walk The Line. Due out July 21st, the album features original recordings from the Academy Award-winning film, with fiery performances by actors Joaquin Phoenix and Reese Witherspoon, and deft production by the legendary T Bone Burnett.

Stepping into the boots of one of music's most iconic figures, Joaquin Phoenix delivers a collection of Johnny Cash's most memorable songs on this GRAMMY®Award-winning soundtrack. Rather than sourcing Cash's original masters, Director James Mangold took a fresh approach to the soundtrack, appointing legendary producer T Bone Burnett (O Brother, Where Art Thou? Elvis Costello, John Mellencamp) to navigate Phoenix and his fellow cast members through new recordings of classic country and rockabilly tunes. Phoenix's performance captures the same rawness and power that made The Man in Black an undeniable force, while Reese Witherspoon brings the songs of June Carter alive. With the addition of classic country and rockabilly covers by Tyler Hilton, Johnathan Rice, Shooter Jennings and Waylon Payne, Walk The Line's original soundtrack recording serves as a lively tribute to some of American music's most legendary figures.

Following its original release in 2005, the album made quite a splash - peaking at #1 on the Billboard Soundtrack chart, #3 on the Country Albums chart and #9 on the Billboard Top 200. The title not only garnered a 2007 GRAMMY® Awardfor Best Compilation Soundtrack, but was also certified Platinum by the RIAA in 2006. AllMusic.com praised the album as "A good tribute to both [Johnny Cash and June Carter], while providing some fascinating insight to the art and craft of Phoenix and Witherspoon as actors."

Preorder Walk The Line on vinyl on Amazon.