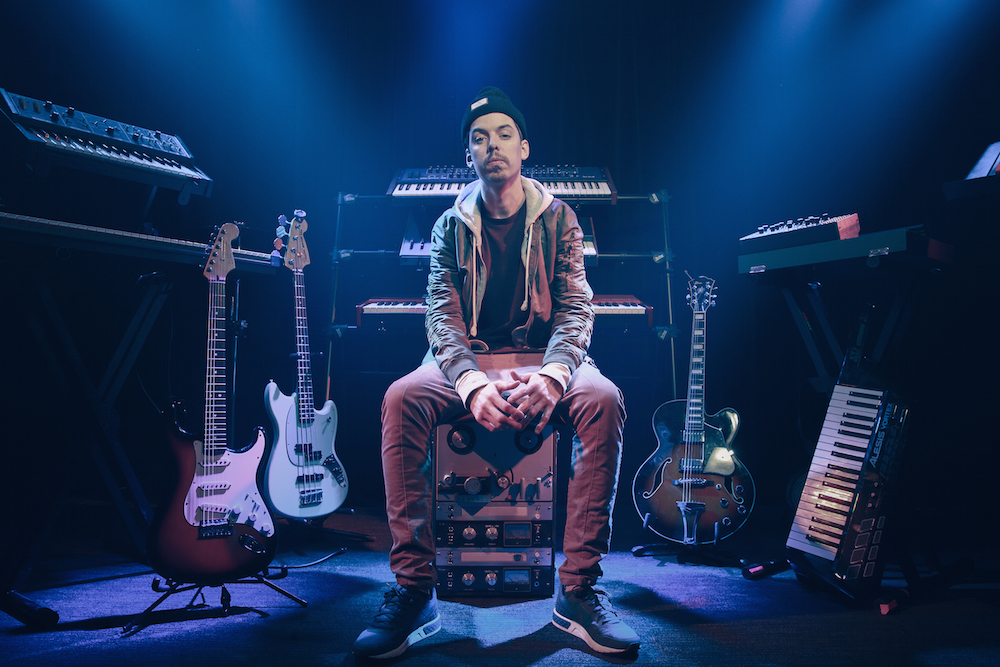 Today, Seattle rapper/producer Grieves announces his fifth studio album Running Wildset for release on August 25th via Rhymesayers Entertainment and shares first single “RX”. A follow up to his 2014 Winter & The Wolves LP which hit #13 on Billboard’s Rap/Hip-Hop Albums chart and #57 on the Billboard Top 200, Grieves emerges with a modernized sound that is lush and intoxicating, pairing punchy drums with thick layers of synths and warm bass lines. Whether dark and moody, or upbeat and jazzy, Grieves navigates the soundscape, penning verses that range from vulnerable and confessional to carefree.

About “RX”, Grieves (aka Benjamin Laub) comments: “This song is about my battle with anxiety and panic attacks. To me it almost sounds like drowning. The verses have this tension and by the time the chorus hits, you feel at peace and underwater. It breaks a lot of boundaries for me artistically. It's big, it's modern, it's dark, it's vulnerable, and it's real.”

Running Wild is a 15-track collection recorded in Seattle and Stockholm alongside Swedish producer Chords (Jens Eric Resch Thomason). Featuring guest appearances from Fearce Vill, Romaro Franceswa, Paris Alexa, and Davey Jones, the album features elements one might expect to find on a classic soul record, such as rich guitar tones and humming organs, mixed with modern and experimental components. The record balances Grieves’ dueling impulses to have a good time while staying true to himself. It’s a kind of openness – both sonically and thematically – that Laub attributes to how and where the record was made.

Grieves emerged in 2007 with his independently released album, Irreversible. In the years that followed, he wholly devoted himself to touring, writing and recording, honing his craft and defining his sound. His 2011 Rhymesayers debut, Together/Apart, was a career landmark and a testament to his growth in both, his writing and delivery, and this progression was re-affirmed by his follow-up, Winter & The Wolves, in 2014.  Now, after three years, Grieves prepares to reveal further evolution, with the release of his new full-length album, Running Wild on August 25th.