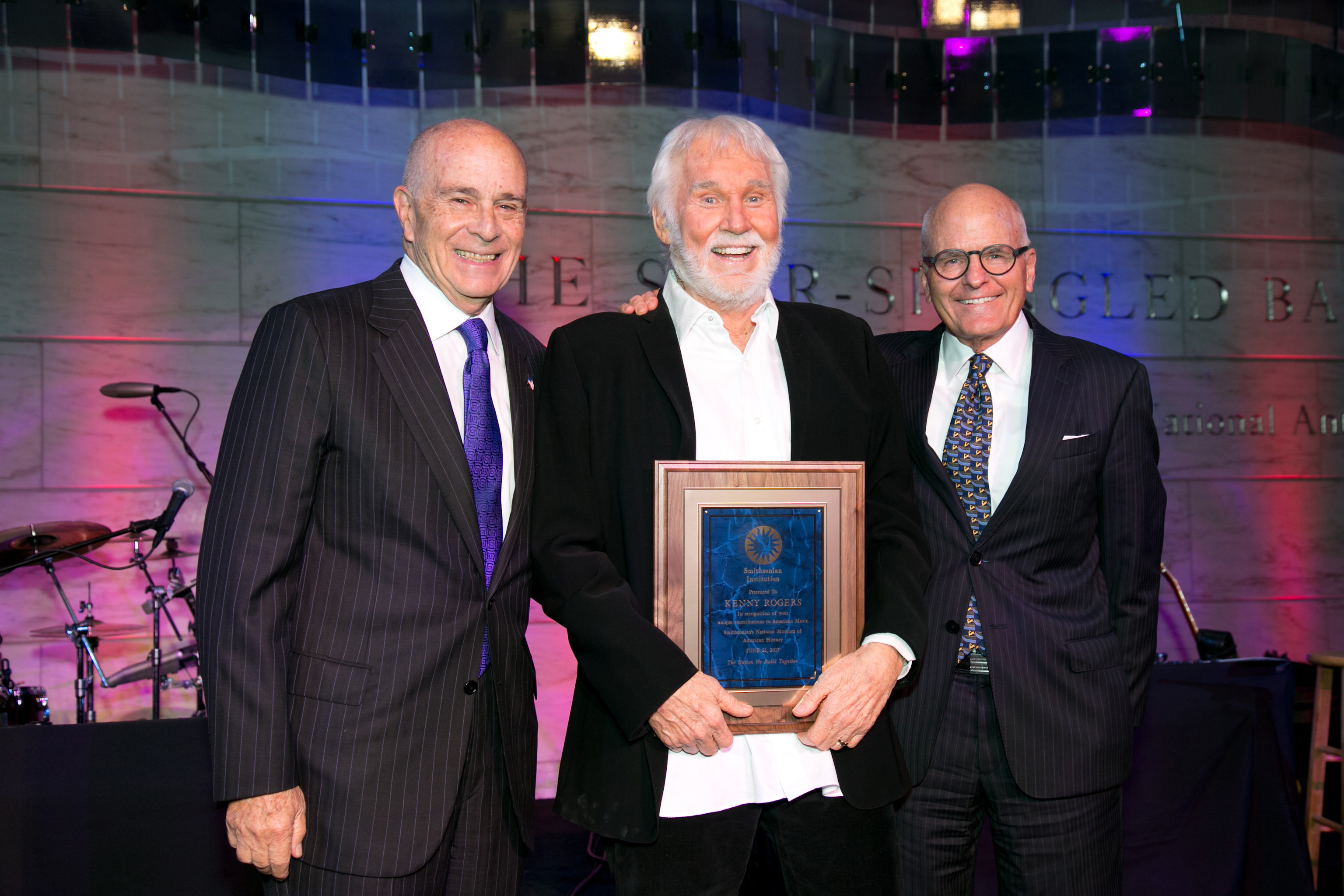 NASHVILLE, Tenn. – Country Music lcon Kenny Rogers set the tone during The Nation We Build Together gala opening at the Smithsonian's National Museum of American History last night. Performing in front of the gallery that houses The Star-Spangled Banner, the actual flag that inspired what is now the national anthem, Rogers sang his song “’Merica” illustrated with his photo images of the landscapes and people of “the land that I love…America.”

The Nation We Build Together is a presentation of four exhibitions and interactive experiences that invite audiences to immerse themselves in the fundamental American stories, from the founding of the country, through today. The newly transformed second floor of the museum’s west wing opens June 28th.

Following the six-song set, which also included “Ruby, Don’t Take Your Love To Town,” “Lucille,” “The Gambler,” “Islands In The Stream,” and “You Can’t Make Old Friends” to a capacity crowd of 600 guests, the museum acknowledged Rogers’ “unique contribution to American music.” The honor was presented by the museum’s director John Gray and Ambassador Nicholas Taubman, chairman of the museum’s board.

“I thank you more than you know for the gift of that experience,” Rogers remarked. “Who would believe that a child from the projects in Houston, Texas could ultimately end up in The Smithsonian Institution? It is truly the American Dream.”

After more than five decades of touring and entertaining the world, Kenny Rogers is currently in the middle of his final worldwide tour: “The Gambler’s Last Deal,” which is expected to run into 2018.

Rogers has sold more than 120 million albums worldwide. He has charted a record within each of the last seven decades. The first country artist to consistently sell out arenas, Rogers achieved pop superstardom as well — his 28 Billboard Adult Contemporary Top 10's rank him fourth-best of all time among men, trailing only Elton John, Neil Diamond, and Elvis Presley. Rogers has recorded 24 No. 1 hits, 12 No. 1 albums, 25 Top 10 country albums and is the RIAA’s eighth best-selling male solo artist of all time. The Country Music Hall of Fame member has received three GRAMMY® Awards, 11 People's Choice Awards, 19 American Music Awards, eight Academy of Country Music (ACM) Awards and six Country Music Association (CMA) Awards, among many other accolades.

For the most up-to-date information on ticket on-sale dates, please visit: