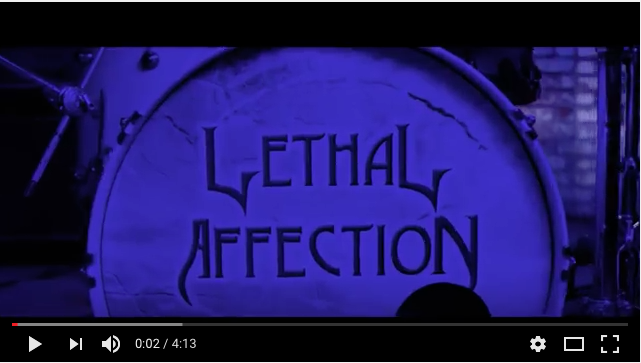 If you're looking for a band with shredding guitar, heavy grooves, and operatic vocals, look no further than New Jersey's own Lethal Affection. The band was founded five years ago in New Brunswick by guitarists Joe Percario and Nick Kashmanian to shake up the musical landscape and put classic heavy metal back on the map. Joined by lead vocalist Noah Simon, and by drummer Cameron Rozell, this high-energy metal outfit is proving that rock and roll is still very much alive and well.

Today Lethal Affection has partnered up with Metal Insider for an exclusive premiere of their new video for the single "Frozen in Time".  Check out the video HERE.

The single appears on their upcoming full-length album "Choose a Side" due out this fall.  "Choose A Side" was recorded at Conclave Studios in Manhattan, produced by Corey Pierce of God Forbid, and mixed by Christopher "Zeuss" Harris.

A lyric video for the first single released from the album "Taste of Anarchy can be viewed HERE.

Both "Frozen in Time" and "Taste of Anarchy" are available for purchase or stream at the links below.

Make sure to check out Lethal Affection live.  More shows will be announced soon!