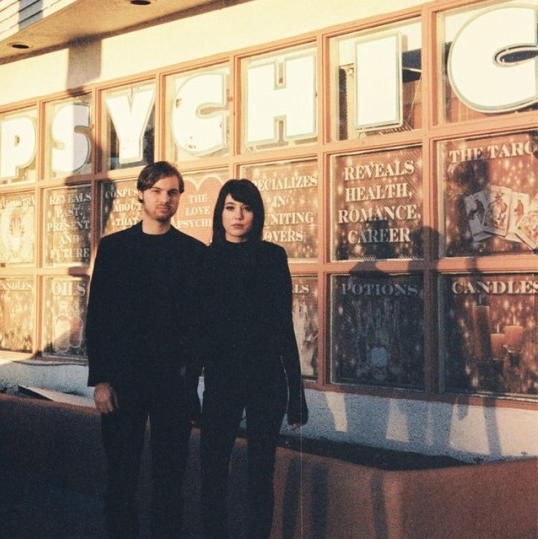 Los Angeles duo, Livingmore are ready to emerge from their cocoon with their debut record, Ok To Land. Taking cues from acts like Rilo Kiley, Mitski and Jenny Lewis, and adding their own eccentric and optimistic touch, the indie two-piece have channeled the ultimate feel good album, Ok To Land, just in time for summer.

The band, comprised of songwriters Alex Moore and Spencer Livingston, who met in Los Angeles in 2014, have already begun to generate buzz from the HypeM blogosphere with the release of their self-titled EP in 2015. Drawing inspiration across several genres and from acts such as Garbage and The Kinks to Belle and Sebastian, Moore and Livingston write dreamy, optimistic songs that sound like, in their own words - “a mixture of Blondie and The Everly Brothers.”

From the childlike essence of trying to decide what to do when you grow up in ‘Cocoon,’ to the upbeat and straightforward ‘Never Slow Down,’ to the slow and dreamy ‘Transition,’ Livingmore’s first full length record is a lush collection of indie pop tracks with an underlying theme of optimism.

Their first single from their new record, “Cocoon,” is slow-burning, guitar heavy track, with flourishes of western-tinged riffs layers over Moore’s crooning melodies. On the inspiration behind the track, Moore notes: “You realize growing up isn’t just like, you’re a kid and then you’re an adult. There’s all these things in the middle, and it’s easy to get stuck in a phase in your life where you feel cocooned, in a way.”

The record’s anthemic title track, ‘Really Mean It’ is accompanied by an animated stop motion video created by Moore’s brother, Dillon. “We really just wanted to make a video that was totally organic and back to basics but at the same time unique and fresh. That’s kind of what this band is really about when you get down to it,” he explains.

“We never really plan when we’re going to write, we just wait for it to happen,” Livingston notes, while explaining the band’s songwriting process. Each song has a totally organic approach - sometimes born from Livingston playing a melody and Moore composing accompanying lyrics on the spot; other times with both of them writing songs separately and meeting in the middle.

“We can be reborn in all kinds of different ways, where now we feel like butterflies again. We’ve regained confidence in ourselves and are ready to move to the next chapter, whatever that may be,” Moore explains defiantly. Livingmore are certainly ready to emerge from their own cocoon - look out for Ok To Land, coming this summer.