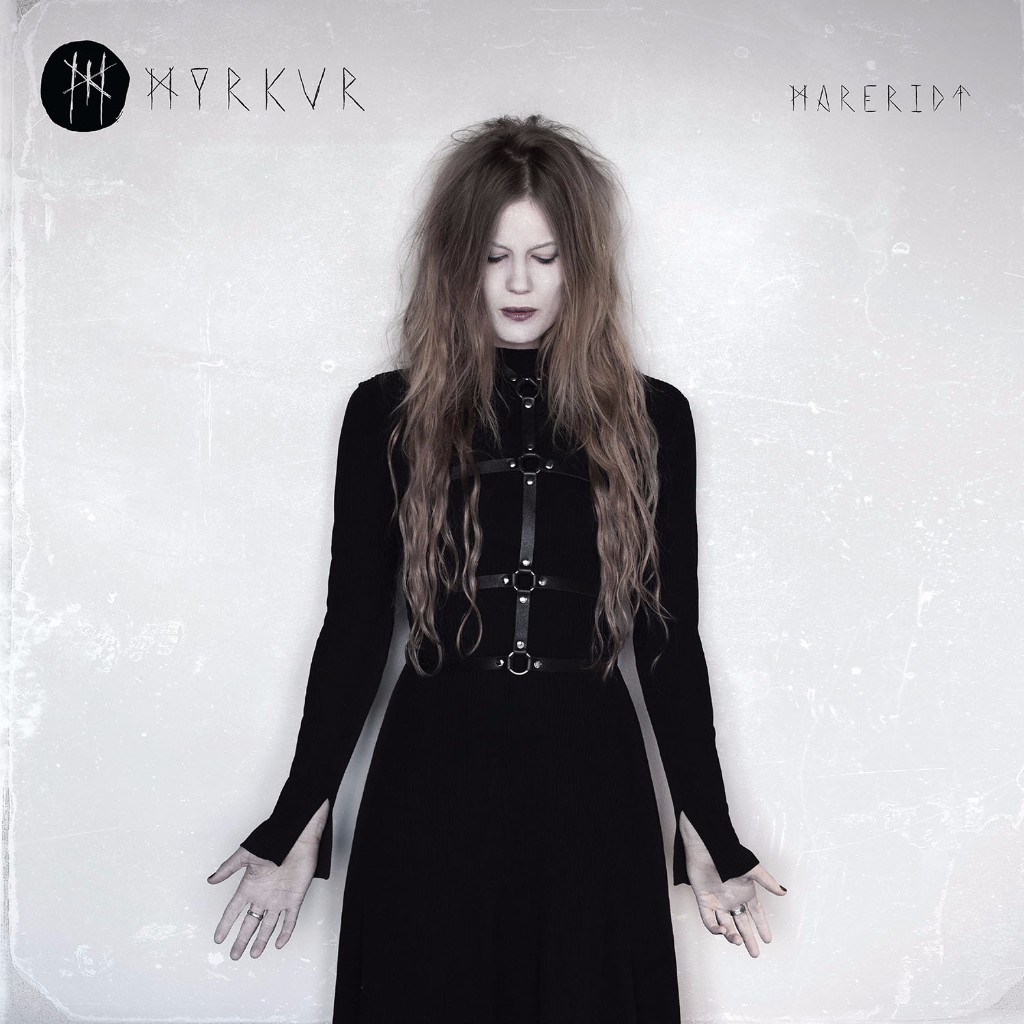 'Mareridt' (translation: Nightmare) is a rich juxtaposition of the dark and the light; the moon and the mother earth; the witch and the saint. MYRKUR explores deeper into the mysterious and the feminine with 11 tracks that further progress her visionary blend of metal with gorgeous, stirring melodies, dark folk passages, choral arrangements and superb, horrific beauty.

Further taking MYRKUR to new artistic heights are lyrics in multiple languages, an unforgettable collaboration with Chelsea Wolfe and an array of special instrumentation including violin, mandola, folk drums, nyckelharpa (an ancient Swedish key harp), and Kulning (an ancient Scandinavian herding call). 'Mareridt' is a profound manifestation of nightmares that demonstrates MYRKUR as one of the truly exceptional artists of our time.

"I wanted to make an album that I always needed to exist but never did," Bruun explains. "So, I wrote it myself."

MYRKUR found herself plagued by insufferable nightmares and sleep paralysis. "I was in one of the worst times of my life," she recalls. "I was afraid to sleep."  She reluctantly lived in her subconscious and tried all the movements that would normally center her: being in nature, swimming, sitting outside and carving wood, but nothing changed.

"You know how they say that when you have been through trauma or abuse, you tend to recreate the situation in an attempt to take ownership of it?" she says. "I think I was doing that. I was trying to solve things [in my nightmares] that I could not solve in real life. Things I could not run away from."

MYRKUR knew she had to start listening. She stopped trying to shove the nightmares away, and embraced them. She kept a notebook by her bed and documented everything from the recurring symbols, archetypes and animals that crawled around her head. She obsessed over Nordic fairy tales, mythology and folklore. She pulled meaning from Hans Christian Andersen's Little Mermaid to verses from the Bible, and connected these stories to the spiritual solace she found outside her house. Once the songs started coming, they didn't stop. MYRKUR would bring a small, string instrument into the forest to write. "It's very giving," she says. "Your environment becomes part of the song, and the songwriting. I just love that. Nature changed this record." She was manic, writing any moment she was awake, expelling the subliminal material like an exorcism.

"This record is very connected to my true self, without an ego or persona," MYRKUR says. "I am interested in human spirit, when it goes beyond the layers. When I get to that place, I feel invincible."

'Mareridt' was recorded between Copenhagen and Seattle with producer, Randall Dunn (Earth, Marissa Nadler, Sun O))), Boris). Like a marriage of King Diamond's 'Them' with Tchaikovsky's 'Swan Lake', 'Mareridt' is a carefully composed concept freed from genre. It flows between English and Danish, from guttural growls charged with testosterone, to emotive feminine hymns and Kulning. The compositions sweep into one another like a soundtrack designed to guide the listener through emotional turmoil. One minute the songs are fighting back, the next lulling you to submission. Lyrically, MYRKUR hatches open the folklore of her Nordic heritage, applying the ancient fables to her personal piety. 'Mareridt' toys with juxtaposition and finds life between theoretical opposites. Timeless, triumphant, powerful and hypnotic, 'Mareridt' is a sonic nightmare that you never want to escape.