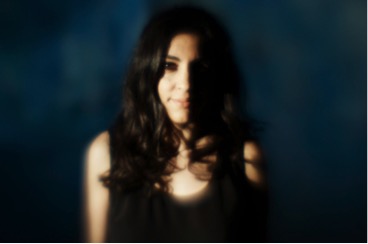 Nadine Khouri announces a new digital EP Catapult via One Flash Records released on June 30th, followed by a headline show at The Lexington in London on July 12.

It follows the British artist's debut LP The Salted Air. Released earlier this year, the John Parish produced collection cemented Khouri’s one-to-watch status.  The album was hailed by MOJO as "A thing of dark possessed beauty” in their four-star album review, celebrated by Q (Feb 2017 Critics Choice) and was selected as one of Rough Trade’s Albums of the Month (Jan 2017).

“I met John after a show of his in London several years ago; I'd always been a huge fan of his work.  After hearing my EP, he invited me to sing on a track of his called 'Baby's Coming.’  When it came to making my album eventually, I sent him my new songs and asked if he'd be interested in producing,” explains Khouri of their collaboration.