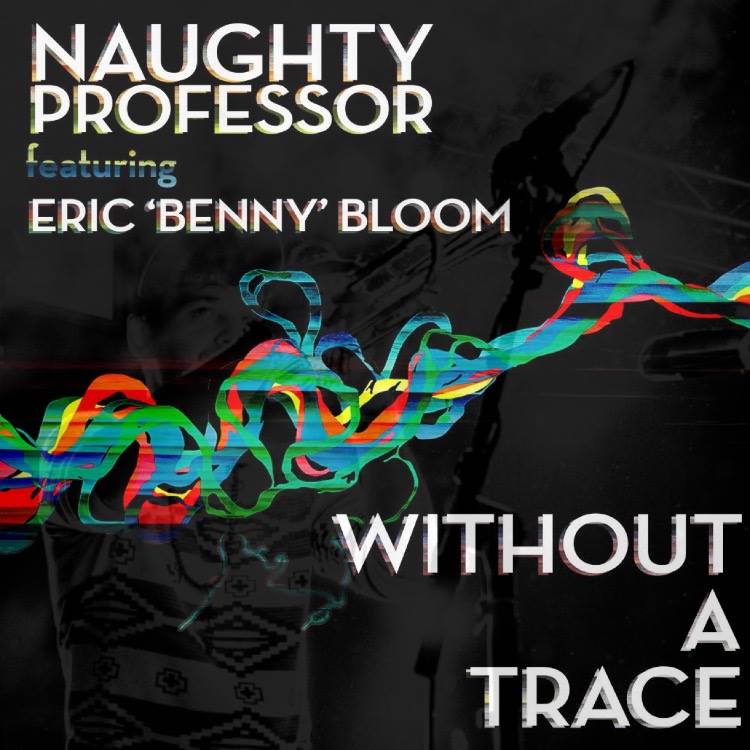 WATCH “WITHOUT A TRACE” HERE

"When writing this song, I was aiming to have something put the horn section on display,” explains Naughty Professor’s John Culbreth. “This was a rare opportunity for me to play with another trumpet player... and who better than Benny Bloom? The sonic difference between a horn section with one trumpet and a section with two is immense."

Recalling the recording process, Benny Bloom shares, “Recording with Naughty Professor was a lot of fun. They are all strong musicians individually and play great together. ‘Without A Trace’ has a sort of dark vibe to it, which I dig. I also like that the whole horn melody is in 4-part harmony! The Naughty P horns have really interesting harmonies, which makes playing being in a 4-piece horn section really satisfying!"

“Without A Trace” marks the third track release from Identity, which is available for preorder now, here. Mixed by Grammy-Award Winning producer Qmillion (Robert Glasper), Naughty Professor raises the stakes on its upcoming album release.  Where their prior releases showcased the group's knack for self-contained instrumentals, Identity finds the band teaming with a stellar assortment of more than a dozen cutting-edge collaborators, with David Shaw of the Revivalists, Ivan Neville, Benny Bloom, Mike Dillon, members of The Soul Rebels, and others lending vocal, instrumental and compositional contributions.  The result finds Naughty Professor expanding their music into exciting new territory.

Recently named an “Artist You Should Know” by Relix Magazine, Naughty Professor have previously released two singles from Identity, including the politically charged track “Darker Daze” featuring legendary hip-hop artist Chali 2na (Jurassic 5) and fellow New Orleans musician Dexter Gilmore, and buzzed-about song “Stray” featuring David Shaw (The Revivalists) on vocals. Offbeat describes, “The Revivalists frontman’s smooth, soulful style is a great fit for Naughty Professor’s laid back energy,” while Live Music Daily praises, “What we hear and see in this video is the longevity of New Orleans’ musicians producing music that touches the heart and soul and pulls at the emotions of the human heart.”

Of their collaboration, and the timeliness of the “Darker Daze” message, Charli 2na notes, “’Darker Daze’ is a song that reflects the opinions, predictions, and fears of people who are against a Donald Trump led America. Basically, ‘Darker Daze’ is our way of saying, whether you like it or not, fasten your seat belts because there will be turbulence! The Naughty Professor family created the inspiration and the vessel to convey this concept and I am happy to have been a part of this collaboration.”

Recently, Naughty Professor announced a comprehensive North American album release tour. Kicking off with a few stops in the Midwest, including the Taste of Randolph Festival in Chicago on June 17th, the band will celebrate Identity’s release with a hometown show at Tipitina’s Free Friday Party on June 23rd in New Orleans. The band will then head back out to hit 26 cities across the country, including shows in Arizona, California, Idaho, Nevada, New York, Ohio, Oregon, Texas, Utah, and Washington. All confirmed dates are below with more to be announced soon.

About Naughty Professor: Together since 2010, Naughty Professor’s adventurous recordings and horn-charged, high-energy live performances have earned them an enthusiastic fan base as well as widespread praise from their musical peers.  The ensemble's first three albums have won acclaim from fans and critics alike, and their diligent roadwork has established Naughty Professor as a beloved live act.  Weaving together complex, inventive compositions and loose, organic improvisation, Naughty Professor’s music honors their hometown's jazz, R&B and brass-band traditions, while their unique, signature sound contributes to New Orleans’ ever-unfolding musical legacy.