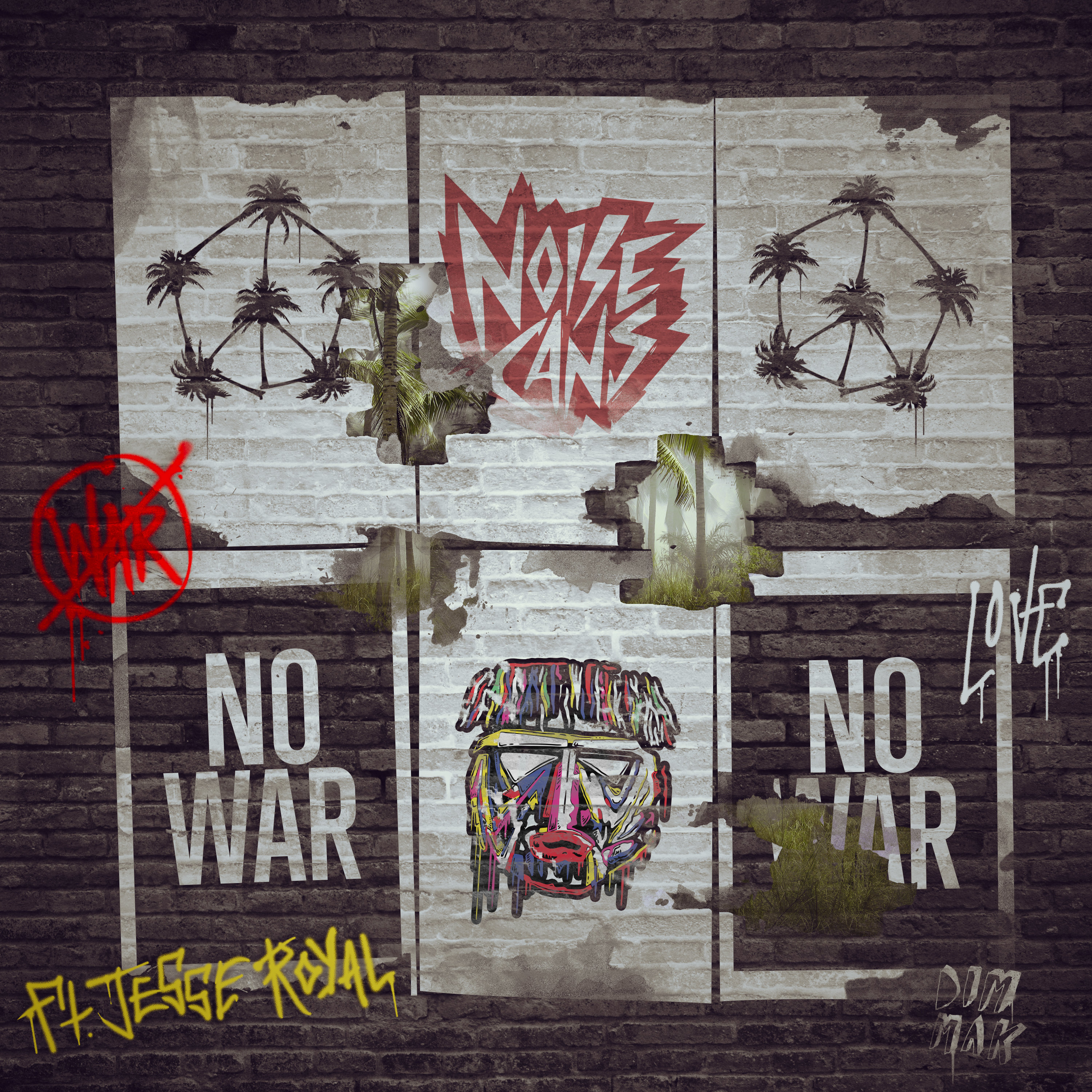 Los Angeles, CA  – Noise Cans enlists the help of Jamaican roots reggae vocalist Jesse Royal on the protest song, “No War,” which was recently premiered on HuffPost. Layering Royal's impassioned rally calls over a dubby, melodic electronic production, the masked Caribbean delivers a powerful anti-war message. In his own words: “Living in this current landscape of negativity, uncertainty, and divide, music is the one thing that brings us together. For me, ​this song is​ a way to shine light on these issues while at the same time offering what I hope is an escape, and some relief where I always find it - in music.”

Escapism and politically-charged lyrics run deep within Noise Cans. The first single off his forthcoming Masquerave EP, “Caan Dun,” takes the Jamaican slang term to heart and explores liberation through a never-ending dance. The track received a head-turning music video premiered on The FADER, who described it as “The best of reggae and electronic music.” Along with his focus on activism, Noise Cans stands authentically in his dedication to his Bermudian culture. Drawing inspiration from the Gombey, an iconic symbol of Bermuda born of resistance to authority, Noise Cans expresses a contemporary embodiment of this rich folkloric tradition rooted in African, indigenous, Caribbean, and British cultures.

Adding to the positive message through poignant vocals is Jamaica’s Jesse Royal. His passion for peace stems all the way back to his childhood, when he befriended the son of Ziggy Marley, Daniel “Bambaata” Marley. Today Royal is revered as leader of the “Reggae Revival,” where his songs inspire listeners to love and connect with one another. His inspiring story earned him a spotlight in Vogue’s “Reggae Revival” report, as well as an episode of Noisey Jamaica on VICELAND. Through hits like “Modern Day Judas” and his acclaimed Royally Speaking mixtape (produced by Major Lazer’s Walshy Fire), Royal continues to innovate and ignite the reggae world. Earlier this spring, he announced his forthcoming debut album Lily of Da Valley featuring “Always Be Around.”